Africa is Getting Closer: Astana and Dakar are Expanding Partnership

The upcoming official visit to Kazakhstan of Macky Sall, the President of the Republic of Senegal, opens a new page in the relations of Kazakhstan with African countries, as it is the first official visit of the head of the non-Arab African state to Astana. The strong desire of such a distant country as Senegal to develop a partnership with Kazakhstan is not coincidence. Dakar, within the scope of expansion of its international relations on the Eurasian continent, is interested in establishing close ties with the leading country of the Central Asian region – Kazakhstan, which has an extensive economic and investment potential, occupies an important place on the political map of the world and enjoys a well-deserved reputation in the international arena. 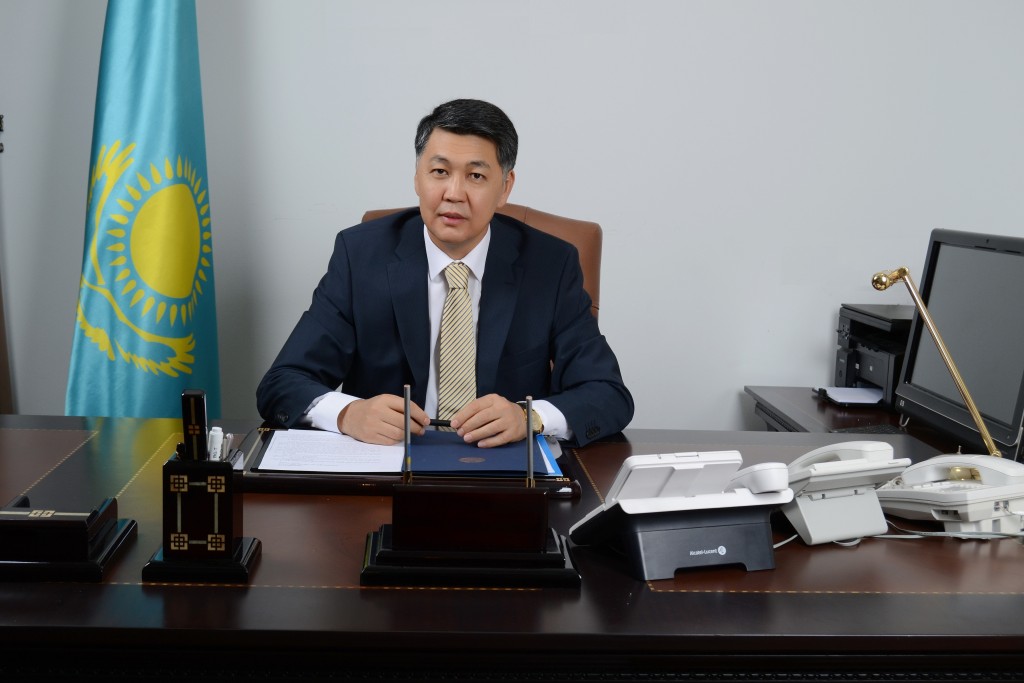 In addition, Senegal is interested in Kazakhstan’s unique experience of ensuring inter-religious and inter-ethnic harmony and implementation of advanced economic reforms. At the meetings that I held with the representatives of Senegal, they have repeatedly expressed their admiration for the successful accomplishments of our country in such a short period of independence under the leadership of Nursultan Nazarbayev, the President of Kazakhstan. In this regard, no wonder the President of Senegal expressed his desire to visit Astana in order to personally discuss with the head of our state the ways of establishing close bilateral cooperation.

As it is known, nowadays Kazakhstan has its partners in almost all parts of the world, including in Africa, because of its pro-active foreign policy and worldwide extent of foreign relations.

In turn, today Senegal enjoys considerable authority among the African states and in the international arena. Certainly, Kazakhstan needs such successful and reputable partners around the world.

By now, Astana has established diplomatic relations with most of the countries on the continent. There are three functioning Kazakh Embassies in Africa: in Egypt, Ethiopia and South Africa. At the end of 2013, Kazakhstan was granted observer status in the African Union – the prestigious continental organisation that provides us with new opportunities for the development of mutually-beneficial bilateral and multilateral cooperation with African countries.

However, the geographic remoteness of African countries from our region, as well as Kazakhstan’s lack of access to the open oceans, creates certain difficulties in the active development of trade and economic relations. Therefore, nowadays relations with the countries on the African continent are more concentrated on the interaction within the framework of multilateral institutions.

Thus, on a regular basis the senior officials of the Ministry of Foreign Affairs of Kazakhstan take part in the summits of the African Union, which makes it possible to maintain regular contacts with the countries on the continent and coordinate positions on many important international issues, successfully promoting our foreign policy initiatives.

Largely due to the wide support of African countries, Astana has successfully won, in a competition with the Belgian city Liège, the right to host the international specialised exhibition EXPO 2017 and implemented President Nazarbayev’s initiative on establishing the Islamic Organisation for Food Security, since most members of this organisation are African countries.

Another example of successful cooperation is the support on the adoption of the UN Resolution “Universal Declaration on Building of a Nuclear Weapon Free World” initiated by President Nazarbayev at the General Assembly of the United Nations. It was co-sponsored by 35 countries, including 11 African countries, among them Senegal.

It should be mentioned that the Black Continent, as well as our region, suffered in the past from testing of nuclear weapons. For example, France conducted 17 nuclear tests in the Sahara Desert on the Algerian territory. In this regard, African states are active supporters of building a nuclear weapon-free world and strengthening the non-proliferation regime. In 1996, a nuclear-weapon-free zone was set up on the African continent, as well as in Central Asia.

We also rely on the support of the African countries on the candidacy of the Republic of Kazakhstan for a non-permanent seat on the UN Security Council for 2017-2018.

For its part, Kazakhstan has not remained aloof to the outbreak of the Ebola virus in Western Africa and allocated financial assistance in the amount of $350,000 to the African Union and the trust fund of the UN.

Jointly with the United Nations Development Programme (UNDP), our country tries to contribute to the improvement of the level of education on the continent. In particular, last year Astana organised the professional training for 72 representatives from 20 African countries in the fields of healthcare, agriculture and the oil and gas industry. This year, we will start the training programmes for African diplomats in Addis Ababa.

Furthermore, Kazakhstan is seeking to contribute to the international efforts to maintain peace and security in Africa. Several Kazakh military officers are involved in the UN peacekeeping missions in Côte d’Ivoire, Liberia and Western Sahara.

As for Senegal, our two countries have achieved a high level of mutual political trust in the international arena. The positions of Astana and Dakar on a variety of global and regional issues are similar or close.

Senegal is one of the few non-Arab African countries with which Kazakhstan has regular bilateral contacts even at the highest level. In particular, in September 2013 President Nazarbayev met with his counterpart President Sall on the margins of the G20 Summit in Saint Petersburg. In March 2008, Marat Tazhin, the then Minister of Foreign Affairs, headed the Kazakh delegation during the 11th Organisation of Islamic Cooperation (OIC) summit in Dakar where the “Protocol on Establishing Diplomatic Relations between Senegal and Kazakhstan” was signed.

Senegal, as well as Kazakhstan, has a strong adherence to the multi-vector approach in its foreign policy strategy and maintains friendly and mutually-beneficial relations with all major countries of the world.

Today, the President of the Republic of Senegal is the chairman of the authoritative and most advanced regional organisation in Africa – Economic Community of West African States (ECOWAS). It is the only association in Africa that has union peacekeeping forces, a joint Parliament, court of justice and the investment bank. The free trade zone is functioning within the framework of the community as well.

The strategic geographic position of Senegal is defined by the presence of the vast Atlantic coast. The world’s most important shipping lanes pass along this coast. The Senegalese naval base also located in the largest commercial seaport of Dakar in the coastal zone of the Atlantic Ocean.

Since its independence, this Western African country has shown stable, dynamic and democratic development. Unlike many other African countries, Senegal has avoided any political-military coups, violent power shifts and other forms of instability. Moreover, according to Western experts, Senegal is an advanced model of democracy in the region, where power is transitioning solely during the electoral process.

Along with the development of the democratic processes in the country, Senegal has created favourable conditions for foreign investors. The large infrastructure projects are under active development.

Senegal was elected three times as a non-permanent member of the UN Security Council (1968-1969, 1988-1989 and 2016-2017) and six times was a member of the Economic and Social Council (ECOSOC), which demonstrates a high degree of confidence of the international community in Dakar and stresses its leadership in African affairs.

Senegal has one of the most efficient armies in the region and has a long experience of participation in peacekeeping operations in various parts of the world under the auspices of the UN, the African Union and ECOWAS.

In my opinion, during the upcoming visit the parties will be able to find a mutually-beneficial common ground for establishing cooperation in the agricultural sector, which employs about 75 percent of the Senegalese labour force. For example, Kazakhstan’s agricultural companies can come in contact with Senegalese partners to establish mutual supplies of various products, as well as access to markets in Central Asia and West Africa. Senegal is one of the leaders in the export of peanuts. The production of cereals, cotton and horticultural products is also increasing in this country every year.

In recent years, Senegal showed active development in the oil and gas industry. Petrosen [the Senegalese national oil company], in partnership with American, Australian and British corporations, conducts shelf exploration in the coastal areas of the Atlantic Ocean. In this regard, Kazakh companies might be interested in opportunities to participate in oil and gas projects in Senegal.

In the modern world, cultural ties are acquiring an increasing importance that not only deepens mutual knowledge, but also lays the foundation for cooperation between the nations and creates an atmosphere of trust and mutual understanding. Therefore, one of the main topics of discussion during the visit of Sall will be the development of cultural relations between our countries.

Senegal’s achievements in football are well known to the whole world and this sport, along with basketball and wrestling, is considered to be the most popular sport in this country. I still remember the 2002 FIFA World Cup when the Senegalese national team reached the quarter final, while in its first match Senegal sensationally defeated the world champion of that time – the French team, by a score of 1-0. Currently, Senegalese players successfully perform in European clubs, as well as in Kazakhstan. Representatives of Senegal are playing quite well on the Irtysh, Ordabasy and Taraz football clubs.

In addition, the Senegalese side is interested in establishing cooperation in the field of education; in particular, Senegalese youth studying in the universities of Kazakhstan in technical, medical and other specialties, as well as organising trainings courses for its experts in oil and other sectors of industry.

During the upcoming talks, the parties will also discuss possible ways to establish cooperation in the security and military-technical field.

Thus, the official visit of President Sall to Astana bears historical importance to the development of relationships between Kazakhstan and Senegal, as well as between Central Asia and the region of Sub-Saharan Africa as a whole, given the fact that it is not only the first visit in the history of the two countries, but in the history of the two regions. Moreover, the arrival in Kazakhstan of one of the most prominent and influential leaders of the African continent will provide a positive resonance on the eve of the vote in June of this year on the candidature of Kazakhstan for a non-permanent seat on the UN Security Council for the period of 2017-2018 and strengthen the role of our country on the international arena.

I am confident that the visit of the head of Senegal will be a driving force in the expansion of bilateral political, economic and cultural relations.

The author is Kazakhstan’s Ambassador to Egypt, concurrently accredited to Senegal.