ASTANA – Uyghurs are one of the many peoples that called the Kazakh steppe home for centuries before the current borders were drawn. 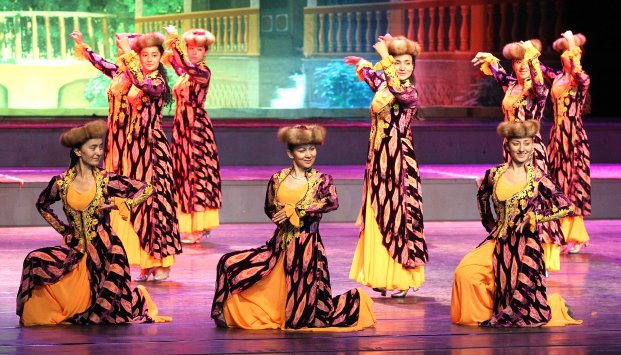 “Uyghurs have been living in Kazakhstan since ancient times; they have been always in these territories,” said Chairman of the Uyghur ethno-cultural association in Kazakhstan Rustam Abdusalamov.

“This is why we accentuated our identity through the name of our centre, which is called the National Ethno-Cultural Centre of Uyghurs of Kazakhstan.”

Today, most Uyghurs still live in the Xinjiang province of China. There are about half a million Uyghurs in Kazakhstan, mostly in the Almaty region and in the southern parts of the country. Unlike the nomadic Kazakhs, Uyghurs were sedentary and were engaged in agriculture, animal husbandry, architecture, arts and trade, the chairman said.

Uyghurs have always played an important role in the region, Abdusalamov said, and have contributed to regional culture and scholarship in a host of ways. “For instance, UNESCO recognised epos of the 12 Muqams [a set of melodic tunes used to guide improvisation and composition] … Among the most recent [contributions] we can mention writer Ismailbek Iminov, who wrote a book about the life of legendary Kazakh scholar Shokan Valikhanov. Iminov initiated an expedition along the same itinerary that Valikhanov made, in order to trace his achievements. The book was published in Kazakh, Russian and English. Another well-known representative of the ethnic Uyghur community is painter Akhmet Akhat, who has held many exhibitions in Kazakhstan and abroad.”

According to Abdusalamov, today there are many entrepreneurs and politicians in Kazakhstan of Uyghur ethnic background. Scattered throughout regions, their names can be found among the ranks of the most successful businessmen and women of Kazakhstan. No matter their status or circumstances, the chairman of the centre says they’re very close to their community.

“The 500-member Uyghur ethno-cultural association in Astana is engaged in many charitable events and has various directions like religious, cultural and educational activities. The centre has a youth wing, a women’s council and a council of elders to give respect to the elders and who in return offer their wisdom to mediate disputes.”

In total, there are about 2,000 Uyghurs in Astana, and by calling just a few key people, Abdusalamov noted, all 2,000 can be made aware of the current state of affairs within the tight community.

“We also have a Sunday school where we demonstrate Uyghur culture, dances, food and language. We participate in various events held by the Assembly of the People of Kazakhstan (APK). We organised a banquet for 300 people on March 21 for instance – on the day of the general assembly meeting. State bodies sometimes want to explore Uyghur culture and send inquiries to organise events.”

The chairman says he follows the adage, “if you want to change something, change yourself first.”

“We want to promote the concept of peace, harmony and understanding in our society, no matter the ethnic background. For instance, in our Uyghur culture, women are given special respect. As evidence of that, men communicate with girls and women, no matter the age, in a formal way, in the way you would talk to a stranger out of respect.”

Abdusalamov called on nations to examine the APK and study the approaches it uses to mitigating and satisfying the needs of peoples of different cultures and ethnic backgrounds under a common umbrella in Kazakhstan.

“Our cultural centre calls on people of different races, religions and cultural backgrounds to open cooperation. The doors of our centre are always open. We call on people to create and coexist. I also would like other nations to study the APK and try to adopt a similar model of coexistence of different nations. We are proud to have our blue Kazakh passport. Each person in Kazakhstan, no matter the nationality – Uyghur or Korean or Russian – stands tall for Kazakhstan. This is the most important achievement of any leader or head of state – the love of people for the country and for their land.”