By Malika Orazgaliyeva in International on 26 April 2016 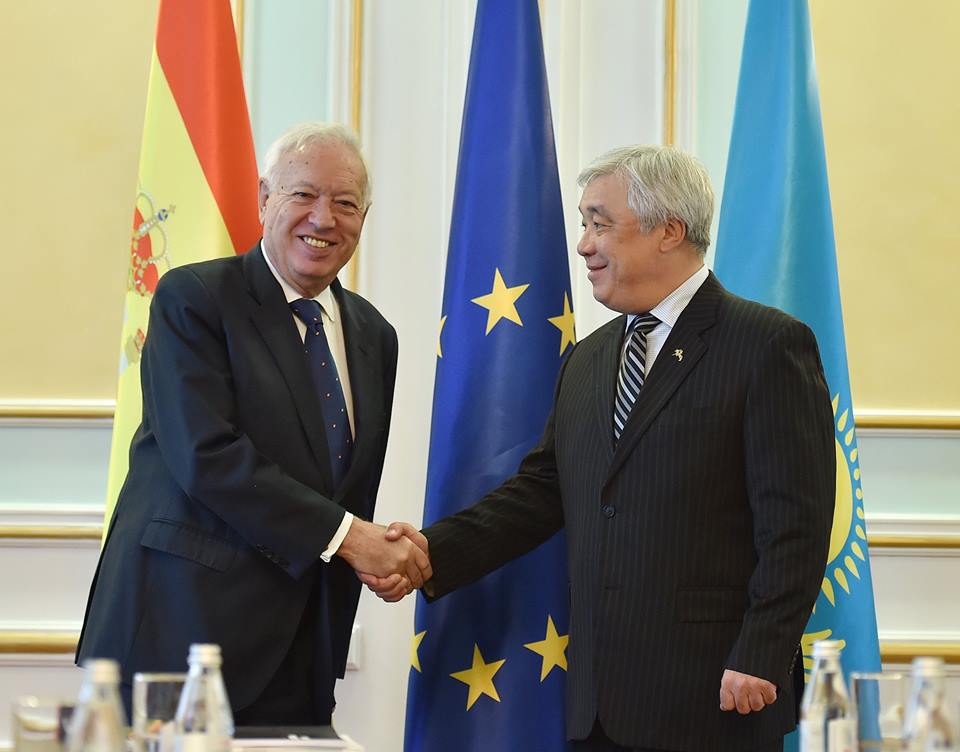 “Spain is one of the most reliable strategic partners of Kazakhstan in Europe and in the world. Spanish companies demonstrate activeness on the Kazakh market increasing civil society contacts, tourist flows and cultural exchange. There are many prospects for cooperation in the fields of transport and logistics, agriculture, green economy, telecommunications,” Idrissov said at a joint press briefing after the talks in Astana. 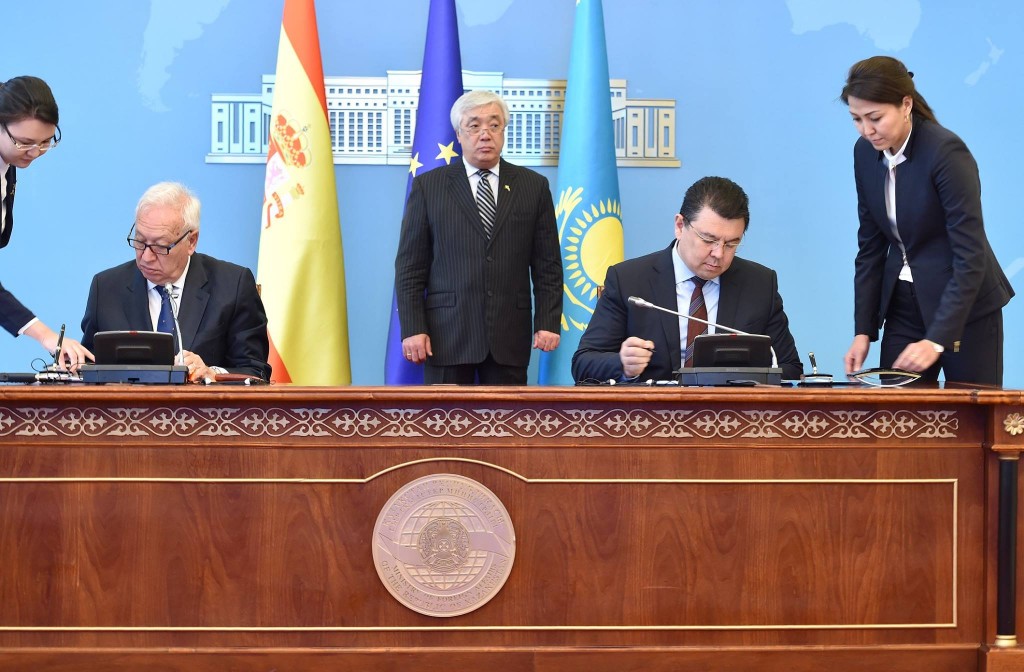 Following the talks at the Kazakh foreign ministry, García-Margallo and Kazakh Minister of Energy Kanat Bozumbayev signed a document on Spain’s accession to the “Green Bridge” Partnership Charter which provides for the exchange of expertise and experience in developing green economies. Around fifteen countries, ranging from Germany to Mongolia, have now joined the partnership.

At the press briefing with Idrissov, García-Margallo pointed out that Kazakhstan is an important strategic partner for Spain in Central Asia and that the two countries have a significant potential for the development of economic cooperation and business ties. He expressed support for Kazakhstan’s candidacy for a non-permanent seat in the UN Security Council for 2017-2018.

The parties also discussed Spain’s participation in EXPO 2017, the work of the intergovernmental commission on cooperation in economy and industry, the Kazakh-Spanish Business Council, inter-parliamentary cooperation, the expansion of a legal base, tourism, as well as the possibility of opening a branch of the Cervantes Institute in Astana.

Later on April 25, García-Margallo was received by President Nursultan Nazarbayev at the Akorda presidential residence for talks on the bilateral ties and their future.

García-Margallo was accompanied on this visit by a large business delegation, which included representatives of major Spanish companies, such as INDRA, MAXAM, INECO, TECNICAS REUNIDAS, EUROFINSA and others. The delegation took part in the Kazakh-Spanish Business Forum at the Rixos President Hotel Astana. 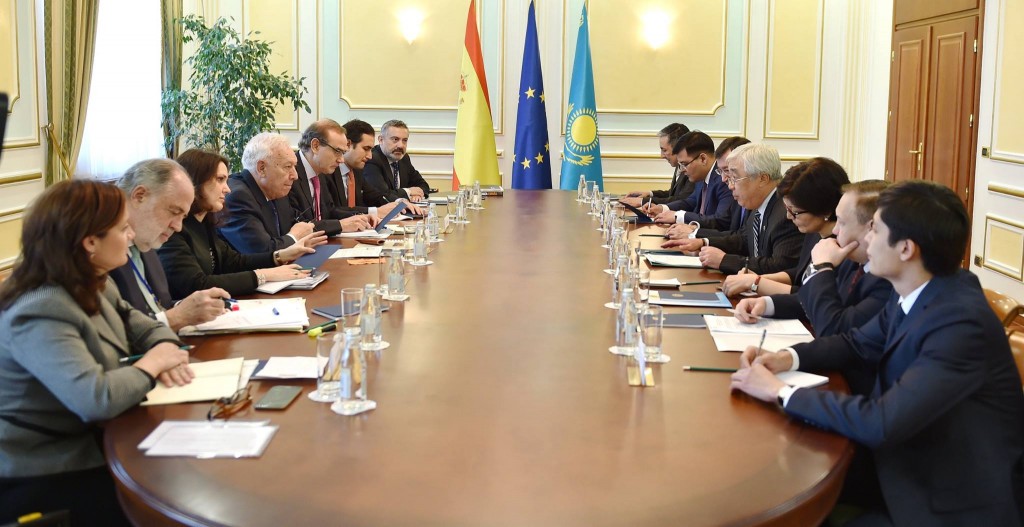 García-Margallo and Kazakh Minister of Investment and Development Asset Issekeshev opened the event.

The forum was meant to support Spanish companies already operating in Kazakhstan and promote activities by other businesses that have shown interest in that market.

During the forum, an agreement between the Chamber of International Commerce of Kazakhstan and the Spanish Chamber of Commerce on the establishment of the Kazakh-Spanish Business Council was signed.

“I am glad that powerful international companies, such as Airbus and Talgo took part in the forum. For us, cooperation with these brands is not only the flow of investment, but also a technology transfer, which motivates our manufactures to improve,” Chairman of the Chamber of International Commerce of Kazakhstan Ruslan Sultanov said.

García-Margallo also visited a joint venture of Kazakhstan and Spain, the Talgo manufacturing facilities (Tulpar-Talgo factory) on the outskirts of Astana, as well as attended a graduation ceremony at Eurasian National University, where the Centre of Spanish Language named after Ruy Gonzalez de Clavijo was established in March 2015. The initiative to open the centre belonged to the Spanish Embassy in Kazakhstan. It was the first such initiative undertaken by Spain in Central Asia.