By Kamila Zhumabayeva in Business on 7 April 2016 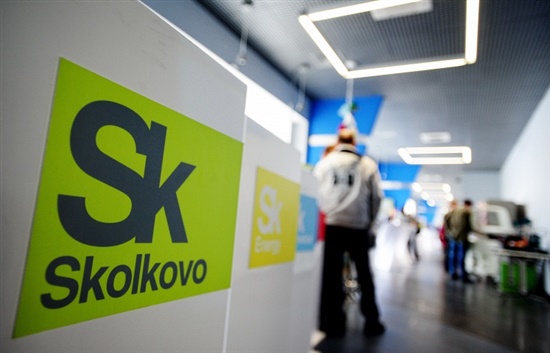 ASTANA – The Eurasian stage of Skolkovo Startup Tour 2016 has completed in Almaty, with Maxim Sanitskiy named the winner of the Almaty Tech Garden contest with his project of a full control system over location of objects in real time . He will now advance to the Almaty Tech Garden international acceleration in the United States.

Dmitry Skobelev with the Prometei (Prometheus) project; Gainur Toktarov, who presented the project on development and manufacturing pressure systems for a mini-hydroelectric plant; Andrei Makhotin with a project on manufacturing Bisphenol-5 phenolic antioxidant and Arman Kassymov with a project on the automation system of fuel storage and release will participate in the Almaty Tech Garden acceleration programme in Almaty, reported Kursiv.kz.

“Due to activities such as Skolkovo Startup Tour, Almaty has become a place of attraction for innovative projects and may become a regional startup hub in the nearest prospect,” said Almaty Tech Garden autonomous cluster fund CEO Sanzhar Kettebekov, according to Kursiv.kz. “A high concentration of business entities, higher educational institutions, scientific research institutions and creative startups make Almaty a more attractive city for creating this kind of hub.”

The Eurasian stage of Skolkovo Startup Tour 2016 is a project for finding promising innovative projects within the Commonwealth of Independent States (CIS) and developing competences of beginning startup teams. Its goals involve searching for innovative solutions demanded in high-tech markets as well as helping young developers in planning their own development strategies, according to Kapital.kz.

Almaty was chosen precisely as the place for establishing and functioning of the Almaty Tech Garden, where 26 projects of the autonomous cluster fund have already received funding from subsoil users, state grants and private investments, reported the news website. Based on the demand for innovations, an ecosystem for company interaction, startups, higher educational institutions, investors and subsoil users was formed on the basis of Almaty Tech Garden.

Programmes implemented by Park of Innovative Technologies (PIT) autonomous cluster fund aim to create technology centres together with leading transnational companies, according to Kursiv.kz. Created jointly with McKinsey & Co, the technology centre for mining and metallurgical complex will develop projects in automation, analytics, energy conservation and others fields.

The PIT autonomous cluster fund has been the governing body of PIT Innovation Cluster (Almaty Tech Garden) since April 24, 2015. It was established by the Kazakh government and is supervised by the Ministry of Investment and Development. The board of trustees is headed by the country’s President; the fund’s management committee by the Prime Minister.