ASTANA – During the last 24 years, Poland and Kazakhstan have signed a number of bilateral agreements and set up an effective institutional framework, creating favourable conditions to develop economic, cultural and scientific cooperation. The topics were among those discussed by Polish Ambassador in Kazakhstan Maciej Lang in an exclusive interview with The Astana Times. 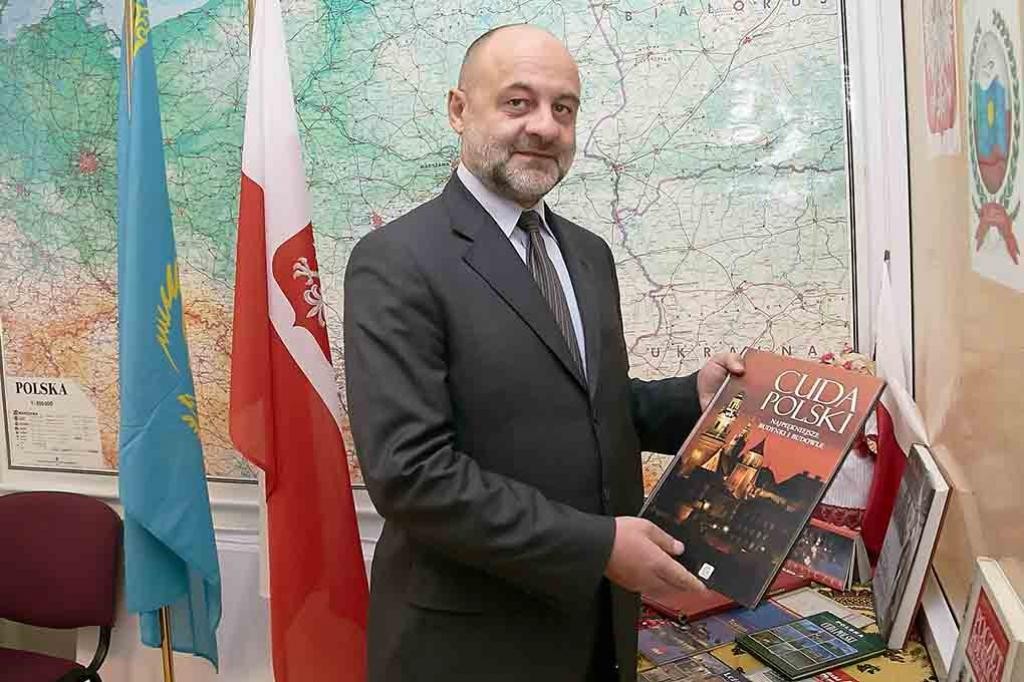 “Due to the complimentary character of our economies and efforts made by authorities, bilateral trade turnover exceeded $2.2 billion in 2014. Later on, due to external factors affecting the global economy, this indicator dropped, but we believe the obstacles are of course only temporary and our trade exchange will be back on the right track soon. In brief, today Poland and Kazakhstan have built friendly relations based on mutual respect and true partnership,” he said.

“With its vibrant economy and strategic position in the heart of Europe, Poland is an attractive partner for Kazakhstan and other countries of the Central Asia region. The trade part of the EPCA attracts the most attention, but when looking deeper into the agenda, you’ll see that there are other fields where Poland is particularly active. For example, in 2015 we assumed the leading role in the academic dimension of the Central Asian Education Platform (2015-2018). We fully understand Kazakhstan’s interest in the visa facilitation programme. Of course, such agreements always require laborious and time-consuming negotiations. I firmly believe the best guarantee of success in this regard is an approach based on identifying the mutual benefits which definitely exist,” said the ambassador.

Institutional mechanisms designed to enhance cooperation turned out to be very effective, as illustrated by the activities of the Polish-Kazakh Intergovernmental Commission on Economic Cooperation. The next session will be held April 14 in Warsaw.

Lang said Poland is rather well known for its small and medium-sized businesses, which for obvious reasons face more practical problems in investing abroad than world-scale giants. Nevertheless, Polish companies have a share in sectors such as building materials or pharmaceuticals, as illustrated by the great market success of Shymkent-based Polpharma. New opportunities in other fields are also being actively explored.

Road and railway transportation between Europe and Asia have great potential for Kazakhstan and Poland. Lang is a strong supporter of the projects.

“Kazakhstan and Poland could cooperate to create better conditions for expanding transport links on transcontinental routes. Recently, Poland adopted the ‘Plan for Responsible Development,’ which assumes that transport infrastructure will become a bloodstream of our economy. It gives us more opportunities for cooperation with Kazakhstan, which links Europe and Asia. A great example of such a partnership is the train route linking Chengdu in southwest China and Lodz in Poland. It is operated by the fastest freight train in Eurasia and goes through the territory of Kazakhstan,” he said.

Despite the land routes, one of the biggest potentials to becoming important hubs on the new Silk Road is the Polish ports on the Baltic Sea. Poland and Kazakhstan have a common interest to boost cooperation in the field.

“I would also like to mention Poland’s engagement in the so-called ‘16+1’group, composed of Central-Eastern Europe countries and China. Moreover, Poland has also joined the Asian Infrastructure Investment Bank, in which Kazakhstan also has its shares. We believe that this newly-established institution will facilitate operationalisation of many mutually-beneficial projects,” said the ambassador.

Poland recently appointed Andrzej Stefanski, former Polish trade representative in Almaty, as national commissioner for EXPO 2017. He has extensive experience in the area of foreign trade and deep knowledge about the region.

“Although power production in Poland is based on traditional energy sources, we also have a fast-growing sector of clean energy, and Poland is becoming an attractive destination for entrepreneurs representing this branch. According to recent data, more than 200 companies are working in the renewable energy sector in Poland. It may be too early to discuss the content of our pavilion, but I can guarantee it will be innovative and attractive. I can only say that the theme of the upcoming event – ‘Future Energy’ – will be fully reflected in the Polish exposition,” said Lang.

Lang also reflected on the history of Kazakh-Polish relations.

“Since the time of Adolf Januszkiewicz and other Polish pioneers who lived in the 19th century, knowledge of the Kazakh people and its fascinating country was popularised in Europe. Poles have always sympathised with Kazakhs and were deeply interested in their culture. Today, we see our efforts to expand cooperation between the EU and Kazakhstan as a logical continuation of that tradition,” he explained.

“Diplomatic relations between Poland and Kazakhstan were established 24 years ago, but, as surprising as it might sound, the first Polish diplomats operated in Kazakhstan long before that date during World War II, when diplomatic representations of the Polish Embassy in the USSR were set up in nine cities of the then-Kazakh SSR,” said Lang.

Poland and Kazakhstan have gone through deep economic transformations since the collapse of the Communist system and break-up of the Soviet Union, but the conditions and circumstances in which these processes occurred in the countries differ remarkably.

“Our gas and oil deposits are not comparable to those in Kazakhstan; hence, from the very beginning the driving force of our economy was small and medium-sized enterprises. It is fair to say that Poland owes its 25 years of constant economic growth to the individual initiative, creativity and spirit shown by private entrepreneurs, whose efforts transformed a desolate, central-planned economy into a vibrant competitive business environment widely recognised in the world as a success story. The illustration of our fast pace of transformation is our joining the WTO (World Trade Organisation) in 1995 and OECD (Organisation for Economic Co-operation and Development) in 1996,” said Lang.

The ambassador noted that student exchange programmes were launched in the early 1990s immediately after establishing diplomatic relations, opening an important dimension of bilateral cooperation. More than 500 Kazakh students are currently studying at a number of Polish universities.

This year also marks the 80th anniversary of the first wave of mass deportations of ethnic Poles to Kazakhstan.

“It truly deserves the highest appreciation that the Kazakh people – themselves being the victims of Soviet repression who lived through famine and mass collectivisation – extended a helpful hand to those in need. This evidence of pure humanity will always be remembered in my country. The sincere gratitude has been recently expressed in a letter of the Speaker of the Polish Senate to his Kazakh counterpart, Kassym-Jomart Tokayev. It’s hard to find positive legacies of such dramatic events. What comes to mind is rather the encouraging sense that the human spirit is immune to external hardships,” said Lang.