Oil Production at Kashagan Field “to Resume in Fall”

ASTANA – Production at Kazakhstan’s massive Kashagan oil field will resume in the fall after being halted in 2013 because of a gas leak, the Novosti-Kazakhstan news agency reported April 5, citing a release from the Caspian Pipeline Consortium (CPC). 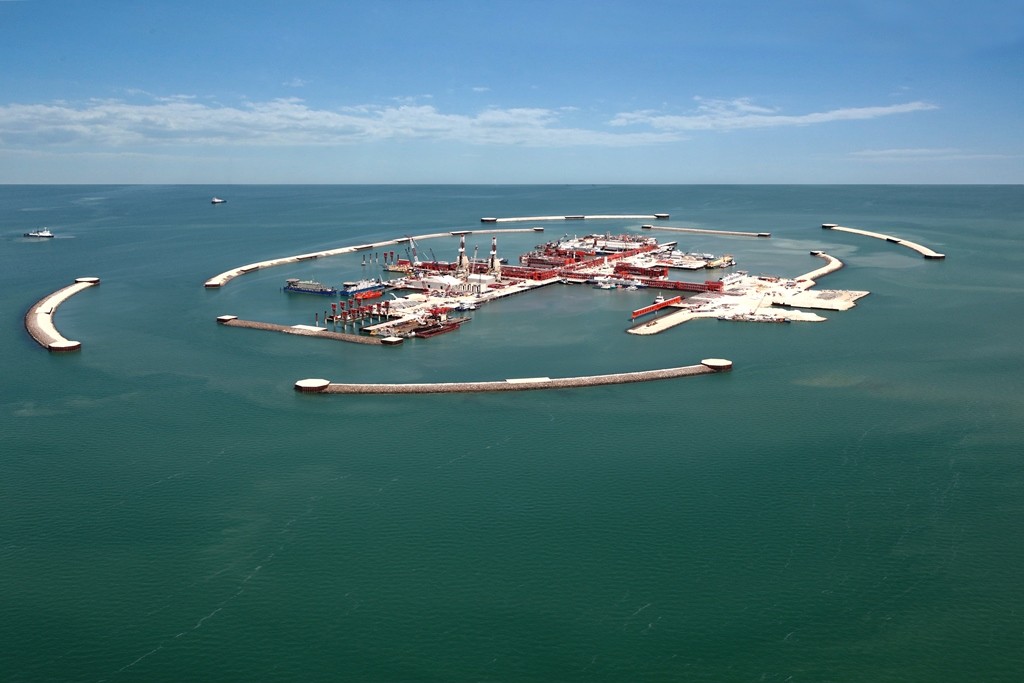 Kashagan’s reserves are estimated at 4.8 billion tonnes of oil. The field was discovered in the 2000s and is 80 kilometres from Atyrau in the northern part of the Caspian Sea. Development of the field is carried out with the help of artificial islands. Total oil reserves are 38 billion barrels; about 10 billion barrels are recoverable. Oil from the field is characterised as “high-quality.” Kashagan’s gas reserves are estimated at more than 1 trillion cubic metres. Total investment in the project to date is approximately $50 billion. With the fall of oil prices, the project has been criticised and called non-profitable by international media. Some even said it has lost “investment attractiveness.”

The announcement of the resumption of production follows inspections that confirmed construction and installation had been completed on two pumping stations, A-NPS-3A and A-NPS-4. A-NPS-4 will receive its first batch of oil in September and A-NPS-3A in October.

The project involves KazMunayGas, which is one of the major shareholders of the Caspian Pipeline Consortium. It also involves Eni, ExxonMobil, Royal Dutch Shell, Total, INPEX and CNPC.

CPC’s oil pipeline system is the largest oil transportation route from the Caspian region to world markets. The main pipeline is 1,500 kilometres long and connects fields in Western Kazakhstan with the Russian Black Sea coast.