By Kamila Zhumabayeva in Nation on 8 April 2016 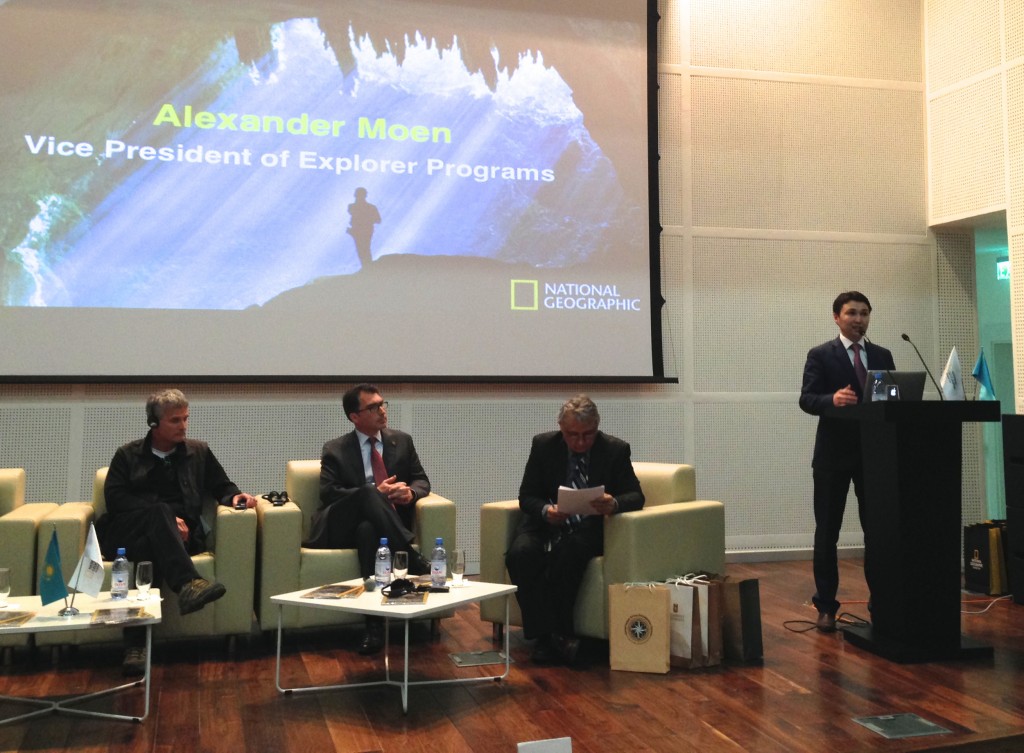 “National Geographic is a unique magazine that doesn’t talk about politics, but about everything related to humanity, the world and surrounding environment. There is no lucrative goal or attracting attention,” said advertising department head Aliya Yeskendirova in an interview with The Astana Times.

The magazine’s editorial staff began its planning in October, including preparatory work for the inaugural release, hiring staff and working with translators. The magazine’s first issue came out in February. National Geographic Kazakhstan will be released once a month, with 11 issues expected in 2016.

“Every person and citizen of our country will have an opportunity to know and understand what is going on in the world, how it is explored, what happens and changes every day in our environment and what efforts are being made. These are our main goals… mankind plays a huge role in almost everything,” said Yeskendirova.

The magazine has also set objectives to cover ecological issues and render informational support for research among Kazakh scientists.

“Our main mission is helping the surrounding environment; helping people to live, making them understand what we do and that we must preserve the land by ourselves. We must help everyone who surrounds us, starting from insects, to animals and people themselves,” she added. 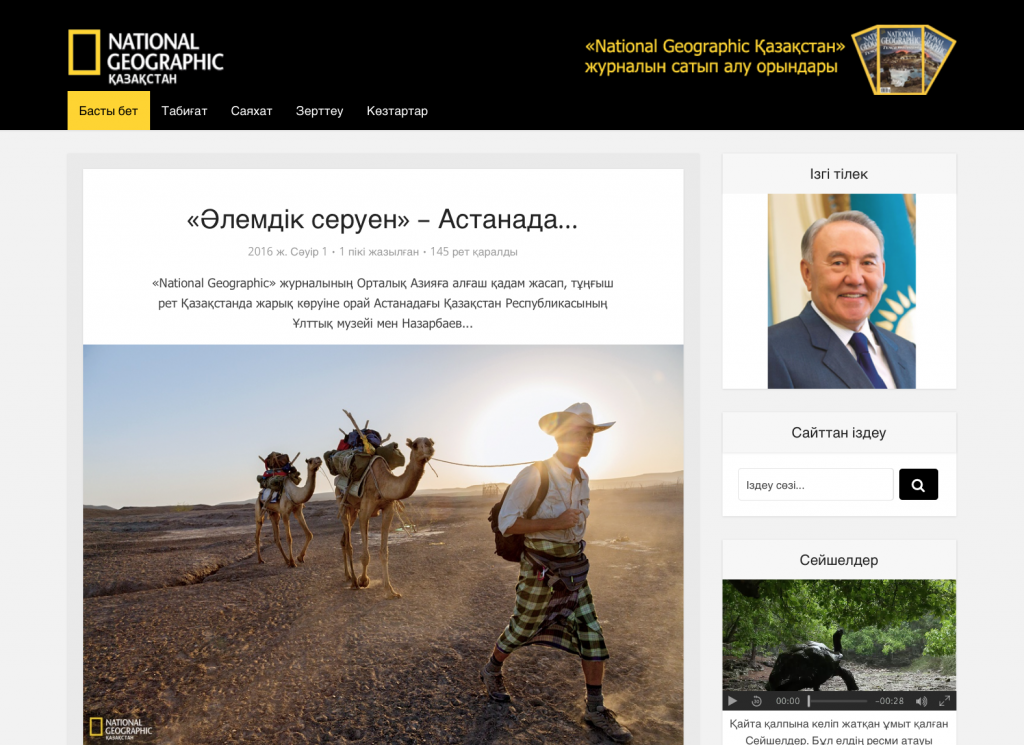 The high-quality photos in the magazine and on its website are the works of outstanding people who develop pictures without using Photoshop or similar programmes, noted Yeskendirova.

“Just to find one shot, photographers can live at one location for months or years and the magazine is an enormous work itself,” she added. “When people prepare photographs, stories and other materials, they are not simply taken from the Internet; people live and ail with this work. They present what they see and explore every day,” she added.

National Geographic Kazakhstan collaborates with 80 countries and KazMedia organises and covers all the magazine’s costs. Delivery is available almost everywhere in the nation through various distributors.

“You can subscribe via Kazpochta or buy it from supermarkets or gas stations. We have set an inexpensive price for a magazine – 600 tenge (US$1.74), so that people in the regions could buy it,” said Yeskendirova.

National Geographic is released in 40 languages throughout the world, with Kazakh becoming the 38th language in which the magazine is published. The magazine is in Kazakh only and the advertising chief says many people write letters asking why it is not available in Russian.

“We considered it important to release the magazine in the Kazakh language because the basic content repeats itself in all countries,” she said. “The magazine is published in 80 countries, so it already ‘speaks’ in all languages. It is amazing that National Geographic is in our native Kazakh language now; this way we promote Kazakhstan’s content.”

She also referred to the importance of promoting the Kazakh language as a reason for possible projects in other languages.

The magazine has certain work planned for upcoming years and is open for various projects. The team intends to arrange a number of scientific expeditions and photo exhibitions and has signed memorandums and agreements with various organisations within Kazakhstan and beyond its borders.

“We have many events planned for the year. These are expeditions, motor rallies, photo exhibitions, contests and the issue of the magazine,” said Yeskendirova. “We are ready to collaborate with all organisations that would want to collaborate with us. We also arrange events not only in Kazakhstan, but in the entire world.”