ASTANA – Thore Vestby, co-founder of Bike for Peace and mayor of Frogn, Norway, gave Kazakhstan high marks for its activities aimed at nuclear disarmament during his recent visit to the capital. He also highlighted the importance of the decision Britons have to make in the near future. 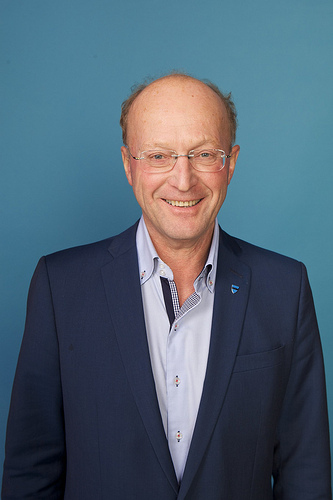 “Kazakhstan inherited nuclear-tipped missiles when the Soviet Union collapsed. The state dismantled and destroyed the weapons and facilities left on its territory and signed major international non-proliferation treaties. Kazakhstan is one of the key nations, having a nuclear fuel bank in Ust-Kamenogorsk and exporting a lot of uranium. It has a great responsibility in this aspect. When the world said that it needs a nuclear fuel bank and made a decision to establish it in Kazakhstan, it accepted that the state is a great example for other states,” he said in a March 19 interview.

Vestby, who is also Vice President of Mayors for Peace and a member of Parliamentarians for Nuclear Non-proliferation and Disarmament (PNND), noted his team is currently working on a sustainable Silk Road ride. The event is based on the fact the Silk Road is a name known to all and is being heavily promoted by China. Most of the road goes through Kazakhstan.

“If we combine the message of sustainability and the best points of biking and meeting people, the message of peace and reconciliation between people, we would like to do that,” he said.

Vestby explained the difference between Mayors for Peace and Bike for Peace.

“Mayors for Peace is an organisation with headquarters in Hiroshima. We are now very close to 7,000 mayors who consider that nuclear bombs are not security, but a threat for our citizens. The mayors protect their citizens and oppose the big arsenal of nuclear weapon some states have. Also, we, Mayors for Peace, are sure that all the funds spent for nuclear weapons should be spent for the 17 sustainable development goals approved by the UN. So Mayors for Peace numbers at around 7,000 mayors around the world. Together, we represent one billion people connecting more than 100 capitals. Bike for Peace is an organisation aiming at biking around the world and speaking about peace for decades. The message is abolishment of nuclear weapons,” he said.

“After the end of World War II there was some kind of nuclear romanticism. Today, Great Britain can invest 10 billion pounds (US$14.2 billion) in nuclear weapons. Norway produces underwater drones, which can very easily find any submarine. This fact makes the seas transparent and the weapons much less effective,” he said.

“Today, we see a crucially-important moment when one of the nations with nuclear weapons can abolish or update it. It can change the history of mankind. I hope that the British people will realise that they should abandon this project. Different organisations in Europe work very hard on this issue. Also, we need to understand that all resources used for nuclear weapon development can go for other sectors,” said Vestby.