By Kseniya Voronina in Business on 9 April 2016 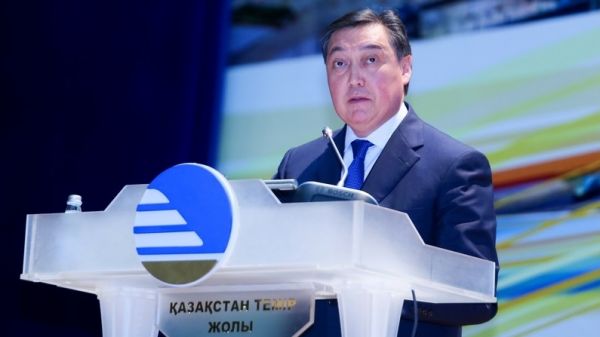 ASTANA – Kazakhstan Temir Zholy (KTZ), the county’s national railroad and logistics company, is planning a decline in domestic freight traffic by 16 percent in 2016 compared to 2012. Timely selection of a strategy aimed at gaining positions in the transcontinental transit traffic market, however, has simultaneously enabled the company to increase container traffic volume over the last five years in the China–Europe–China direction, said KTZ President Askar Mamin at the company’s expanded meeting outlining its organisational changes.

The KTZ head noted achieving the target parameters is ensured through the use of alternative land and maritime routes.

“So, the freight value of the shipments during transportation from China to Europe dropped by seven times in 2016 compared to 2012 when converted to one TEU. In March of this year, almost 8 percent of the world’s container fleet with a capacity of 1.57 million TEUs stood idle at ports throughout the world waiting for cargo,” said Mamin. “According to expert data, 30 vessels with a capacity of 9,000 to 14,000 TEUs were withdrawn from service in the Asia–Northern Europe direction. The global fleet of container carriers is scheduled to increase by 4.3 percent in 2016, while the expected increase in traffic volume will not exceed 1.8 percent.” 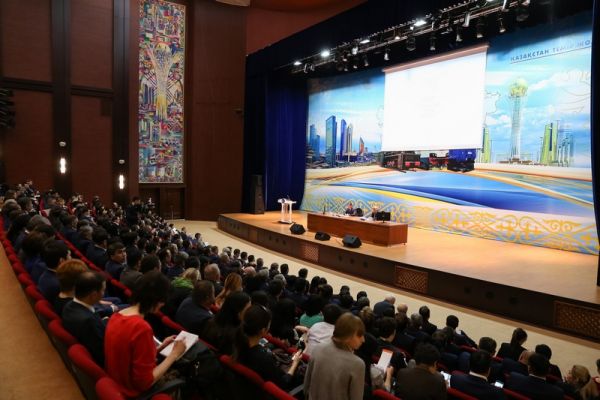 He also noted the infrastructure of the Trans-Siberian corridor is being modernised in Russia.

“As a result, competition for transit volumes will become tougher and gaining market positions will only be possible by implementing an efficient customer-centric operational business model,” said Mamin.

The KTZ President also explained the facts of reducing domestic freight, pointing out that the indicators of operational activity of Kazakhstan’s railroad is a reflection of basic trends in the development of world and national economies.

“In the growth period of Kazakhstan’s economy from 2000-2013, the volume of freight traffic by railway transport has increased. The number of company workers relating to implementation of freight traffic increased up to 2008. Reducing the number of operating personnel during the period from 2009-2015 is related to implementing programmes and measures on improving efficiency. But due to a decrease of price conjuncture traditional for Kazakhstan Temir Zholy, the segment of the export transportations market of mass general cargo demonstrates negative dynamics,” said Mamin.

Moreover, in 2016 the turnover of ferrous metals goods is also projected to decline by 12 percent to the 2011-2012 level amidst a stable trend of falling annual average global prices.

“Traffic volumes of oil shipments will decrease by 92 percent in 2016 compared to 2009, from 14 to one million tonnes, and freight turnover by 96 percent… The main factor is a reorientation of Tengiz oil from rail transport into the system of the Caspian Pipeline Consortium,” said Mamin.