ASTANA – Raising rates on deposits in tenge has affected Kazakh residents’ currency preferences, according to analysts at Ranking.kz. Deposits in the national currency showed record growth in February, with the volume increasing by 8 percent to 1.53 trillion tenge (US$4.54 billion) compared to the previous month, reported Kazpravda.kz. 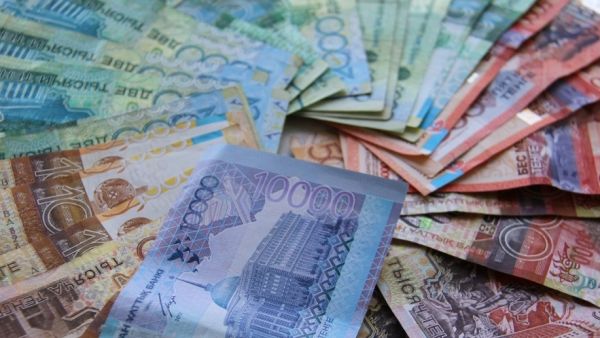 At the same time, currency deposits decreased by 5 percent to 5.44 trillion tenge (US$16.1 billion). As a result, the share of tenge deposits at market increased to 22 percent against 20 percent a month earlier.

In general, the volume of retail deposit portfolios decreased by 2.8 percent to 6.99 trillion tenge (US$20.7 billion) due to the reduced currency component, according to experts.

“The sharp rise of the tenge deposits portfolio is due to two primary factors. First, the strengthening of the national currency in February. Second, the change in maximal (nominal) deposit rates recommended by Kazakhstan’s Deposit Insurance Fund: they were increased from 10 percent to 14 percent in tenge and reduced from 3 percent to 2 percent in the currency,” as confirmed in the review.

Eight of 35 banks managed to increase their retail portfolio in February. Zaman-Bank, the leader in terms of growth, began from a low start and boosted the volume of deposits by nearly 1.5 times over the month. At the end of February, however, its portfolio amounted to only 440 million tenge (US$1.3 million), 57.5 percent lower than a year earlier, and the rates on annual deposits from 6.2 percent to 7.5 percent, the lowest level in the market. Analysts assume the bank’s policy is not aimed towards mass involvement of depositors.

At the same time, two other participants in February’s top three deployed a serious fight for customers. Home Credit Bank added 10.3 percent (1 billion tenge, US$2.97 million) to its retail portfolio. Together with Halyk Savings Bank, it was one of the two banks which offered the highest (efficient) rates in the market – up to 15.2 percent per annum. It presented four products, the biggest advantage of which is daily capitalisation or interest payment upfront.

In addition, the bank offers extra bonuses in the form of lottery apartments and life insurance for the entire family, as well as a payment card for a deposit with coupon accrual for the remaining three percent.

Bank of Astana added 6.7 percent (2 billion tenge, US$5.94 million) over the month. Its product line includes two multi-currency deposits with monthly capitalisation and the ability for partial withdrawal and replenishment. The annual effective rate on both is 14.9 percent.