By Malika Orazgaliyeva in International on 7 April 2016

ASTANA – Kazakh President Nursultan Nazarbayev and Cuban President Raul Castro had a productive meeting during the first ever visit by a Kazakh leader on the Freedom Island on April 2. 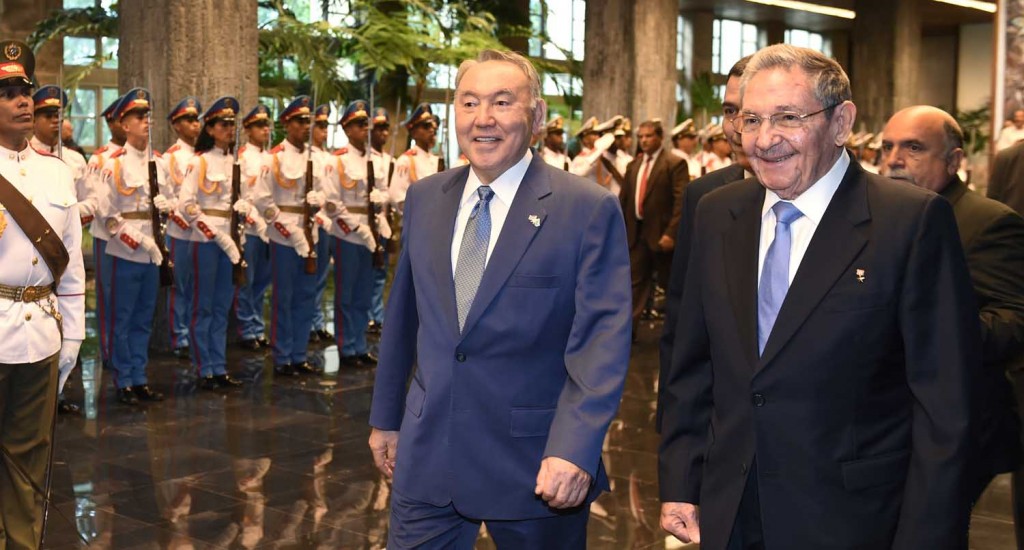 Nazarbayev and Castro separately focused on cooperation in the spheres of healthcare, pharmaceuticals and biotechnology. They noted the need to exchange experience between the Kazakh and Cuban experts in these areas.

The sides shared views on international issues and Nazarbayev thanked Cuba for supporting Kazakhstan’s candidacy for non-permanent member of the United Nations Security Council for 2017-2018.

The meeting was attended on the Kazakh side by Foreign Minister Erlan Idrissov and Minister of Energy Kanat Bozumbayev and on the Cuban side by ministers of Foreign Trade and Investment Rodrigo Malmierca Diaz, Energy and Mines Alfredo Lopez Valdes and Interim Foreign Minister Marcelino Medina.

Bozumbayev noted following the meeting that the sides agreed on oil supplies to Cuba, Kazpravda.kz reported.

“Today with Mr. Valdes we have signed a memorandum on joint actions in the spheres of the oil and gas industry, exploration of oil deposits in the coastal zone of Cuba, as well as possible supply of Kazakh oil to the Cuban refinery,” Bozumbayev noted.

Idrissov and Medina met at the Cuban foreign ministry’s headquarters.

Prior to meeting with Castro, Nazarbayev paid tribute to Cuban independence hero Jose Marti, visited the memorial museum and left a note in the book of honourable guests. Nazarbayev told the media that Kazakhstan has great interest in Cuba and acknowledged that he had long wanted to visit the country as he belongs to a generation that always admired the Cuban Revolution and Fidel Castro.

The two countries share other priorities of mutual trade, including medicine and renewable energy sources. 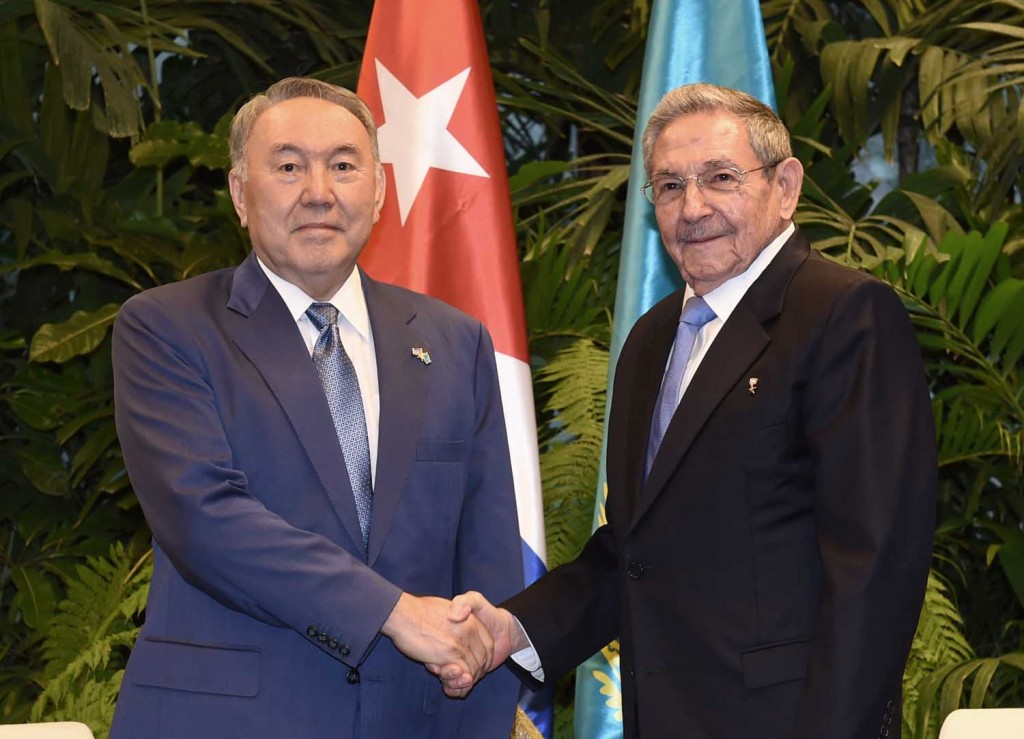 “As well as other Latin American countries, Cuba is seriously engaged in scientific developments in order to compensate the energy deficit. In some Latin American countries, the share of renewable energy reaches 90 percent. Today, we discussed this topic during the meeting. Cuba conducts major scientific research to increase the use of renewable energy sources,” head of the Astana EXPO 2017 national company Akhmetzhan Yessimov informed.

In 2014, the two countries signed a memorandum of understanding for cooperation in education, science and sports.

In order to strengthen tourism and bilateral economic relations, the two countries signed in December 2015 an agreement for exemption of short-stay visas.