At the end of a qualifying Olympic tournament in Asia and Oceania, which was recently held in Qian’an, China, the men’s national boxing team of Kazakhstan won a complete set of bids to the Summer Olympics in Rio. In total, the Kazakh team has now won all the11 boxing licenses up for grabs. For the first time, Kazakhstan’s men’s team will be represented at the Olympic Games in all weight categories. 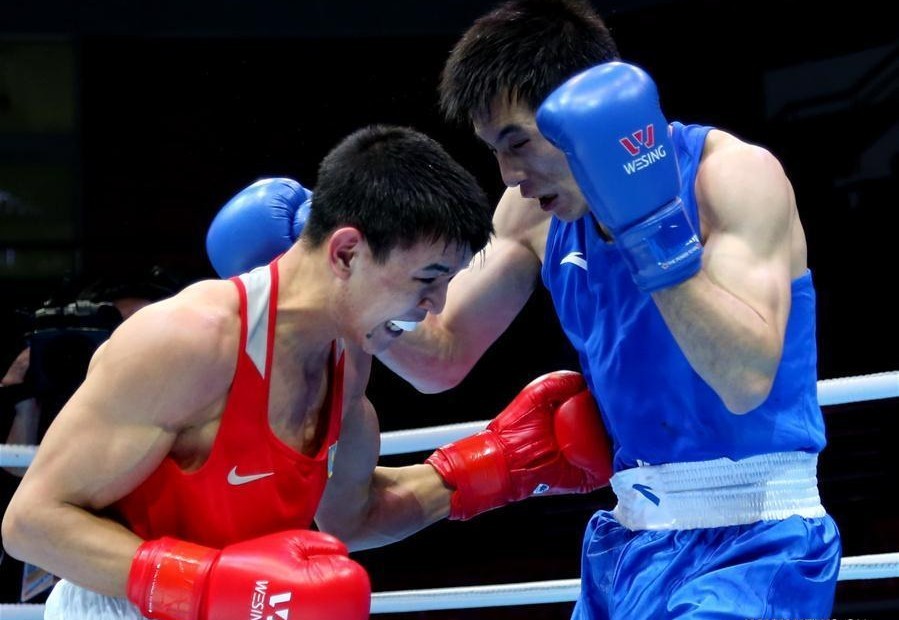 For fresh newcomer from the junior category, Abylaikhan Zhusupov, who not only won a ticket to Rio but also the entire tournament in China, it was the first competition on the adult team’s roaster.

Despite a minor injury – a dissected eyebrow – and being tired after the flight, Abylaikhan felt heartened.

“I had five fights here, all with very serious rivals. I was a little nervous in my first bout as it is a new level for me. Then I got used to that. I am glad that all our boxers won licenses for the Olympic Games. Ahead, we have a plenty of time to get ready for Rio. I hope that with the help of our coaches we will be able to go to Brazil in good shape,” the young athlete said.

Bronze medallist from the London 2012 Olympics, Ivan Dychko, who also won the tournament in China, noted that Kazakhstan’s boxers are aiming high to perform well at the upcoming Summer Olympics in Brazil.

“Once again, boxers from Kazakhstan have proven their leadership in Asia. A full set of licenses, this is a good result. Now it is important to keep this achievement, to come to the Olympics in good shape. We understand and are aware of the responsibility and the importance of the Olympic Games for Kazakhstan. We will prepare for the Olympics with the utmost seriousness,” he assured.

“Our athletes fully fulfilled their tasks, demonstrated good boxing and won the licenses for the Olympic Games. The guys gave their all in every match. Now we will concentrate all their attention on the proper readiness for Rio 2016,” said Myrzagali Aitzhanov, the head coach of team Kazakhstan.