IOFS Will Promote Innovations in Agriculture and Food Security

By Aiman Turebekova in International on 29 April 2016

ASTANA – Government representatives of the Organisation of Islamic Cooperation (OIC) member states gathered in the city April 28 to witness the establishment of the Islamic Organisation for Food Security (IOFS). 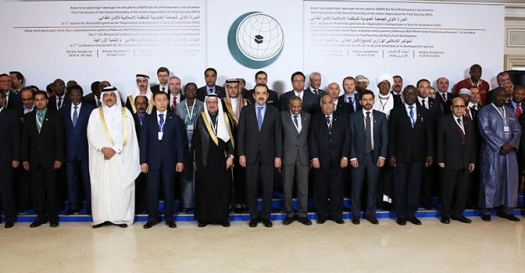 The body is focused on creating a collective platform to promote food security, expanding sustainable rural and agricultural development by mobilising all available resources within the countries, exchanging best practices and experiences and promoting investment and transfer of appropriate technologies.

Kazakhstan’s candidacy was approved for the post of a presiding country at the IOFS General Assembly on the same day. According to the organisation’s charter, Kazakhstan will be a permanent member. Côte d’Ivoire and Palestine were elected vice-chairs of the organisation.

The establishment of the IOFS was initiated by President Nursultan Nazarbayev at the 38th OIC Foreign Ministers Council, held in the Kazakh capital in 2011. The action involves Kazakhstan’s consistent transformation into a food hub of international scale.

The corresponding Resolution No. 3/39-E on Establishment of OIC Food Security Institution in Kazakhstan was adopted at the 39th Session of the OIC Council of Foreign Ministers, held Nov. 15-17, 2012 in Djibouti.

The organisation will seek to solve the problems of the Islamic countries’ population by economically ensuring more affordable food due to climatic conditions and geographic location and creating the most favourable route of transport and logistics.

Kazakhstan has a high potential for food security. For five years, the country has occupied a leading position in the world’s export of flour and grain. At the same time, it has reserves to improve the productivity and efficiency of agriculture as well as a sufficient amount of natural resources, about 24 million hectares of arable land and 180 million hectares of pasture.

Kazakhstan has allocated $749,000 to create the IOFS budget to maintain the office and necessary infrastructure, said IOFS Secretariat Director General Yerzhan Zhalmukanov.Countries will pay a mandatory membership fee based on their GDP.

“Under the project on improving the water supply in Almaty region (Enbekshikazakh and Karasai districts), construction of water pipelines is planned in 15 locations.The total length is 680 kilometres, including 234 kilometres of distribution pipelines and 446 kilometres of water supply network.Also, [there is] construction of a wastewater treatment plant with a capacity of 18.8 m3/day and the restoration of the six existing drainage wells. The amount of attracted funds is $75.3 million,” reported the Kazakh Agriculture Ministry press office.

The second project, “Reconstruction of the irrigation and drainage systems in the Republic of Kazakhstan,” provides for restoring the irrigation system in 58,000 hectares of land in some districts of Almaty region and improving the soil condition of92,500 hectares in the Maktaral and Shardara districts of South Kazakhstan region. A total of 512 vertical drainage wells are to be restored with surveillance cameras installed on them and about 270 irrigation channels and 50 operational bridges are to be implemented. The project will cost $235.5 million, with co-financing provided by the United Nations Development Programme (UNDP).The projects are part of the reforms on the phased transition of the water sector from budget dependence to self-sufficiency and improving its investment attractiveness.

OIC, a successor of the Organisation of the Islamic Conference established in 1969, was renamed during the 38th session of the OIC Council of Foreign Ministers. It is the only regional association designed to represent the universal interests of the Islamic world in the international arena. Members include 57 countries in Africa, Asia, Europe and South America, with a population of about 1.6 billion.