ASTANA – No doubt most people are familiar with Guinness World Records, the annual reference edition that shows the achievements of people and animals, as well as natural phenomenon. Published since 1955, it has been named the best-selling copyrighted book of all time. Kazakhstan has numerous entries among the listings. 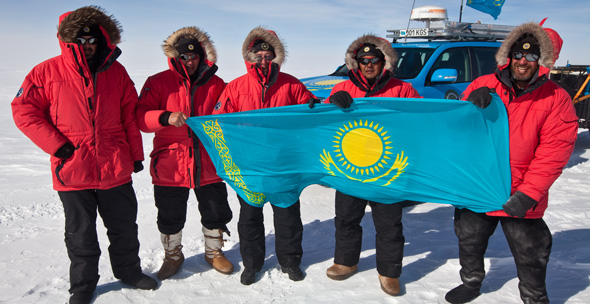 Since so many references are now available digitally, it is not a challenge to find the records online and people don’t have to buy the actual volume. Some think there are ridiculous things in the Guinness Book, as often no one does the feat listed as a record except the record-setter. Certain records may seem a little mind-boggling, while others are truly amazing.

Kazakhstan or its citizens have been involved many times in the record-setting process.

Seven members of the Kazakh Geographic Society made the fastest automobile expedition to the South Pole in 2011. They prepared for the journey for about two years, managing to overcome 2,500 kilometres in four and a-half days.

Marat Zhylanbayev, one of the first Kazakhs to enter the book, set seven records. He has achieved different bests in marathons, including running through four of the world’s desserts. 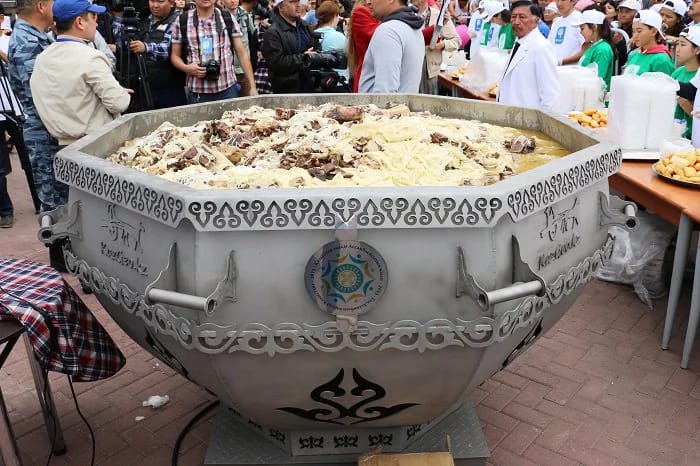 A number of records are connected with food. The largest serving of beshbarmak (meat and pasta in broth) was prepared July 6, 2015, when the Kazakh Geographic Society made 736.5 kilogrammes of the national dish. The record was set to celebrate Capital Day. Channel 7 fried the largest serving of doughnuts (baursaks), 856 kilogrammes, in 2014. The Kazakh Geographic Society also entered the book in May 2015 by making a 687-kilogramme serving of lagman soup. The record, achieved to mark the society’s fifth anniversary, was cooked by 30 chefs, according to Guinness World Record website.

The book also has a section based on countries’ geographic features. Kazakhstan is the record holder as the largest landlocked country in the world.

The nation also has records connected with sports achievements. The heaviest total weight lift in the men’s 105-kilogramme category was set by Olympic champion Ilya Ilyin in December 2015 when he lifted 437 kilogrammes. He held the previous record in the category from the 2012 London Olympics, where he also set the record in the clean and jerk by lifting 233 kilogrammes. 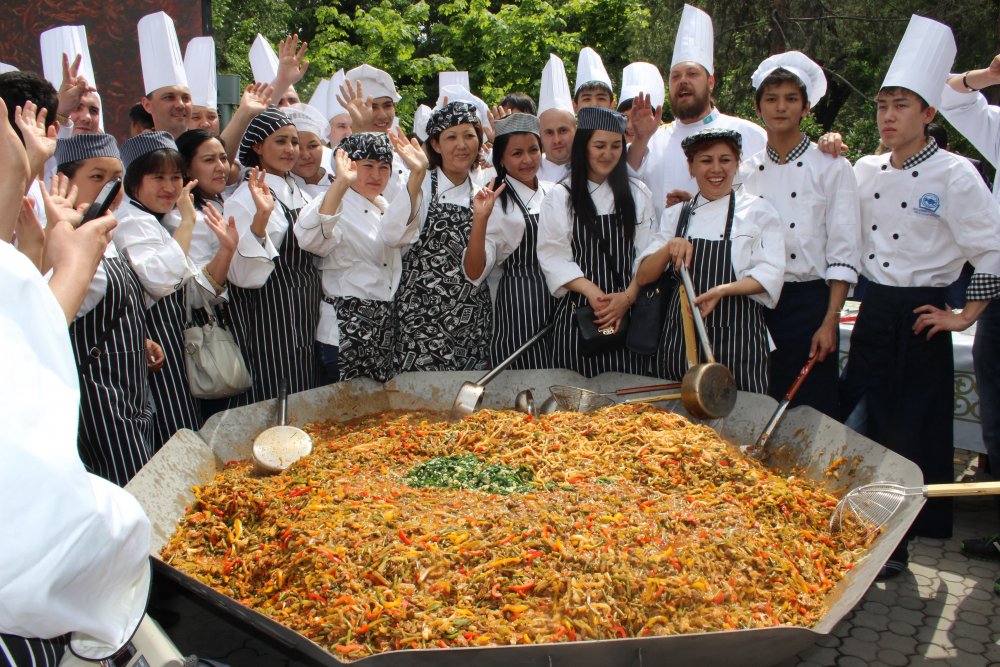 Kazakhstan holds the record for the largest exercise demonstration/class in different venues, set September 3, 2003 when more than 4.8 million people across the country were simultaneously involved in aerobics. The event, organised to promote a healthy lifestyle, was led by Kazakh President Nursultan Nazarbayev to music broadcast on the radio.

It’s impossible to skip Khan Shatyr Entertainment Centre, which was recognised as the tallest tensile structure. It soars 150 metres from its elliptical base. 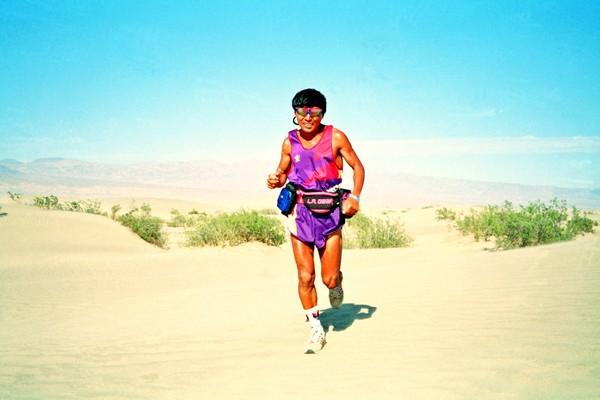 Not all the records are positive; some have a very sad history. Kazakhstan is listed for the largest lake created by nuclear explosion, referring to the time when the Soviet Union detonated a 140-kilotonne nuclear device under the dry bed of Chagan River, forming the lake. It is also named Chagan and has a volume of around 100,000 cubic metres. The same spot holds the record for the largest crater from an underground explosion.

Kazakhstan has set more records, some of which have already been broken and others which never will be, but definitely more, hopefully all positive, are coming.