In recent years, Golovkin has become more than a boxer – he has become a showman. Another sold-out crowd of 16,353 reconfirmed that when his name was called. The crowd went wild when it heard “Gennady Triple G Golovkiiin…” from ring announcer Michael Buffer. 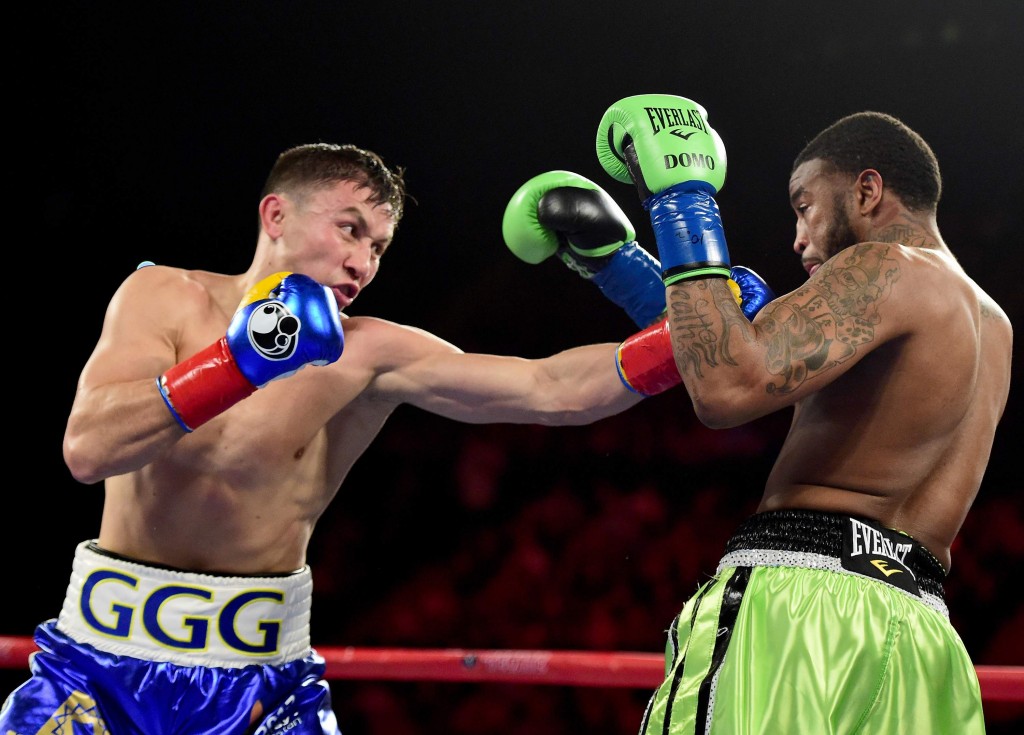 Wade lacked confidence even before stepping into the ring; at least it seemed so to the naked eye. In the first round, he was already shaken and knocked to the canvas by Golovkin’s right power blow. Wade’s self-assurance seemed to vaporise and it appeared he didn’t want to continue the bout, but he got up.

What happened in the second round was a disappointment to those who travelled thousands of kilometres to see GGG and yearned for a longer show and a real joy for the whole country that has been supporting its boxer all these years.

Golovkin cut corners to trap Wade and delivered power punches, while sustaining some in return. At that point Wade was caught in Golovkin’s game and the Kazakh kept encouraging him to throw more. At one point it seemed GGG took some shots on purpose as if to say “Is this the best you got?” It was clear he was a fighter of a whole different level and Wade, with all due respect, looked like practice.

Triple G dropped Wade with another right hook and the latter hardly rose. The referee had to ask three times before it was clear Wade reluctantly wanted to continue. With less than 50 seconds left in round two, Golovkin knocked him out for the third time and it was all over.

“His power is real,” said Wade after the bout. “It was even more than I expected. I was trying to get comfortable in there. Once he hits you, it makes it very difficult to get comfortable. I could have done one or two things a little differently in there, but he’s a great champion and he has everything you need to be a champion.”

One downturn in this story – GGG can’t land a big name on his résumé. Opponents are speculating that while Golovkin keeps doing what he does best – knocking out his challengers one by one – it is hard to fight equally challenging opponents for him.

The Kazakh has been hunting a big name in the boxing world. His next target, however, is not a name but the title of undisputed middleweight champion.

“It doesn’t matter who wins,” he said of the May 7 encounter between Saúl Álvarez and Amir Khan. “Just give me my belt. I need my belt.”