Having won bronze medals at the recent UEFA Futsal Euro, the Kazakhstan national futsal team will soon head to South America. The Brazilian coach Cacau-managed team won a ticket to the FIFA Futsal World Championship, to be held Sept. 10-Oct. 2 in Colombia. 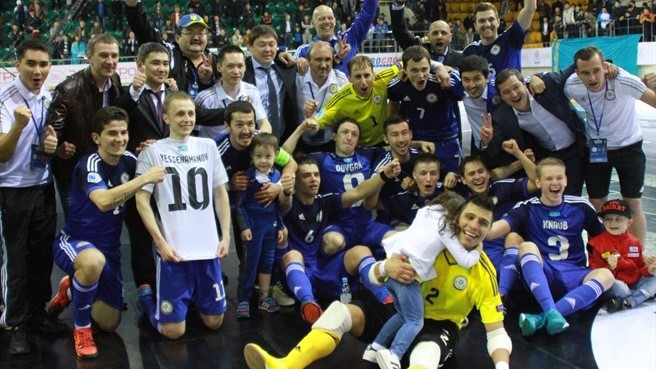 The Kazakhs crushed Poland 7-0 April 12 in the second leg of the elimination round.

The win followed a 1-1 draw in the first meeting March 29 in the northwestern Polish city of Szczecin, so the decision about which team would head to the championship this fall needed to be solved in Almaty. The match attracted a lot of attention from fans and set an occupancy record at Baluan Sholak Arena. According to preliminary estimates, more than 5,000 people filled the hall.

In the first half, they witnessed their favourites scoring five goals. Kazakh goalkeeper Higuita, known for his unusual attacking style, opened the drive. Serik Zhamankulov and Douglas Jr. each scored twice, in the fourth and 12th minutes and fifth and 15th minutes, respectively, of the first half.

The second half saw two more balls in the Polish goal. In the 25th minute, Leo made use of a mistake by the visitors’ defence and the goalkeeper and scored into an empty net. In the 30th minute, Arnold Knaub recorded his first goal at the national team level for the final score.

The more-than-convincing victory will allow Team Kazakhstan to try and  impress at the world championships for the second time in its history. The Kazakhs participated in Guatemala in 2000, when they lost all three matches in the group that included the hosts and futsal powerhouses Brazil and Portugal. 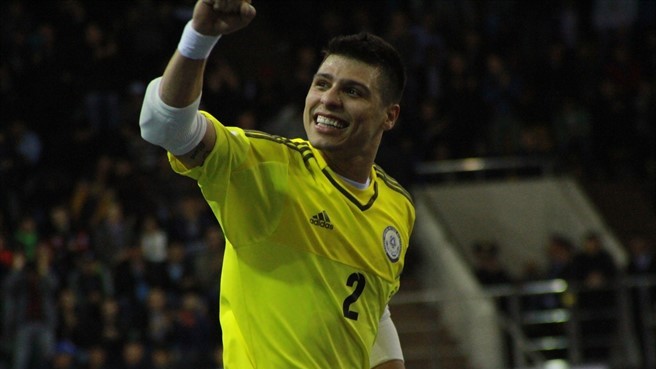 “To me, my whole team and each player individually, are all heroes. They played not for money, but for the honour of Kazakhstan. I am very proud of them, especially of the goalkeeper [Higuita]. I want to thank the fans for their support today. I am honoured to work in Kazakhstan. I have worked here for a long time and we were able to obtain this qualification for the World Cup only because everyone went to the field with the intention to give his everything to the maximum. All [that we achieved today] is thanks to our players,” said the Brazilian coach.

The players also commented after the game.

“I believe the support of the fans played a significant role in our victory. The Poles were probably surprised to see how fans in Kazakhstan are able to support their players. Our fans confirmed, [thus] they are the best! They were our sixth player tonight,” said Zhamankulov.

“There was tremendous support from the fans and with it we had no right to lose. We showed a good display tonight. I would like to dedicate our victory to the entire Kazakhstan. I hope that at the World Cup in Colombia we will be able to represent our country well,” said team captain Dinmukhambet Suleimenov.