ASTANA – The Day of Unity of the People of Kazakhstan is to be marked on May 1 with celebrations all over the country. This day is celebrated to highlight the unity of the multi-ethnic community that has been thriving in the Kazakh steppes. 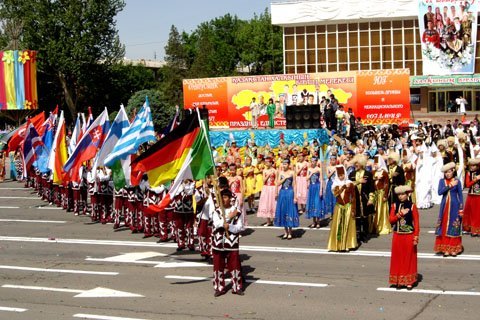 For the first time in Kazakhstan, it was celebrated in 1996. Prior to that date, back in the USSR, this day was known as International Worker’s Day or Labour Day.

As a rule, this is an official day off with festivities carried out throughout city centres in different regions. People have the chance to go out to town squares and have a taste of national dishes of various ethnic groups living in the ninth largest country in the world.

More than 130 ethnic groups now live in Kazakhstan, with a lot of them, like Germans, Koreans, Chechens, Ingush deported here during the Stalinist repressions in the 20th century. To date, all these groups are thankful to Kazakhs for sharing the last crumbs of bread with their fathers and mothers and this day is another reminder to respect the past to make sure to avoid such moments in the future.

To promote interethnic accord, Kazakhstan went yet further. The country established an Assembly of the People of Kazakhstan (APK) in 1995.

Today, Kazakhstan’s model of APK is considered by international pundits as a unique institution that contributes to maintaining positive relations among ethnic groups and provides an opportunity for the expression of interests of all ethnicities living in the country.

Since 2008, nine seats in the Mazhilis, the lower chamber of Parliament, are reserved for candidates from APK.

The APK also helps promote ethnic groups’ cultures, languages and traditions within Kazakhstan’s society and city administrations aid in organising events and festivals for such initiatives.