By Kamila Zhumabayeva in Nation on 26 April 2016

ASTANA – More than 1,500 people participated in the 24th annual session of the Assembly of the People of Kazakhstan dedicated to the 25th Anniversary of the country’s independence.

Members and veterans of the assembly from all regions, chairs of national and regional ethno-cultural unions, deputies (members) of Parliament, heads of central executive bodies, political parties, religious associations, non-governmental organisations, university rectors, diplomatic missions of foreign states, scientific and art intelligentsia and media were among the participants, according to APK’s announcement. The event was held on April 26 at the Palace of Peace and Reconciliation in Astana.

President Nursultan Nazarbayev greeted everyone at the session and noted that unity among citizens coming from more than 130 ethnic backgrounds is one of the greatest values of the country’s independence.

“Kazakhstan managed to preserve friendship – the main heritage (asset) of all generations of Kazakhstan’s people. By the will of the nation, a unique path of equal rights, unity and accord of all ethnic groups in Kazakhstan was elected. The Assembly of the People of Kazakhstan is the fruit of our independence and always stayed at a high level in any challenges and at every period of the independence. Its history is reflected by all stages and concrete results of the nation’s ascent,” he said. 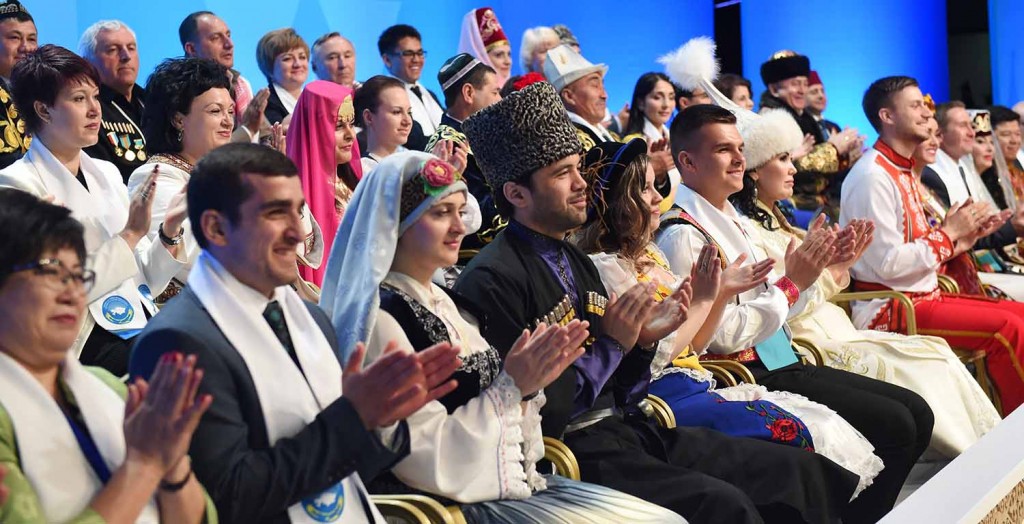 Basic spiritual values of Kazakhstan people is reflected in the document. According him, it bounds together economy, politics, morality, belief, the country’s vision in the global world and will bind many generations of Kazakh people.

Nazarbayev also talked about changes in the country’s education system. According to him, initiatives in the field of education, including transition to a five-day week, trilingual education caused big debates in the country. However, poorly thought experiments are unacceptable, President stated. 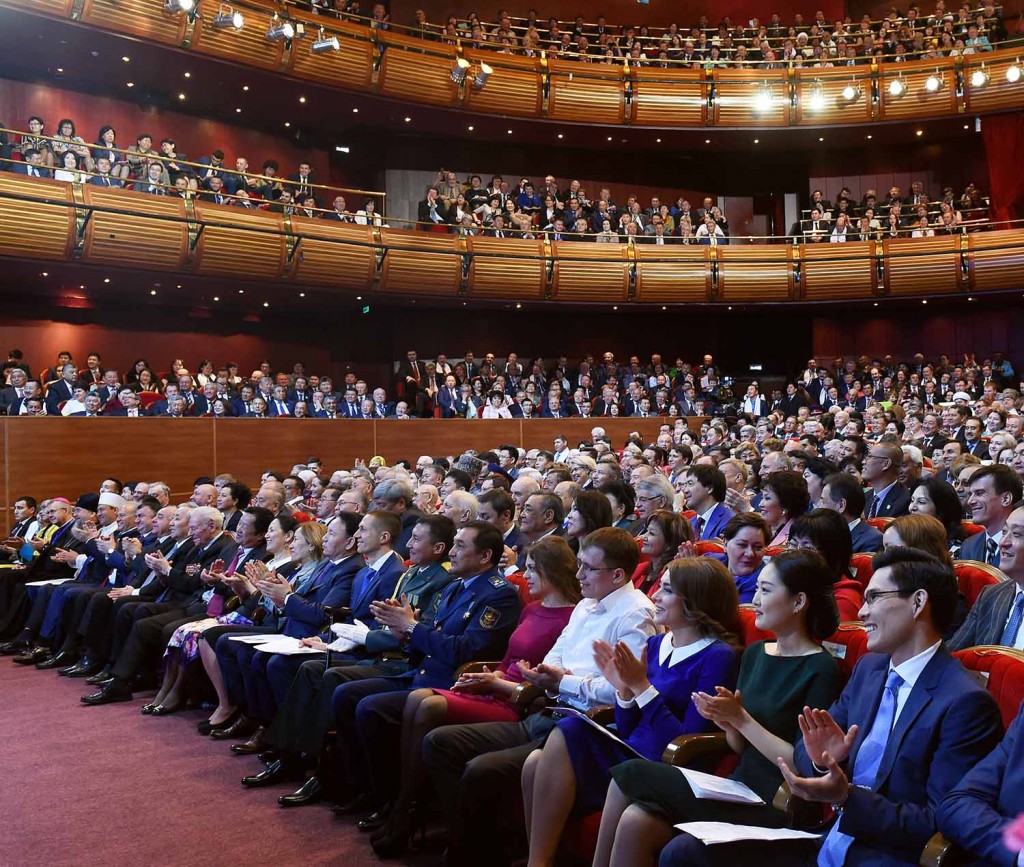 “School issues concern every family. Therefore, all positions must be heard. Unreasoned experiments are not permitted here, nobody can be customised, we decide ourselves what we need,” said the head of state.

Nazarbayev also noted the Patriotic Act strengthened national values such as common responsibility of the authorities, society, and individual citizens over the homeland’s security, development, and prosperity.

“By adopting the Patriotic Act, we build a strong bridge between what we really have in our lives and what is valuable to all of us, with what will be important and precious at all stages of Kazakhstan’s future development,” he emphasised.

Among other speakers at the forum were delegates from the regions, cosmonaut, athletes, representatives of working professions and youth organisations, civil society. All of them highlighted issues having effect on the country’s peace and stability, urging in many cases to cherish them as the main value of the contemporary Kazakhstan.

The session concluded with the formal adoption of the Mangilik El Patriotic Act that will be available on Wednesday morning in Kazakhstan’s nationwide media outlets.