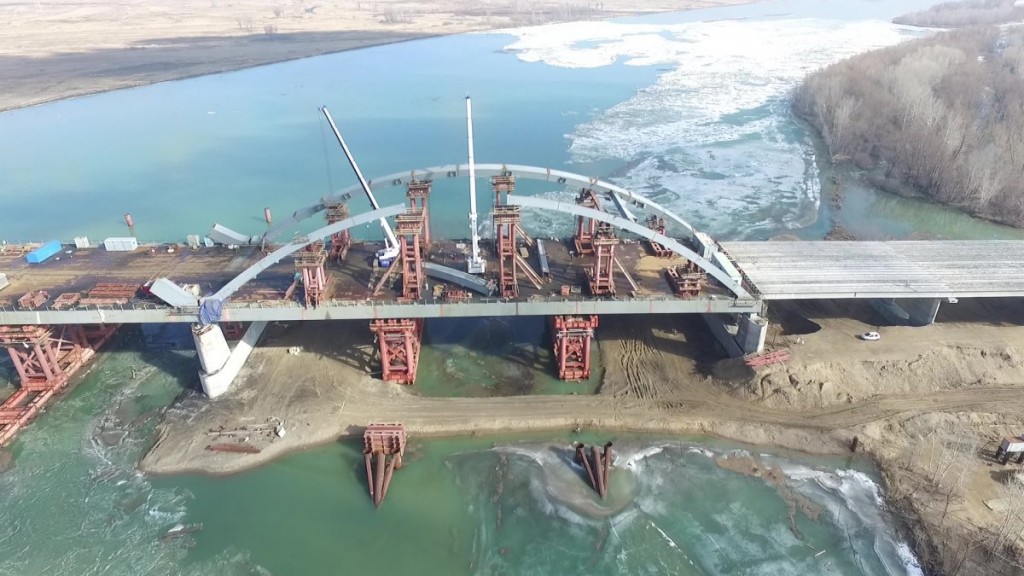 ASTANA – The largest bridge in Central Asian, which is in the Pavlodar region and spans the Irtysh River, is expected to be a major link in the eastern part of the Western Europe – Western China route and save 65 kilometres for transportation companies. The bridge, completed in April, is essential for the transportation of goods as Kazakhstan aims to become a key transit country.

“The bridge over the Irtysh is unique because of the transport logistics and engineering solutions that were used for its construction. The total length of the bridge across the floodplain of the river with a constantly varying channel will amount to 12.3 kilometres,” said the representative of general contractor and head of the BI Group project Bolat Mukhamedzhanov. 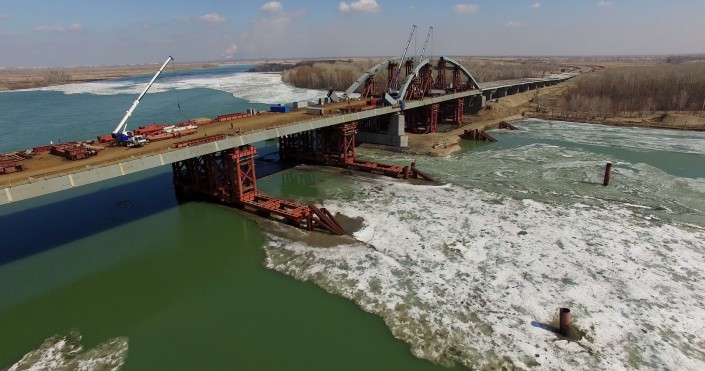 “Due to the significant annual floods, much attention was paid to the culvert capacity of all of the bridge. The bridge consists of four bridges. One of them – the main arch bridge over the river – was designed and constructed using the most up-to-date engineering solutions. These most advanced solutions helped reduce the amount of metal by 1.5 times, which is 3,000 tonnes,” said Chief Engineer of the project Vyacheslav Friedman, describing the innovations.

Mukhamedzhanov said the length of the largest elevated part of the bridge reaches 476 metres and consists of three arches. The length of the central bay is 250 metres, which makes the bridge the largest in the Central Asian region. The bridge’s width is 27 metres, which enables it to have four lanes for vehicles (two lanes in each direction) without weight restrictions.

“This project will sufficiently save delivery time in the Pavlodar region, because it reduces the route by 65 kilometres. Due to the bridge, vehicles will be able to move through Aksu and not enter Pavlodar. This bridge is constructed under the Nurly Zhol state programme and managed by the KazAvtoZhol company,” Mukhamedzhanov said.

The representative of KazAvtoZhol in the Pavlodar region Yersin Sariyev highlighted that great attention was also paid to the exterior of the unique bridge, which will be painted the colours of the Kazakhstan flag.