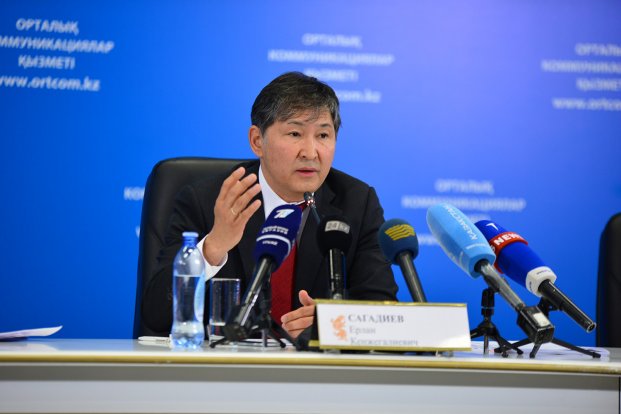 “Never before has knowledge of such scope been transferred to remote access. Over the past five years, there has been a massive informatisation trend in the world… Hundreds of respected colleges and universities now offer online courses, and we would be wise to take advantage of it. High-speed internet will become the main educational backbone of our infrastructure system,” Sagadiyev emphasised.

The minister stressed that this will ensure massive and widespread implementation of new knowledge and practices as well as alignment of all levels of students and teachers.

“It is important to implement it massively throughout the country. We are able to increase the rate of modernisation of educational processes. We will provide possibilities to our students and universities to integrate quickly into the educational space, as do all OECD (Organisation for Economic Co-operation and Development) countries. Distance learning and development of e-content will solve basic issues of small schools,” he highlighted.

Sagadiyev also spoke about the main directions of development of education and science system in the framework of the state programme.

During his current position as a minister of education, there were accepted several important documents, such as the State Programme for the Development of Education and Science in for 2016-2019 approved by decree of the Kazakh President and an action plan for its implementation, a current standard of education, has been updated.