ASTANA – One of Giacomo Puccini’s greatest operas, “Madame Butterfly,” was staged at the Astana Opera April 15-16 within the framework of the Year of Italian Culture in Kazakhstan. 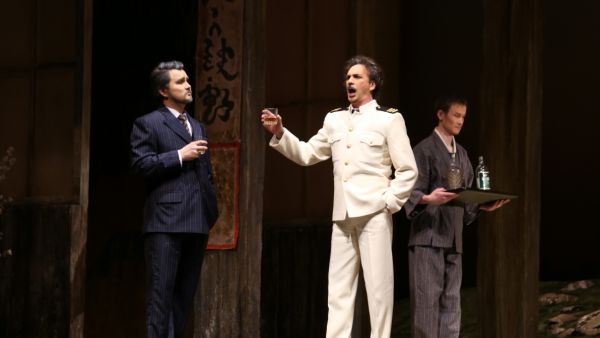 The opera tells the story of young Japanese geisha Cio-Cio-San, also known as Madame Butterfly, who decided to change her traditions and beliefs in order to marry American Navy officer B.F. Pinkerton.

“The story of ‘Madame Butterfly’ crowns Puccini’s creativity period. The composer wrote three successful operas one after another, which made his name. They are ‘La Boheme’, ‘Tosca’ and ‘Madame Butterfly. ’ I am very proud to announce that all three were performed by the Astana Opera,” said Buribayev.

The stage decorations, such as the 18-metre artificial lake, were created to astonish the audience, noted theatre director Toleubek Alpiyev. In comparison to other opera theatres, which have partly recreated the main character’s house, lake and landscape, the Astana-based opera house decided to present full-scale decorations, made by Italians Ezio Frigerio and Oscar winner Franca Squarciapino. 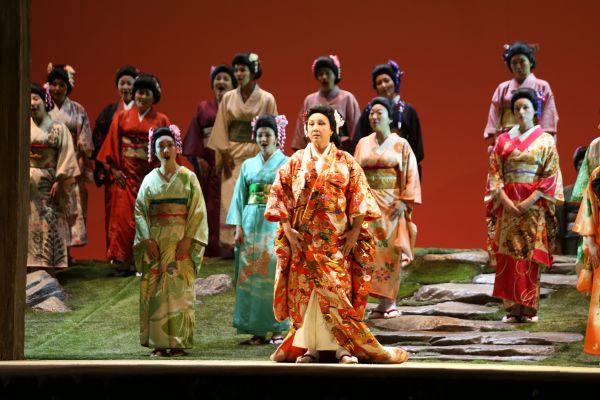 “More than 100 unique costumes were made for the performance. Some of them represent true works of art,” said Alpiyev.

The opera is based on the play “Geisha” by American playwright David Belaso, which deeply touched the Italian composer, noted Amato.

“This is the third production of ‘Madame Butterfly’ in my career and I was waiting for the premier. This is an honour and big responsibility to work with Alan Buribayev and our Italian colleagues, who are great professionals. The performance is difficult, both physically and psychologically. The ending of the opera is very powerful, as the main character is a daughter of a samurai and she had to die in order to ensure a better future for her child,” added Baktai.

“Madame Butterfly” was first staged at La Scala in Milan, Italy in 1904 and has become one of the most beloved productions for opera houses throughout the world.