By Zhanna Shayakhmetova in People on 13 April 2016

ASTANA – American teacher Dennis Keen launched Walking Almaty, featuring the urban landscape’s architecture and recognisable attractions, after moving to the city in 2013. The work has inspired residents of Kazakhstan’s largest city to provide additional information about its historic places. 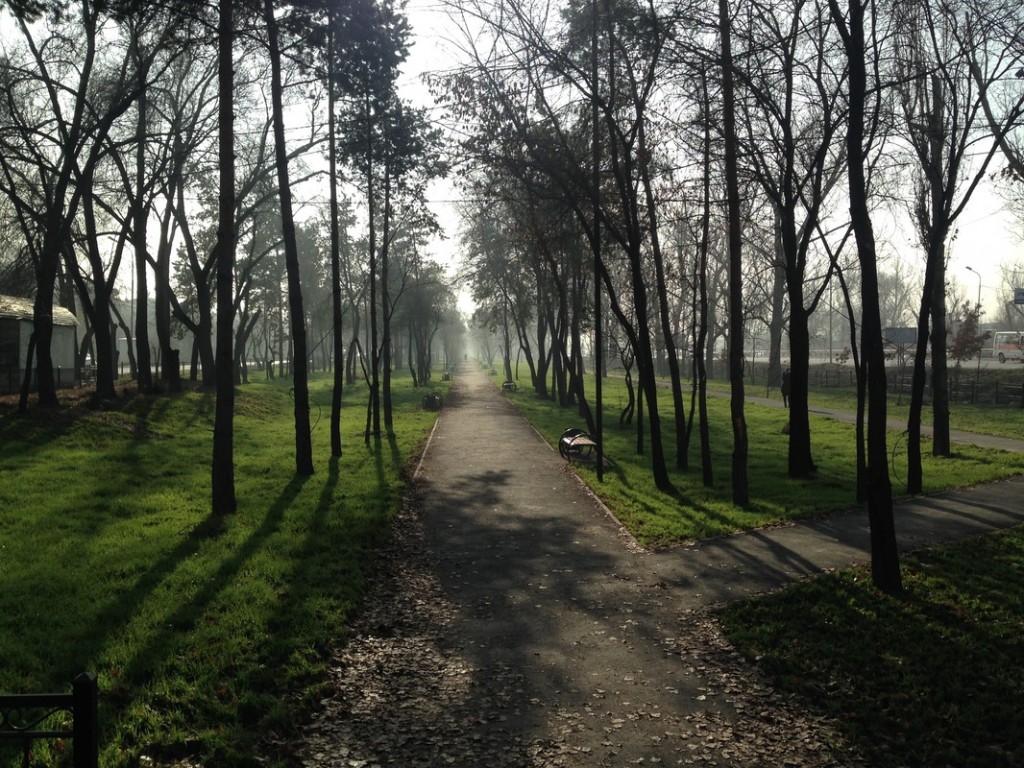 The project website, www.walkingalmaty.com, is a modern online museum highlighting the images in National Geographic-style photos and powerful descriptions of routes and locations. The most distinct characteristic, however, is the 13 historic maps of Almaty and the former Verny (Russian: Alma-Ata).

“I explore a city on foot, documenting the visual landscape with photography. Using careful observation, I try to identify the phenomena in Almaty’s architecture, infrastructure and street scene that give the city its ‘feel.’ I have designed all my routes myself, but I have enlisted the help of Almaty residents for my Neighbourhoods of Almaty map. I held several workshops where folks helped me draw the borders of the ‘unofficial’ neighbourhoods they knew and I have made the map on Google Maps,” said Keen in an interview for this story.

From telephone poles to mosaics, building materials to mailboxes, every item on the city’s streets has been catalogued and explained with informative essays available on the website.

“Almaty is a world-class destination for tourists, but the biggest barrier is information for visitors who do not speak Russian or Kazakh. That’s part of the reason why I created my site; but also when visitors come, they should be able to find street names in English, read menus in English, read signs at museums in English. I’m a big fan of maps, so I think that more useful maps of the city and its surroundings can be made,” added a photographer. 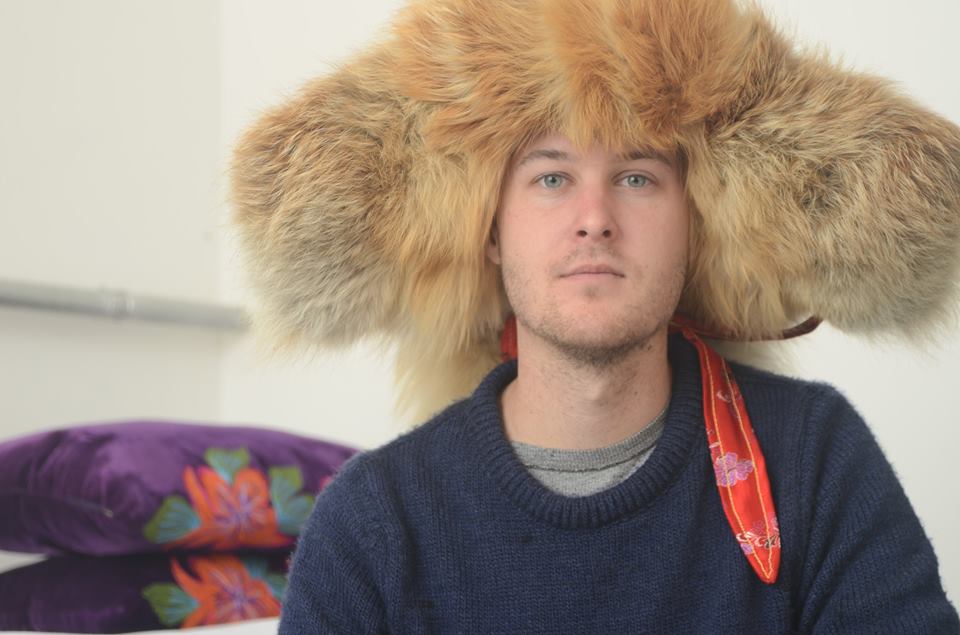 As a 17-year-old student from California, Keen first came to Almaty in 2005 on a summer exchange programme. He lived with a Kazakh family and took beginner classes in Russian and Kazakh.

“In 2009, I went to Mongolia to teach the English language for the first time and I did a research project with Kazakh falconers in Bayan-Olgii. When I graduated from college, I received a Fulbright Scholarship to continue my research in Kyrgyzstan for a year. During that time, I visited Almaty a lot and realised I wanted to come back,” he said.

After obtaining his degree from Stanford University, Keen returned in 2013 for a final summer programme in Kazakh at KIMEP University. He and his fiancé, Adisa Zhanabai, currently teach at the English school he founded.

A supporter of a healthy lifestyle, Keen became a voracious walker. The tours around the city resulted in his decision to create a map.

“I had studied Russian and Kazakh, but urban Almaty seemed to be written in a language I could not understand. Every day I walked back and forth to school and every day I found a new route, a different way to zig and zag across the town. As I tried to make my new home familiar, there were patterns in the public space that baffled me. What was this ragged stone full of fossils that was used on the faces of all the buildings? What was the story with all the little canals lining the streets and why were some full of water and some full of trash? Why were the trees all painted white? 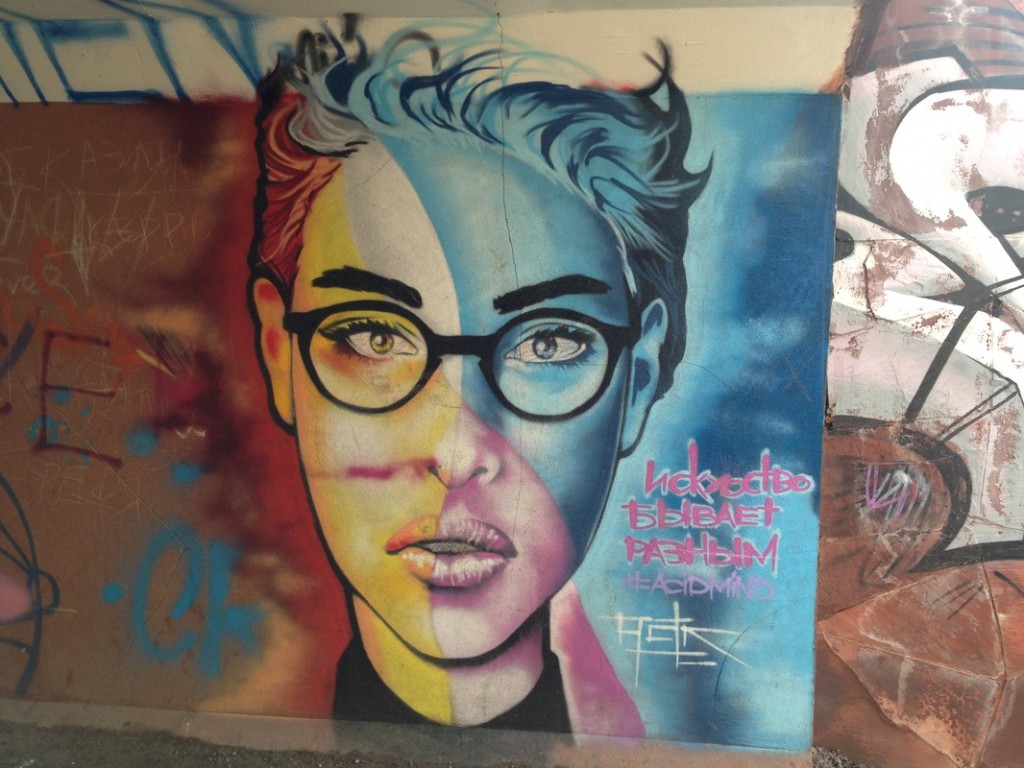 “Most of all I like quiet neighbourhoods with old homes and nice views, like Alatau or Gorny Gigant. I love the Golden Quarter with its Stalinist buildings and squares and alleikas. I love finding new hiking paths in the foothills of the Alatau, especially ones with apple orchards and city views,” he said.

The author introduced the Russian word “alleika” (a small alley) into the English language.

“Walking around Almaty, visitors are almost always surprised by the greenery, the constant canopies of trees and the alleyway. These pedestrian paths, lined with benches, lawns and trees, are hard to name. The Russians, those great gardeners, have a precise name for them, though, which is ‘alleiya,’ or in its more affectionate forms, ‘alleika.’ The fate of ‘alleikas’ is important, because park space in Almaty is something that locals really value,” he said.

To Keen, every walk is a like a fascinating lesson. A wide range of posts are dedicated to Kazakh ornaments, graffiti, wooden gates and street musicians. His interest in eagles inspired him to discover sights for falcon lovers.

“It is one of Kazakhstan’s big cultural calling cards – the noble hunter with the eagle on his arm. Many people have seen it on the BBC or read about it somewhere when they were kids. When they get to Almaty, they are a bit bummed that falconers are not found on every street corner. Due to this, I worked a guide to falconry-related sites in the city’s so-called cultural artifacts. The Alma-Arasan Gorge on the mountains hosts the Sunkar Falcon Centre, the only place to see the professional bird handling in the city,” he said. 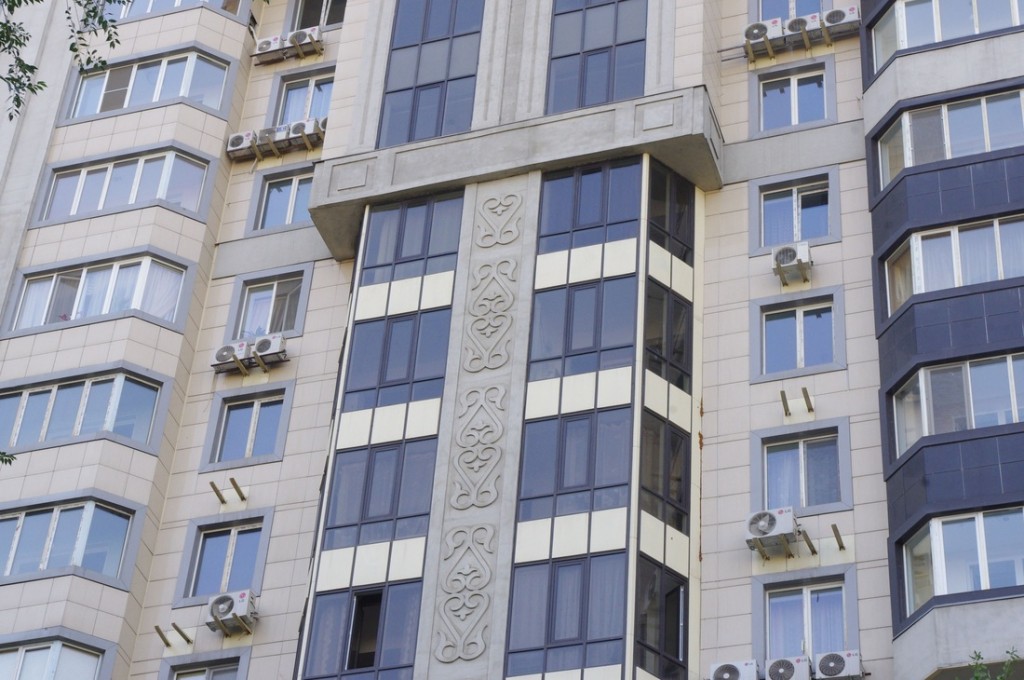 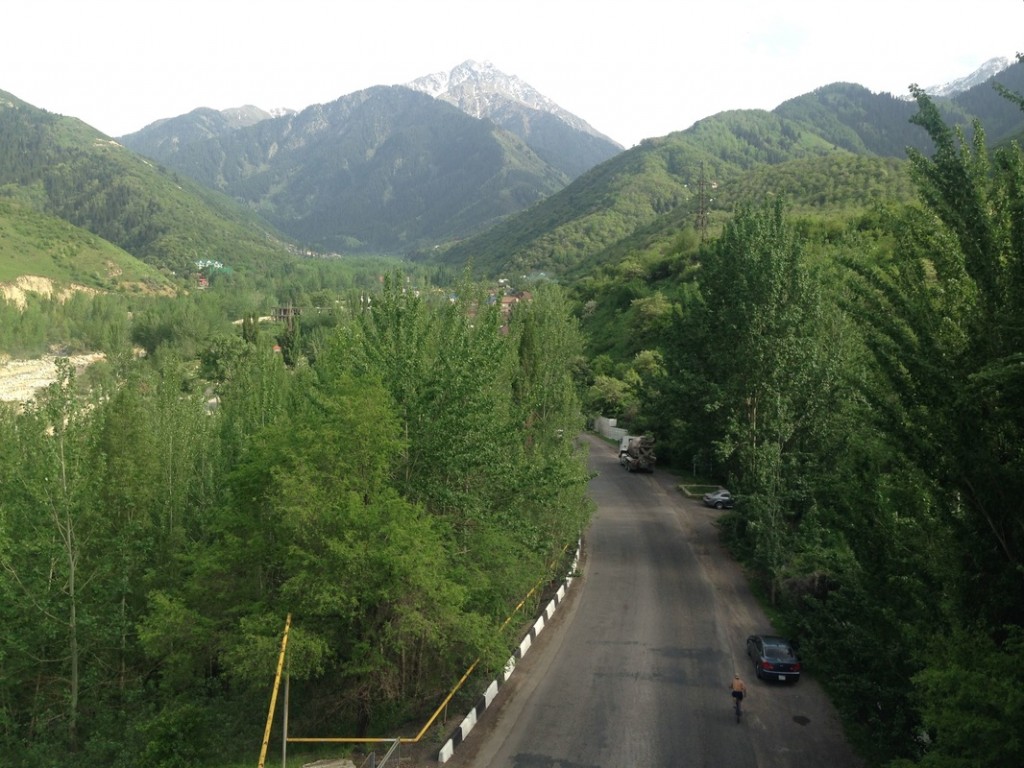 Keen’s project has attracted attention to urban-specific problems such as irrigation ditchs, noting the inconspicuous little gutters have the power to make or break the city.

“Almost every street in the centre of our southern capital is lined with a remarkably-powerful landscaping device – the aryk,” he said. “It is effortlessly-charming, gurgling clear mountain spring water that cools the summer air when it is full and when it is empty, it fills with litter and leaves. As lovely as they can be, aryks pose a problem that the city planners must not have anticipated: if you get out of a parked car along the side of the road, how do you traverse the abyss to the sidewalk? Aryk-hopping has become, for many residents, a necessary skill. In response, some entrepreneurs have taken the initiative to build little walkways for their customers, making Almaty perhaps the world capital of teeny-tiny bridges.”