ASTANA – A concert to mark the 25th anniversary of the closure of the Semipalatinsk nuclear test site was held April 14 in the capital at the National University of Arts. The concert featured Kazakh traditional tunes played on musical instruments from the Western world, composed by a British composer Nicholas Singer. Among the guests of honour were distinguished Kazakh nuclear disarmament activists. 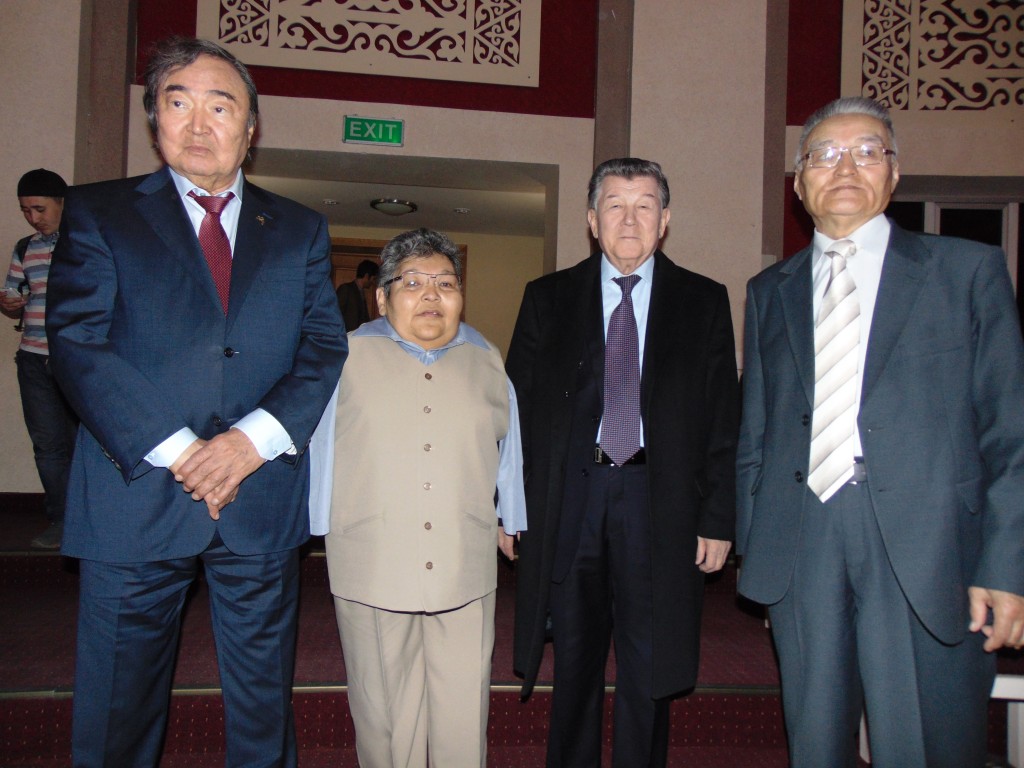 President and founder of the Nevada-Semipalatinsk movement and Kazakhstan’s famous poet Olzhas Suleimenov gave opening remarks. The massive popular movement, initially protesting against Soviet nuclear weapons testing in Kazakhstan, was the cornerstone of the nascent nation’s nuclear disarmament efforts in the 1980s and 1990s and an important step the country took at a crucial time in its history.

On Aug. 29, 1991, four months prior to the collapse of the Soviet Union, President of Kazakhstan Nursultan Nazarbayev signed a decree to shut down the ill-fated and infamous Semipalatinsk nuclear test site that saw some 456 nuclear explosions.

To this day, the people’s will, the President’s decision and the country’s antinuclear legacy lives on. The country, which is to celebrate its 25th year of independence this year, has assumed a leading global role in global nuclear weapons disarmament, has offered the International Atomic Energy Agency (IAEA) to host the bank of low-enriched uranium on its territory (LEU) and has participated in all four Nuclear Security Summits with the latest held in Washington March 31 -April 1.

As part of Nazarbayev’s global efforts, the antinuclear weapons initiative and an online petition The ATOM Project has amassed over 250,000 signatures and is growing. Its Honorary Ambassador Karipbek Kuyukov, a painter born without arms, was also present at the concert and addressed the audience.

The National University of Arts and a London-based company Spring Films were the initiators and organisers of the event. Spring Films is filming a documentary Sow the Wind in Kazakhstan, starring Kuyukov, about the lives of the people who are fighting for a nuclear-weapons-free world through their paintings, music and arts.