Kazakhs Out of Davis Cup after Thriller with Djokovic-Led Serbia

In an intriguing confrontation, Team Kazakhstan gave way to Serbia 3-2 in the first leg of the Davis Cup World Group. The match took place March 4-6 in Belgrade. 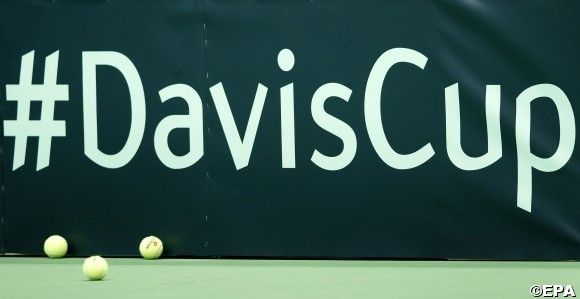 Immediately after the draw, it became clear Kazakhstan would be facing a tough test. Kazakh fans had reason to believe in a better outcome by the fact that more than once during the past six seasons, the Diaz Doskarayev-managed team stunned tennis lovers with its sensational victories.

The task was especially difficult this time, however, as the Kazakhs needed to overcome the formidable Serbs, the 2010 Davis Cup winners. Novak Djokovic, currently the best player in the world, could decide the fate of the meeting singlehandedly. The Serbian superstar has been in particularly great shape lately, posting his 700th career win shortly before the Davis Cup match at the ATP tournament in Dubai. Among active players, only Roger Federer and Rafael Nadal have achieved the feat.

“A victory over Serbia with Djokovic on the team will be much sweeter and more enjoyable than without him. And, of course, it would be a great honour for our team to go against Djokovic and give one hundred per cent on the pitch,” said Doskarayev before the match.

In Belgrade’s Pioneer Hall, his team found support from more than a hundred fans from Kazakhstan who strongly motivated them to surprise the home crowd.

Specifically for the match, the Kazakhstan Tennis Federation arranged a visit for a large group of young Kazakh tennis players. They had a master class with famous Serb and Kazakh players and later were treated to a photo session with Djokovic.

The match opened with Djokovic’s rivalry with Kazakhstan’s Alexander Nedovyesov. The Kazakh player tried very hard, but the advantage was entirely on the side of the number one player, who won in straight sets, 6-1, 6-2, 6-3, giving his team an early lead.

Following the game, Djokovic noted the support the Kazakh fans provided for Nedovyesov.

“Kazakhstan fans took advantage of good acoustics; they used musical instruments, too. I hope that our fans will be cheering for us just as our guests did,” he said.

On the second day, few pundits predicted a victory for the Kazakh doubles pair, Nedovyesov and Andrey Golubev. They put on a brilliant display against Djokovic and Nenad Zimonjic, not only winning the match but doing so without losing a single set. The victory put Team Kazakhstan up 2-1 and left the hosts in a difficult position.

The rivalry between the team leaders looked very promising even before it began. Kukushkin and Djokovic met two years ago when the latter won in Shanghai, leaving the Kazakh without a single chance. This time it was different. The thrilling match lasted more than five hours while Kazakh and Serbian fans provided unbelievable support for their respective favourites.

Kukushkin managed to put such enormous pressure on Djokovic that he nervously threw his racket several times. Destiny’s favour inclined one way, then another. The Kazakh, less accustomed to such protracted games, had leg cramps several times. As the Serb “sensed blood,” he began to play with new force and finally managed to win the five-set match, 6-7 (6), 7-6 (3), 4-6, 6-3, 6-2, tying the score.

Following Kukushkin’s impressive display, Team Kazakhstan fans had reason to believe Nedovyesov would lead his team to the next stage in the confrontation’s decisive match. But the miracle did not happen. The 29-year old Kazakh was crushed by Troicki in three straight sets, 6-2, 6-3, 6-4, giving Serbia the 3-2 lead and allowing the nation to progress to the quarterfinals.

“I want to congratulate the Serbian team. They were the stronger side, so they took their two points [today]. We, of course, will analyse and continue our work,” said Doskarayev after the match.

He added his team’s task would now be to prepare in the best possible way for the playoff matches in September when the Kazakhs will have to defend their right to remain in the world group. Doskarayev also highlighted the role of the Kazakh fans on the stands.

“They really did everything they could. They gave us strength by supporting us regardless of the score and the circumstances [on the pitch]. We are really grateful for that,” he said.