ASTANA – Knights wearing ancient armour and holding heavy swords and shields walk in the centre of the city. Is it a dream? No, it is the Blade of Steppe, an event organised by Temir Tumen club where gathered knights from various nations to fight and learn who is the strongest and bravest in the Kazakh steppe. 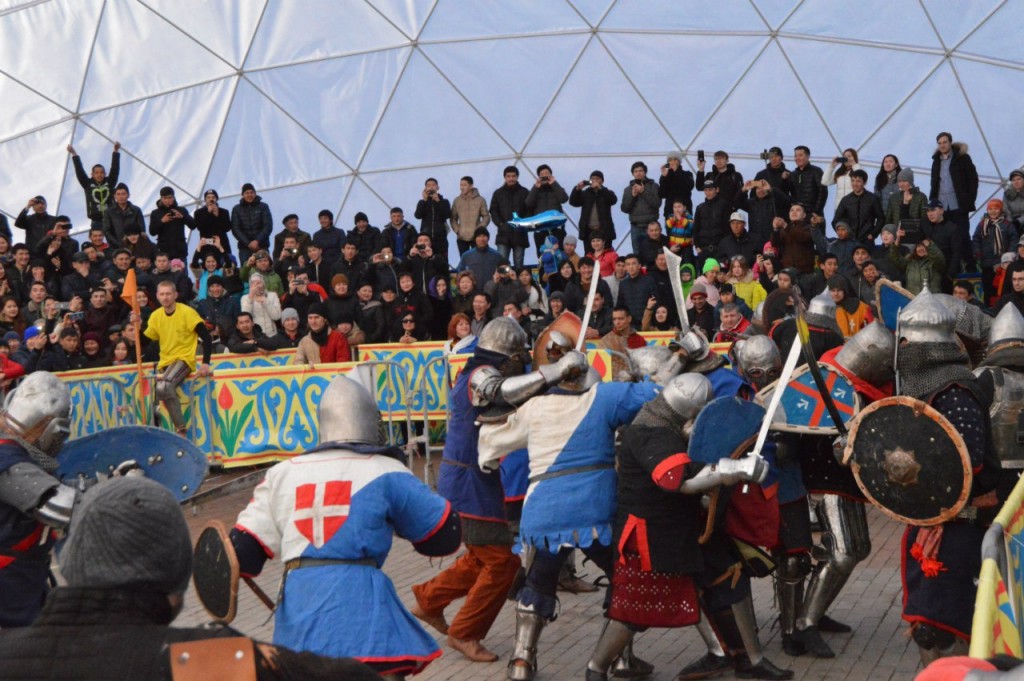 “We invited many clubs to take part in the event and all clubs of Kazakhstan for the Blade of Steppe tournament. The movement started nearly 15-18 years ago. Now, we have approximately 100 fighters in our country. The movement is still growing and we do our best to organise new clubs and add more participants. This is a mix of sport and an additional course of history, plus some elements of ancient life and culture,” said Temir Tumen President Evgeniy Suhotin.

Held for the third time in the capital, the tournament organisers indicated it will become a tradition. The event involved more than 80 participants from Kyrgyzstan, Russia, Ukraine and Uzbekistan. This battle is a team sport, with fighters from different states uniting for one team.

Becoming a reenactor involves more than merely buying ancient armour and weapons. The ranks are filled with those who know and love history and are club members. Not everyone can join, however, because members must be disciplined and in good physical shape. Men weighing 80 kilogrammes or more are preferred, as the armour weighs 35 kilogrammes and more and not everybody is able to fight while wearing it. Heavyweight fighters stand tall and have better wrestling opportunities. The movement has hundreds of clubs and millions of members. Different clubs hold events inviting other clubs to their country to share the experience of fighting and creating ancient armour and weapons. 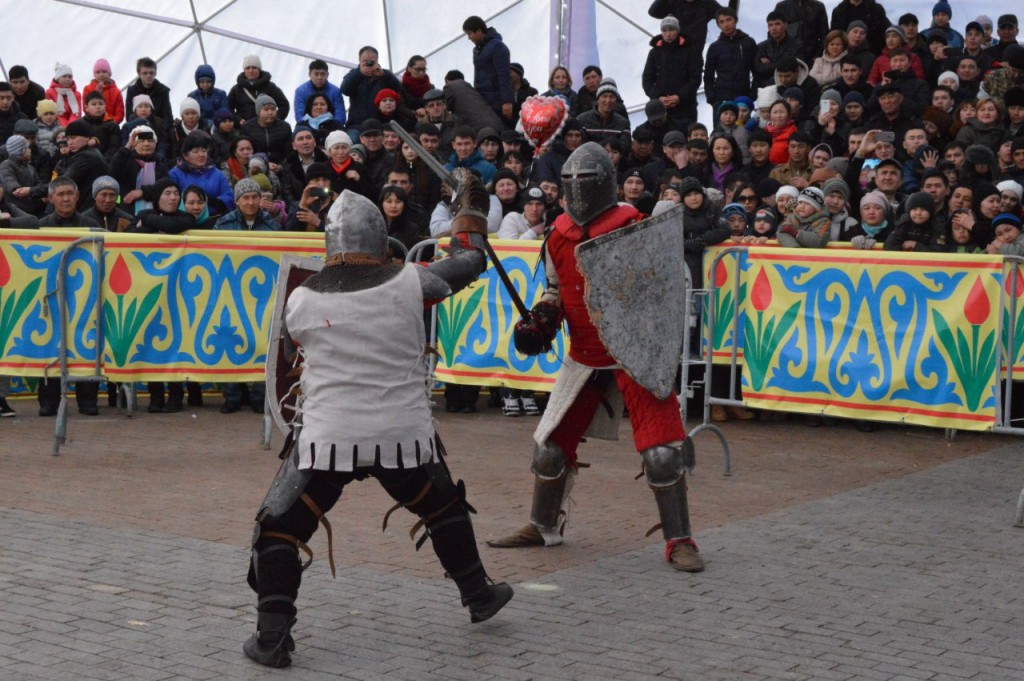 “The organisation and hospitality of the Blade of Steppe is so high that in a few years it can become a great tournament, where teams will strive to participate and win. Well done! Astana is a beautiful city with Asian luxury. It was good training before other events and I liked that fighters would fight and travel such great distances. Twenty-three hours in bus is a lot! Thank you very much! Waiting to meet you at Ledovoye Poboishe (Battle on Ice) tournament in Russia,” said knight Alexandr Buzdalov.

Victor Derkach, one of Russia’s best fighters, echoed his comments.

“Thank you very much, dear organisers of the event! Your event becomes better and better every year. I was glad to see the number of participants and the quality of the organisation. Everything was really great. The organiser supplied us with everything which was necessary for the event. The fighters were much better than last year and I hope that this trend will continue. Everybody was happy to feel the emotions and even being beaten. I hope that you will invite us next year, too,” he said.

Temir Tumen member Dmitry Gorelik noted the tournament is fun because it so different from his typical routine.

“It may be some way to get away from everyday office life. Now when the fighting ended, I must shave and get back to my office. It is also an attempt to educate children who are addicted to computers nowadays about a desire to fight, a passion for the sport and its history. Our club is called Temir Tumen, which means an iron squad, and the reconstruction we have is the beginning of the Kazakh Khanate,” he said in an interview on Kazakh TV.