By Zhanna Shayakhmetova in Nation on 18 March 2016

ASTANA – A Kazakh plant is ready to launch the production of sea bottom mines at the request of the country’s Armed Forces. The Ziksto company plans to develop and produce four prototypes in the first stage. 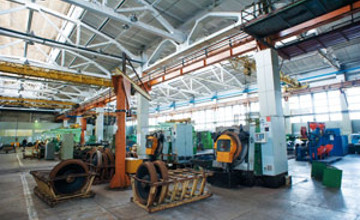 Sea bottom mines are a kind of sea mines installed on the bottom of the sea, which are triggered by exposure to magnetic, acoustic or physical fields when a ship passes over it, according to Inform.kz.

The plant management and the command of the Kazakh Naval Forces had already negotiated whether it is possible to produce sea bottom mines for testing and create the regulations for its use.

If a positive decision is reached, the company will work on finalising the product for future mass production.

In 2015, the management signed a contract with Russia for the supply of two samples of mines as a result of cooperation with the Kazakh Ministry of Defence and Kazakhstan Engineering.