By Zhanna Shayakhmetova in Business on 9 March 2016

Two Almaty businessmen have jumped into the food industry with the idea of making ice cream using liquid nitrogen. Scoopers is the first company in the Commonwealth of Independent States (CIS) that produces the treat with organic and natural ingredients. 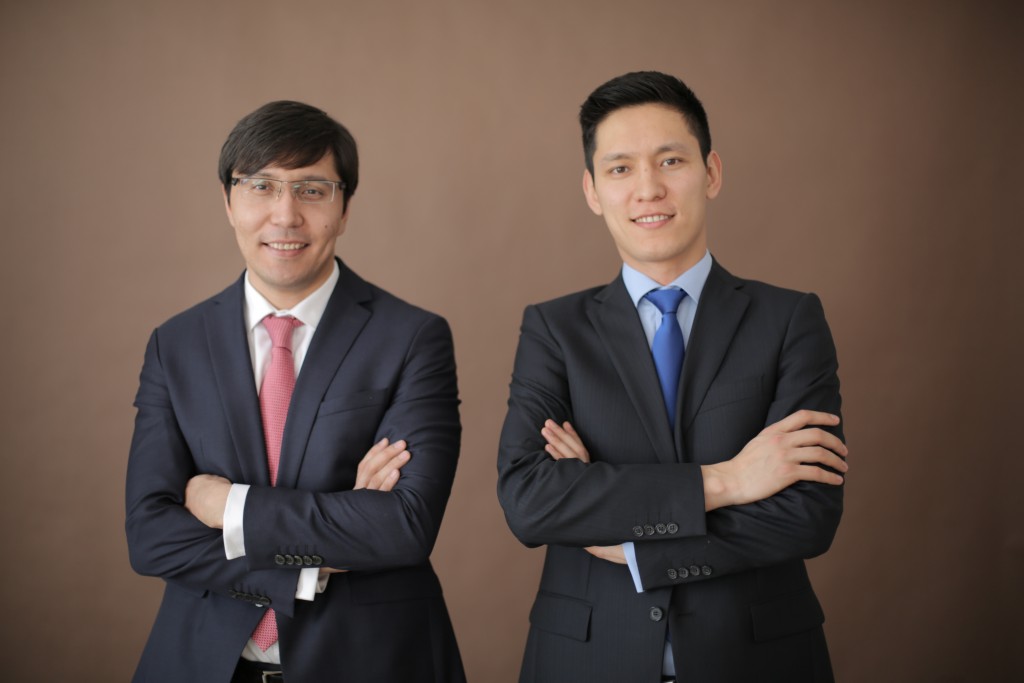 Members of the younger generation of professionals who implement advanced education and cutting-edge technologies, Aslan Nazaraliyev and Olzhas Shimirov are keen to try new ideas and adopt best practices for greater efficiency in the local market.

They are confident Kazakhstan has good potential for developing its own innovative-driver companies and there are many companies looking for outsourcing and collaboration. United by a philosophy of thinking outside the box, they are doing their part to encourage future self-starters and deliver lectures on entrepreneurship.

After earning their degrees abroad, Nazaraliyev and Shimirov began their careers as civil servants. Then, both decided to be involved in a start-up company, realising the routine jobs of an internal auditor and planning specialist oppressed their creativity.

“One day we realised that we were doing things we actually did not like. When we were free, we let our imaginations fly and started to brainstorm and generate ideas,” the entrepreneurs said in an interview with The Astana Times. “While watching a YouTube channel, our attention was caught by a video with an intense smoke show. We explored a whole new world of chemistry called liquid nitrogen. We were unaware of nitrogen’s value, not only as a major component of the air that we inhale, but as a basic element in medicine and the food industry.” 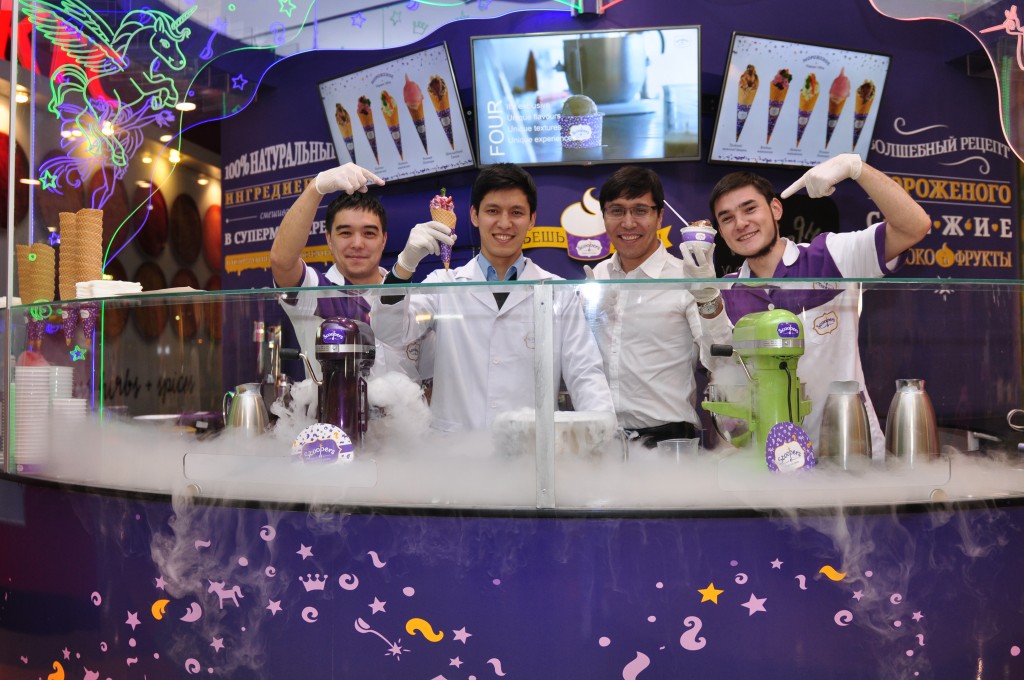 Through research, they came across the field of molecular gastronomy. One aspect of the food science involved fast-freezing ice cream using liquid nitrogen to preserve all the natural qualities of the ingredients, they explained.

“It was a turning point! We decided to make a fresh and healthy dessert as an alternative for a traditional ice cream. However, no one [finance and economics experts] believed that we could come up with such a recipe where it would be edible. The ice cream specialists were especially sceptical about this and even did not take it seriously when we asked them at least to help us in testing our product,” the pair added.

It took around one year from idea to final recipe and their ice cream now consists of only four main ingredients: fresh milk, cream, vanilla and sugar. Other flavours such as chocolate, coffee, mint, caramel, berry, green tea and pistachio are all natural with no artificial flavouring. The price for Scoopers ice cream starts at 400 tenge (US$1.50) per 100 grammes.

“We opened our first store in 2014. Since then, we have opened two more stores and we have been receiving invitations from other shopping centres. Initially, it was very hard to agree about the place with shopping mall owners. Then, people did not completely understand that our ice cream is different from other desserts,” they said.

“The most challenging part of developing the SonaLab project was the availability of ingredients for trying new formulas, because suppliers mostly do not sell in small quantities. Sometimes you have to buy at least one chemical barrel just to find out that the ingredient does not give the desired result,” they said.

The pair has also lent its expertise to agriculture.

“We have implemented a new way of clean and efficient farming with the Zertis Agro project,” they said. “The herbs and berries grow in air without the use of soil. The Aeroponics system allows them to save water by spraying mist on the roots and keeping them free from pests, so that the plants may grow more quickly. This method decreases labour and expense.”

According to Nazaraliyev and Shimirov, every day brings new challenges.

“You should be better than you were yesterday, otherwise you fail,” they said. “The biggest hurdle we face is the shortage of skilled workers. Today, most young people are looking for a quick way to get money. They are not interested in doing business or working responsibly.”

The managers feel there is no universal, effective strategy for would-be entrepreneurs. The most essential thing is to find a reliable partner. Being part of a team is important to adjust and improve in a competitive environment.

“We aim to export our products to the Asian countries and the Commonwealth of Independent States (CIS) and become a franchisor by the end of the year. Currently,we have been working on a project for exporting powdered horse milk and kazy [traditional Kazakh sausage] to the Asian countries as there are inquiries from local businesses,” they said.