By Malika Orazgaliyeva in International on 11 March 2016

The Festival of Kazakh Cuisine took place at the United Nations headquarters in New York March 7-11, the Ministry of Foreign Affairs of Kazakhstan reported. 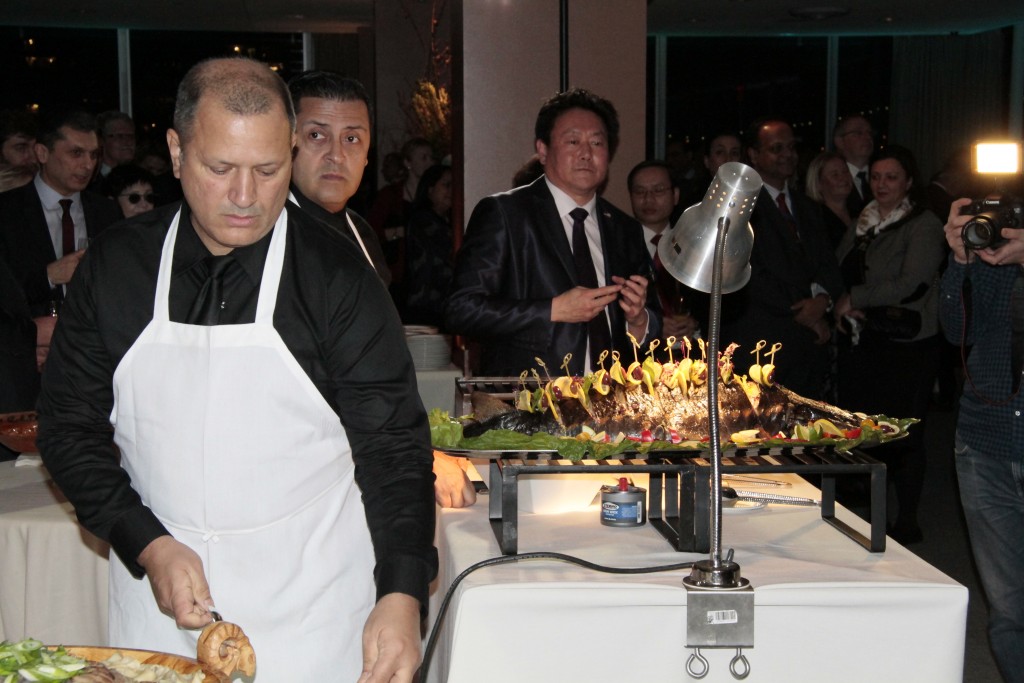 Five well-known chefs from Kazakhstan visited New York to take part in the festival and presentKazakh dishes, sweets and drinks to the public.

President of the UN General Assembly Mogens Lykketoft, UN and Kazakh diplomats, high-level officials and staff of the UN Secretariat attended the festival. Besides the national dishes, the guests became acquainted with the rich historical traditions of Kazakh culture, art, national costumes, household items and utensils. Musical compositions and songs by Kazakh composers were also played at the opening ceremony and a string quartet of Kazakh and U.S. students performed famous Kazakh compositions. 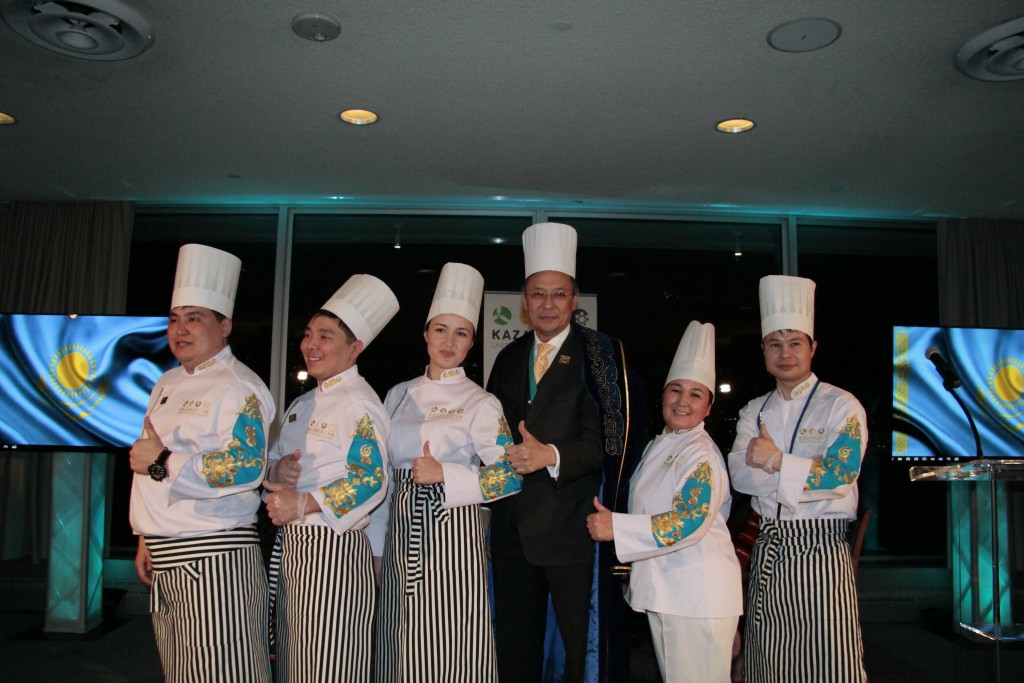 Permanent Representative of Kazakhstan to the United Nations Kairat Abdrakhmanov welcomed guests and thanked them for their interest in the culture and traditions of Kazakhs. The culinary culture of Kazakhstan absorbed the flavours and culinary features of the Great Steppe and its population over the centuries, he said, adding that it is a kind of a symbiosis of the culture of food of the nomads and the rich gastronomic recipes of the ancient Silk Road. 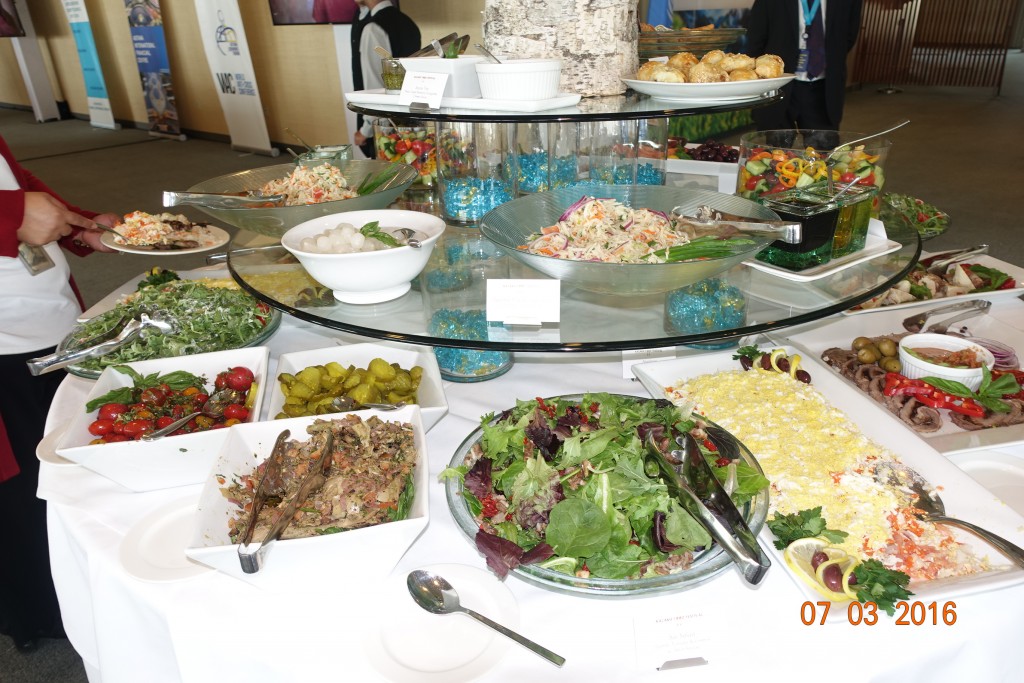 A daily lunch buffet was also offered, including cold meat and fish dishes, salads, karyn and hot dishes, including beshbarmak, kuyrdak, lamb on a spit, plov, manty, koktal, baked sturgeon, baursaks and samosas. There was a range of sour-milk drinks, including ayran, kumys, shubat, as well as Kazakh desserts, such as zhent, kospa, chak-chak, kurt, irimshik and other delicacies.

The festival attracted more than 700 people wishing to try the Kazakh cuisine.