Football Season Kicks off in Kazakhstan 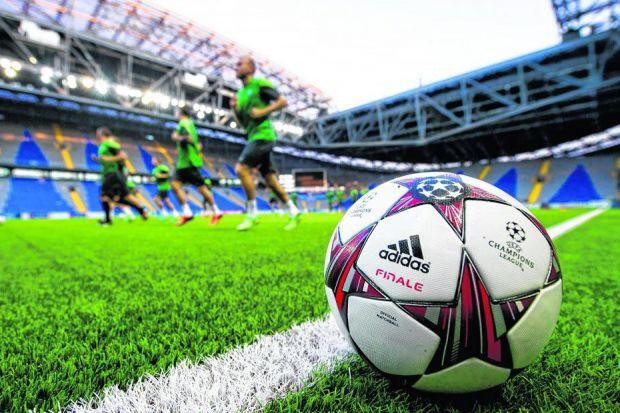 Astana and Kairat have dominated Kazakh football at the club level for the last two seasons. Both teams performed well last year in the European club competitions. FC Astana made history by becoming the first Kazakh club to reach the group stage of the Union of European Football Associations (UEFA) Champions League. The team was unbeaten in all three home matches, earning draws with Atletico Madrid, Benfica Lisbon and Galatasaray Istanbul and grabbing one more away point in Turkey.

Kairat had its share of glory, too, beating the famous European Red Star Belgrade and FC Aberdeen, while missing on the Europa League only due to an away-goal rule in the hard-fought confrontation against Bordeaux.

The Almaty team is now led by new coach Alexander Borodyuk. The 53-year old Russian won Olympic Gold in Seoul in 1988 as a player with Team USSR and had a successful spell in Bundesliga. As a coach, he spent almost 10 years on the Russian national team’s coaching staff and served as an assistant to Guus Hiddink in the late 2000s. He has yet to prove himself as a strong coach at the club level.

Astana and Kairat contested in last year’s supercup. The victory went to the Astana Arena hosts, who were stronger in the penalty shootout. This time, the visitors were determined to beat their main rivals and bring the trophy closer to the snowy peaks of the Tien Shan.

Additional interest in the match was caused by an expected appearance in the Kairat ranks by former FC Arsenal and Zenit Saint Petersburg star Andrei Arshavin. The Russian striker spent more than a week training with Almaty, but the question of whether he will sign a contract remains open.

Arshavin, who had his best hours in Euro 2008, was seen in the pre-match training session at the Astana Arena, but was missing on Kairat’s lineup and reserves for the match.

“Andrei is on the team and I am waiting for the management’s decision on him,” said Borodyuk in response to a question about the player’s prospects.

The first match of the season usually has a lot of tough struggle and rarely pleases fans, as numerous goals are scored and teams only look for their best playing conditions. Perhaps this is why the game, which saw no clear domination from either team, ended goalless in regulation and extra time, although both sides had several good opportunities to score and decide the fate of the match in their favour. Kairat had more luck in the penalty shoot-out, winning 5-4.

“I think today this country’s best clubs played and they showed good football. It is always nice to start the season with a win. We are to play in the championship, where we expect to have a fierce competition for the gold medals. We aim only for a win [in the Premier League],” said Kairat’s midfielder Anatoly Tymoshchuk, another former Zenit Saint Petersburg player known for his performances on the Ukraine national team and at Bayern Munich.

“We possessed advantage on the field, had good chances and have only ourselves to blame for failing to translate them into goals. For both teams, the match was difficult. We showed a great will to win, but probably lacked quality to score,” said FC Astana’s head coach, Bulgarian specialist Stanimir Stoilov.

“Naturally, every victory evokes positive emotions. I am very happy for the players. They won the trophy deservedly and this victory will remain in the club’s history. I am glad and happy for them as a coach. Indeed, the opening games of the season are always difficult,” said Borodyuk.

In addition to the supercup, March 12-13 saw the opening six matches of the Premier League season. In Kazakh football’s top flight, 12 clubs will contest for the title.

FC Astana started the league season with 2-1 victory over Shakhter Karaganda, while last season’s silver and bronze medallists, Kairat Almaty and FC Aktobe, lost unexpectedly to two southern clubs. FC Taraz beat the former, 2-1, and Ordabasy Shymkent topped the latter, 3-1. Perhaps these clubs will be among the main contenders for the top places in the Premier League table and seats, which would bring them a chance to play in European club competitions next year.