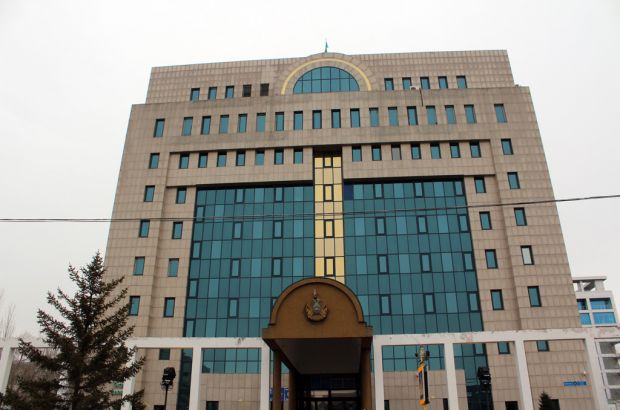 The event was also attended by the ERG Board of Managers Chairman Alexander Mashkevich, kazpravda.kz reported. He noted despite the current difficulties facing the mining sector, the enterprise is completing the tasks outlined in the Nurly Zhol New Economic Policy, announced by Kazakh President Nursultan Nazarbayev in November 2014.

“We continue supporting a good partnership with the akimat of Kostanay region, where we have the mining giant in the domestic industry – the Sokolov-Sarybai ore mining and processing enterprise. We also continue supporting social projects for the region, so each paragraph of the signed memorandum has been carefully reviewed and is aimed at improving the social well-being of the inhabitants of the area,” he added.

The total amount allocated by ERG in the framework of the memorandum has grown substantially this year to 1.3 billion tenge (US$3.8 million). As in previous years, the funds will cover the most important social projects, particularly those aimed at improving and developing the infrastructure. Examples include repairing the Sokolov station penstock and reconstructing Arkalyk city stadium.

“I would like to mention that the Eurasian Group, going through this challenging time, has nevertheless saved jobs. We have also discussed the issue of raising the salaries for   employees working for the enterprise. This is an important component of the corporate responsibility, which generally affects the social well-being of people,” said Muhanbetov.

During the last five years, ERG subsidiaries have allocated more than 103 billion tenge (US$301 million) to provide social protection for workers, as well as for sponsorship and charity purposes. The enterprise recently financed refurbishing the engineering and communication networks in Kostanay region, as well as purchasing equipment for communal needs in Rudny, such as rehabilitation equipment for children with cerebral palsy, an ambulance and necessary equipment for Rudny’s maternity hospital, colleges and institutes. ERG also renovated schools and recreation centres in Rudny, built a fitness centre in Kachar and allocated funds to improve Arkalyk.

ERG dates to 1994 and has become one of the world’s leading players in the mining sector. The enterprise manages such companies as Aluminium of Kazakhstan, Eurasian Energy Corporation (EEC), Kazakhstan Aluminium Smelter (KAS), Kazchrome, Shubarkol Komir, the Sokolov-Sarbai Mining Production Association (SSGPO) and Transcom LLP.