ASTANA – On March 14, Kazakh Minister of Defence Imangali Tasmagambetov took part in a ceremony marking the launch of construction of the first cartridge-manufacturing plant in the Sary-Arka special economic zone (SEZ) in Karaganda city, reported the press office of the Kazakh Defence Ministry. 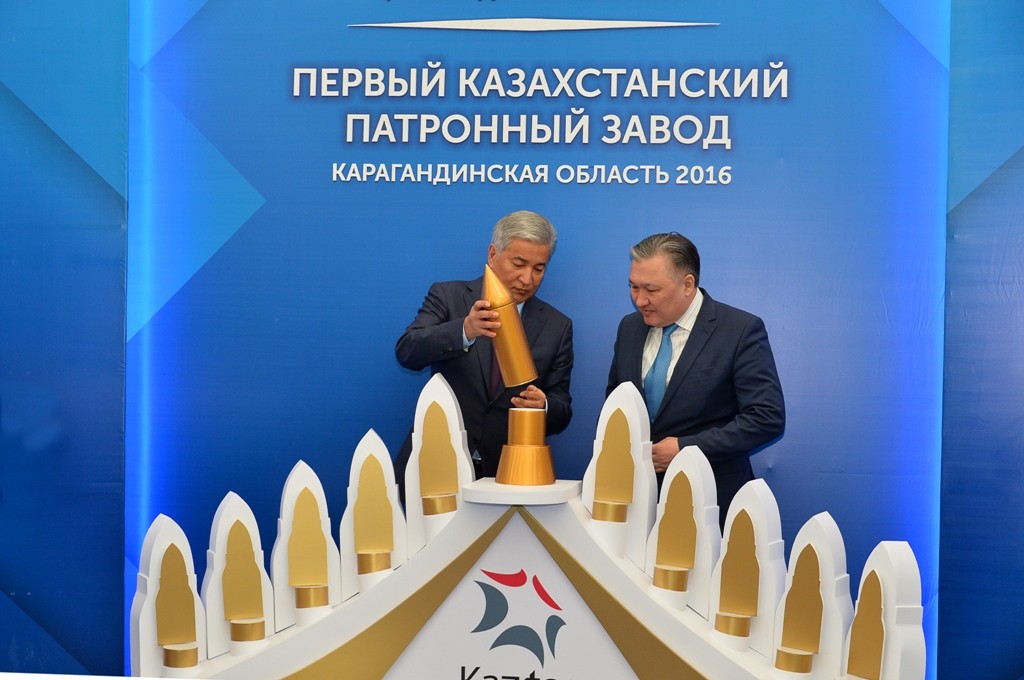 The plant will produce the most popular 5,45×39 mm, 7,62×54 mm, 9×18 mm and 9×19 mm calibre handgun cartridges, which are widely used in the Kazakh Armed Forces. The product is expected to meet national security requirements and reduce small arms ammunition stockpiles in the country.

“The ammunition factory will create a constant demand for a supply of materials in the region for years to come. Consumption of brass alloy alone in the amount not less than 300 tonnes per year will revitalise the work of highly specialised companies in the region. In the form of taxes, even with the SEZ regime, Kazakhstan’s cartridges factory will pay more than KZT 680 million (US$1.97 million) per year to the budget of the region and this is the most modest predictions,” said Tasmagambetov.

The territory of the SEZ has improved infrastructure facilities, such as road and rail transportation that makes it possible to connect inside networks to off-site engineering highways as well as to export goods by road and rail to arms depots in any region of Kazakhstan. The SEZ has 26,000 square meters of construction area, which is projected to be completed by December 2017.

Starting this production will allow Kazakhstan to become a cartridge-manufacturing country. Nowadays, Kaztechnology negotiates on the export of plant products. During the Kadex-2016 exhibition, it is planned to sign a number of product export agreements.

The plant will use local raw materials to produce ammunition for Kazakhstan’s Armed Forces, which will reduce dependence on imports.

Canadian company Waterbury Farrel will provide equipment for the production of cartridges in the amount of 30 million pieces per year. The plant’s equipment complies with international quality standards using innovative technologies. Installation and commissioning will take place in 2017 and be combined with training of personnel. In addition, the defence ministry predicts the operation will create 164 jobs.