If you ever hear those phrases, don’t worry, you’re not hallucinating; they’re just a few of the names that have stuck to numerous buildings in Kazakhstan’s dazzling capital city.

Probably a lot of people have noticed the interesting building not far from Baiterek, located right near Keruen shopping mall and the National Library. Known as the Egg (pronounced as “yaitso” in Russian) in reference to its shape, it is actually Kazakhstan’s National Archive. 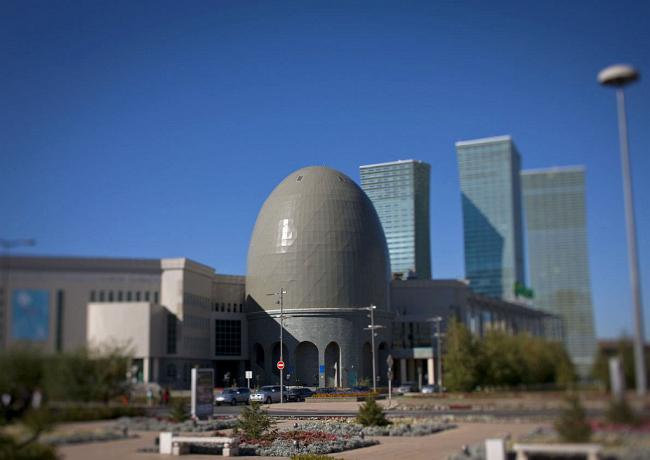 Cabbage is the word some use for the Kazakhstan concert hall, located near the House of Ministries on the left bank of the city. The name is not as popular, but you can still hear it and understandably so. It is a giant green building designed by none other than Manfredo Nicoletti with many layers, not unlike Sydney’s famous opera house. 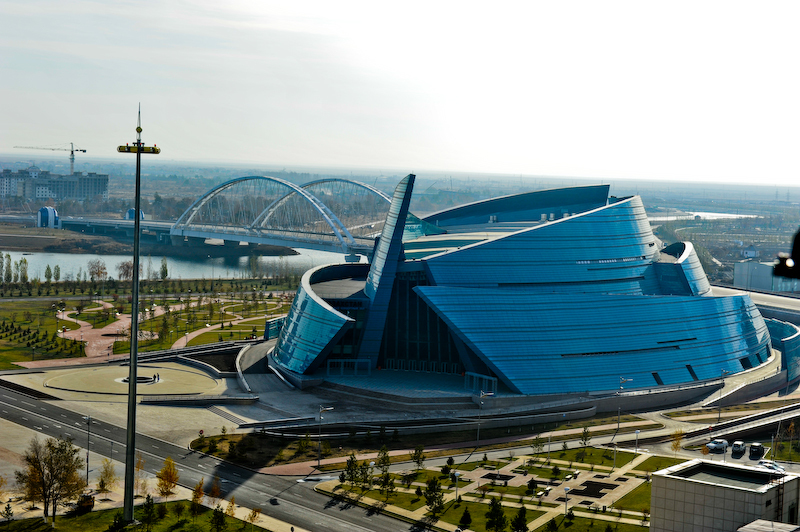 If you go from the left bank to the new Khazret Sultan Mosque via the bridge that continues from Syganak Street, you can see a big blue building on the right. It is part of the main office of Tsesna Bank and some people call it Sail (Parus) or PC’s System Unit (Blok PK). 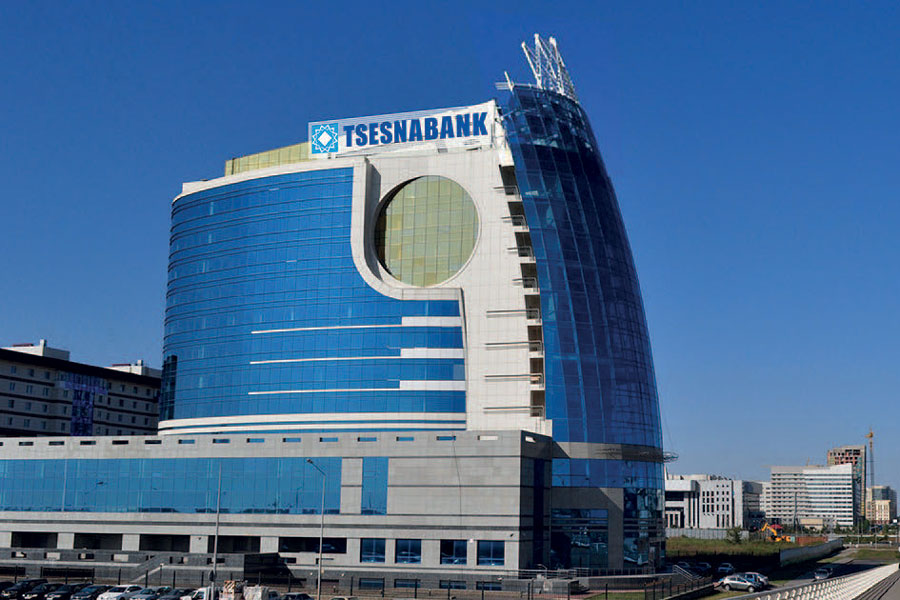 Continue on the same road and the building of the Nazarbayev Centre can also be seen on the right side. Many call this unique Lord Norman Foster-designed building Magnifier (Lupa) because of the big round top that looks like it is made of glass. Others have named it Spotlight (Prozhektor) or Lamp (Fonar). 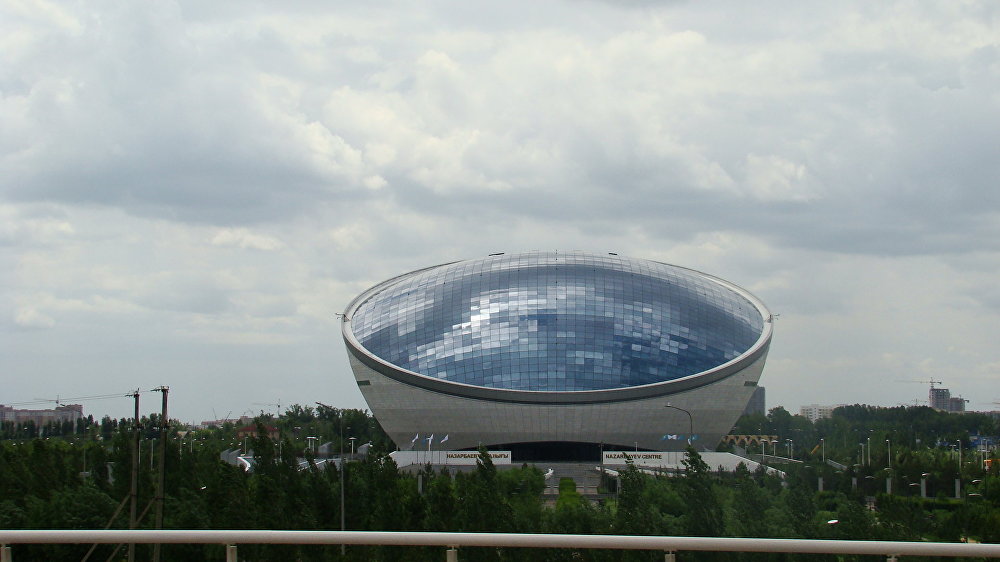 Two tall gold buildings with a taper form are stand in the middle of the House of Ministries. Due to their shape, they have received a collective nickname Buckets (Vyodra). 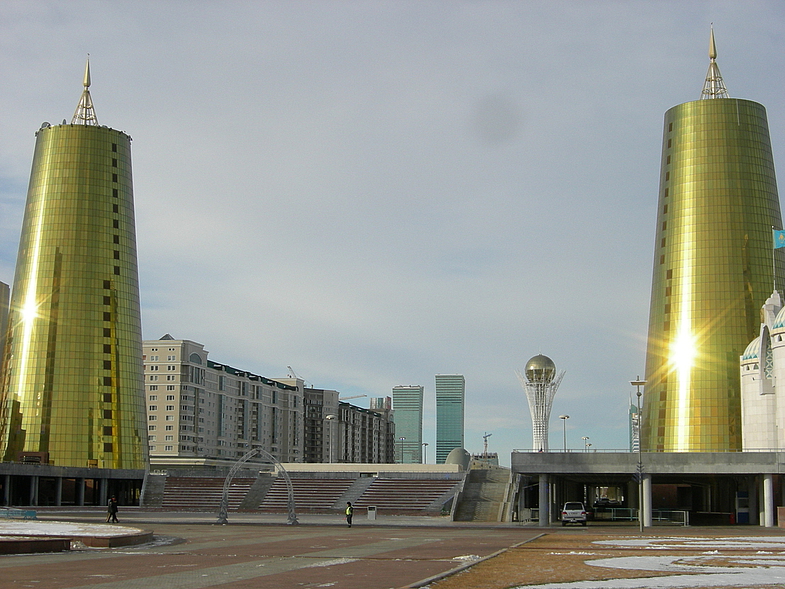 The Kazakh Ministry of Finance building is called the Dollar because it is curved and looks like a giant bank note. Located on the right bank along Podedy Avenue, it was one of the first buildings constructed soon after the capital was transferred from Almaty in 1997. Opposite the building is a fountain known as Chupa Chups. 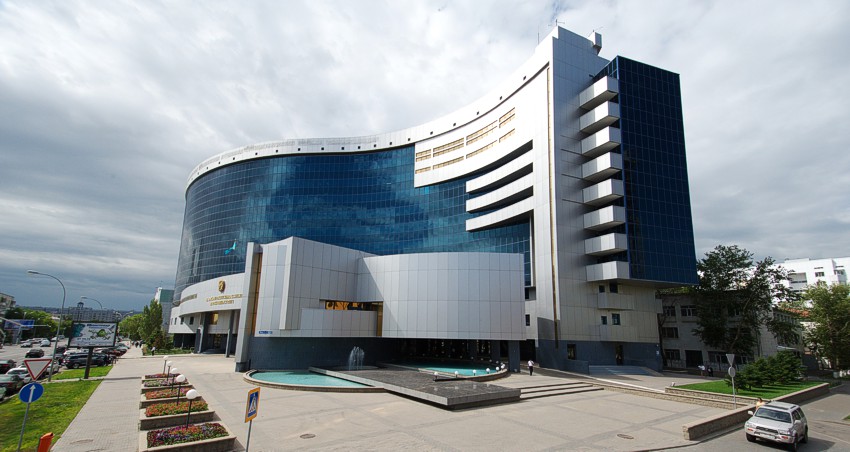 Kazakh Ministry of Finance, or the Dollar. Photo: 365info.kz 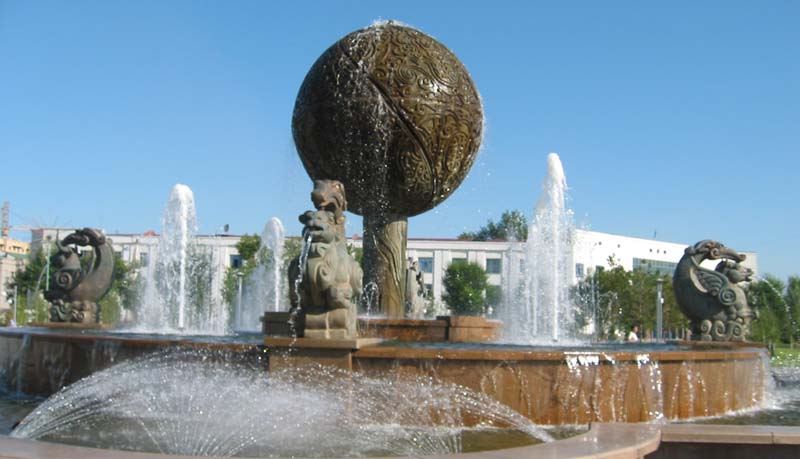 Another governmental building has a well-known nickname. Located on the left bank on Kunayev Street, it is called the Lighter (Zazhigalka). The structure is close to Khan Shatyr Entertainment Centre and can be seen throughout Nurly Zhol Boulevard.

Once known as Green Water Boulevard, Nurly Zhol is also home to a big white and blue striped building that some people have named the Mattress (Matras). 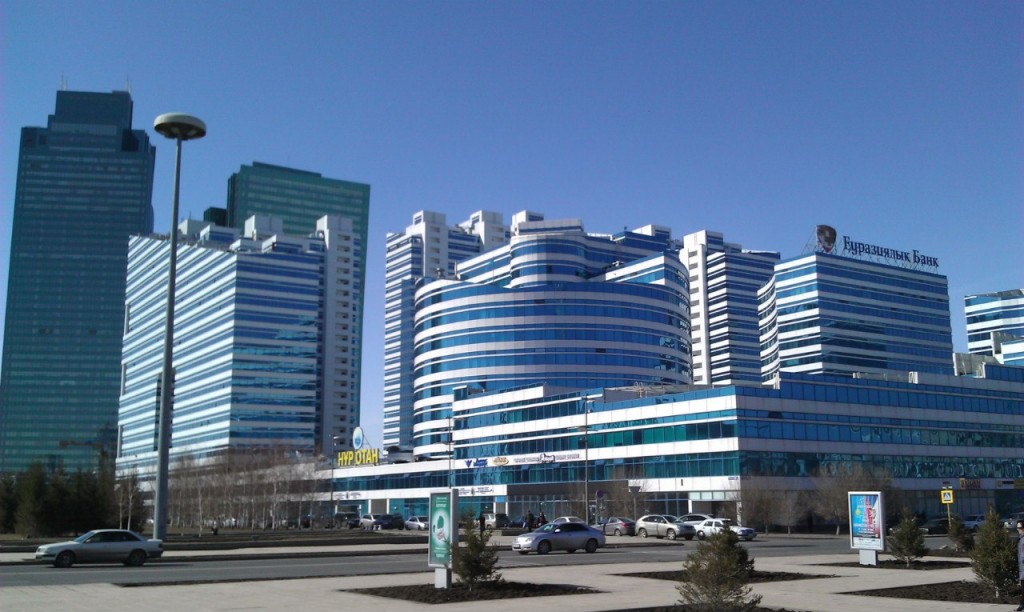 The circus building on Kabanbai Batyr Avenue is called Flying Saucer (Letayuschaya tarelka). No need to ask why.

The trend did not stop with administrative buildings. The whole city is covered with houses that can be found just by their names – actual addresses are not necessary. Construction companies that often name their houses use those monikers in advertisements and they stick afterwards. Sometimes people give names to houses as well.

Almost all new business centres in the capital have their own names. Identifying buildings is definitely convenient for a lot of people and gives the city its own unique twist.