By Kamila Zhumabyeva in Nur-Sultan on 13 March 2016

ASTANA – How the mentally ill are treated in Kazakh society, what mental issues bother capital residents and how to deal with them are topics frequently addressed by Astana’s No. 8 ambulatory care clinic psychiatrist and psychotherapist Gulhan Yakipova. 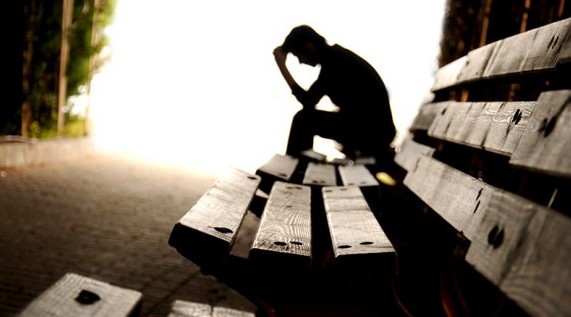 The attitude towards individuals suffering from mental or psychological illness is unfortunately perceived with apprehension, suspicion and rejection despite the outlook of modern society, she noted. It is often difficult to perceive that a person has a problem until it is too late, even with those who sought help.

“People feel scared, even when going to see a psychotherapist who they fear will all of a sudden detect some type of mental disorder in them and will become anxiously interested to find out ‘what if the patient is a way-too desolate case?’ They worry about being seen by their acquaintances or colleagues,” she said.

“Many people deny they have a problem and live with it somehow, until it becomes a serious obstacle. People contact a specialist or are turned in by their family and friends when the illness already hinders their interaction with other people, the world around them and situations in life,” said Yakupova.

The doctor emphasised the attitude some families have towards members with a mental or psychological problem.

Caring for and supporting their ill family member causes stress and despair and can be a burden for a family to such a level that they deprive the suffering person of everything, including themselves.

“It often happens that loved ones and families toss their ill family member to their fate, take away their apartments, pensions, throw them out of their home and reject them,” she noted.

“Mental condition is not dogma. Every category of people has their own psychology; it varies even among members of one family. A range of factors, for example noise, hyper-information and others, can affect a person’s mental health,” said Yakupova.

Depression, followed by stress-related disorders, is the most frequent mental illness reported by city residents. The number of people suffering chronic and severe mental disorders like schizophrenia, for example, has shown little change in the past 10-20 years, noted the psychiatrist.

“About one percent is living with such diagnoses in Astana. Schizophrenia is one of the central problems of psychiatry, moreover, because the etiopathogenetic cause of its occurrence was not found,” she added.

Mental health is currently a relevant topic not only in the capital, but throughout the world.

“Mental health problems have been given greater attention in recent years and tremendous work to raise public awareness about mental health is being carried out,” said the doctor.

American news agencies and blogs like “The Huffington Post” and “Time” magazine report on psychology and mental disorders, scientific research findings, the causes of mental disorders and ways to detect one’s own or another person’s mental problem, getting help, prevention and treatment measures, social stigma, judgment and societal ignorance.

“It should be understood that a person cannot be considered healthy if there are problems in his or her mental state; it is not necessarily some kind of insanity or psychosis, but may be depression, neurosis, insomnia and so on,” said Yakupova.

Visitors to the city often come to the attention of psychiatrists due to an aggravating mental illness, but consultations are not extended.

“There are instances when guests seek help from a psychiatrist, psychologist or psychotherapist for various psychological problems. In such cases consultations are of short duration, single and recommendatory,” said the doctor.

Caring for one’s mental health is a lot like caring for physical health; moreover, if not taken care of, it may affect a physical condition.

“Many people assume that emotional overload may only entail mental illness, however it is currently known that, for example, a gastric ulcer caused by constant release of gastric fluid occurs due to severe worrying or increased blood pressure and many other diseases,” said Yakupova.

Most people experience stress caused by common life situations like hard work, financial worries and complex relationships, all of which can be fixed. The most important and hardest step is to accept the problem and work towards resolution.

“It is important to remember that the nervous overload can be eliminated or loosened if a person detects a problem in time and makes appropriate changes to their views and lifestyle,” she said. “If you feel excessively overtired or feel no satisfaction from life, then perhaps you should see a specialist for consultation and treatment.”

Such treatments can be individual or group therapy or talking to a family member or friend.

“Having decided to resort to medical care, it is best to ask your acquaintances or other doctors to recommend a good psychotherapist or find out whether there is a full-time staff consultant in the company you work for,” said Yakupova. “Psychotherapeutic treatment is not always a pleasant pastime, so keep in mind that talking about your worries with family members or good friends can also have a very beneficial effect on your mind.”

Such conversations, according to a psychiatrist, will give a person an opportunity to look at his or her feelings and behaviour more objectively, which helps to make certain life decisions.

“If you find yourself in the role of a listener, then devoting your time to someone and showing concern for his or her problems, you will help that person to calmly talk about their fear and worries without the scare of being subjected to your criticism or condemnation,” she added.

Regular short holidays or vacations are yet another way to help relieve work tension and simultaneously provide an opportunity to spend time with family and friends. Trying to understand what lies at the base of a problem, however, is the best remedy.

“A mentally healthy person is the one able to feel happy enough with all people around him and who can realise all his ideas and wishes at full capacity,” said Yakupova.