By Julia Rutz in International on 19 March 2016

An official meeting with a Chinese delegation from the Hubei province headed by Vice Governor Gan Zhunkun was held in the Almaty city akimat (administration) on March 15, reported the press service of the city administration. 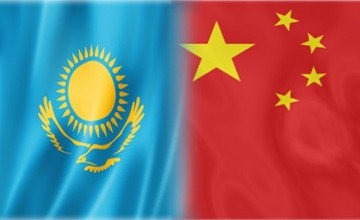 Both sides noted potential for bilateral cooperation in industry, trade, innovation, culture and education. The Kazakh side emphasised that relations between the two states have been stable for a long time.

Almaty hosts 69 joint and more than 170 Chinese enterprises. Thanks to their contribution, the trade turnover for January 2016 between Almaty city and China reached $100 million. Gan Zhunkun also mentioned the trade train, which connects China and Europe passing through Kazakhstan.

Among possible spheres of cooperation, innovation and new technologies were agreed to be the most promising. China has constructed 130 high-tech parks since 1991 and can offer experience on developing these spheres in Kazakhstan.

The Chinese delegation was invited to participate in the 1000-anniversary of the establishment of Almaty and Unversiade 2017.

On March 17, Almaty Akim (Mayor) Bauyrzhan Baibek met another representative of the neighbouring state, Chinese Ambassador to Kazakhstan Zhang Hanhui to discuss the investment climate in Almaty, its tourism potential and further cooperation with China.

The ambassador noted the high interest of his country to cooperate in transport infrastructure projects and the Smart City construction. It was also agreed that Chinese representatives will participate in celebrations dedicated to the city’s establishment.

Baibek also noted the State Programme for Almaty Development 2020, which highlights the attraction of foreign capital to the city.