ASTANA – Top Gear TV are shooting a series of episodes in Kazakhstan in late March and early April. 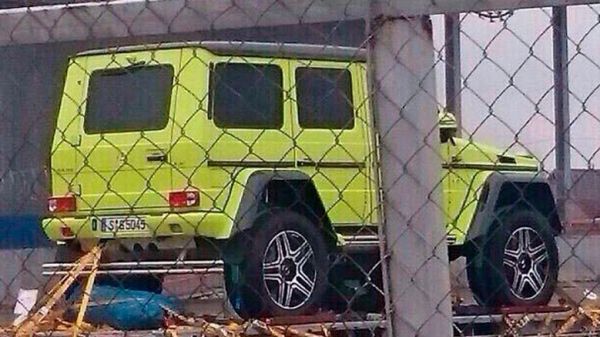 Top Gear is a British television show about cars considered one of the most commercially successful television and radio shows of the British Broadcasting Corporation (BBC). It has been airing since 1977 and is watched by 350 million viewers in 170 countries.

According to media reports, the show has expanded its geography and Kazakhstan made the list.

“Kazakhstan can offer motorists a vast territory with steep canyons and snow-capped mountain peaks, as well as the desert area,” the Radio Times commented. “In general, we do not know what the producers of the new Top Gear, headed by Chris Evans and Matt Leblanc, have in mind. But it surely will be something interesting. After all, the hosts are planning to shoot a series of episodes in Central Asia, and the starting point in this case will be Kazakhstan.”

In advance of shooting one of the episodes, show producers brought the extreme Mercedes G500 4×4 G-Wagen to Almaty.

“Just look at the car license plate with a 4-litre biturbo V8 under the hood – a native of Mercedes’s Stuttgart GRNZ, as the off-road vehicle is likely to be the test car of the press-fleet of the company and was imported to Almaty for the time of filming of the cheerful ride,” said a statement, delivered to Almaty with the car.

According to the manufacturer, the G-Wagen has impressive off-road capabilities thanks to permanent all-wheel drive, a low transmission and three-locking differentials. The fording depth is 1,000 millimetres; the angles of entry / exit are 52 and 54 degrees, for which Mercedes-Benz redesigned the exhaust system. With such a radical rework of the off-road car, Mercedes promises that the handling on pavement and hard surfaces will not be affected.

The filming will take place in the South Kazakhstan region as was confirmed by the governor’s office of the region. In addition, the British television producers will film the programme in Shymkent, Turkestan and in the territory of the ancient city of Sauran. The list of vehicles also includes Avtoros Shaman 8×8, Mercedes G500 4×4² and Dacia Duster.

The exact details and dates of the visit have not been revealed. Recently, the creators of the show announced the list of new hosts including Chris Evans, Matt Leblanc and Stig. Also, 67-year-old Formula 1 expert Eddie Jordan has joined the project along with racer Sabine Schmitz and automotive journalists Chris Harris and Rory Reid.