Kazakhstan Can be Proud of the Way It Conducted Elections

I am proud of Kazakhstan for the way we have carried out these parliamentary elections. 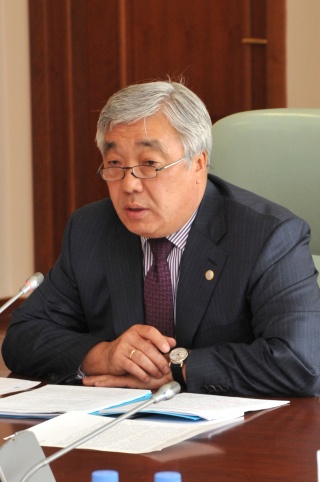 The invitation was a sign of Kazakhstan’s continued determination to ensure that elections are free and fair. I thank the electoral bodies and government agencies for all their hard work and close cooperation.

We welcome the assessments of the electoral campaign by the monitoring missions from the CIS, the OSCE and other organisations.

The OSCE was clear that the election was well organised and professional. They gave a positive view of the technical work of the Central Election Committee (CEC) in registering voters and candidates. It noted that the CEC has held regular open sessions on preparations for political parties, citizen and international observers and the media. Our Constitution guarantees freedom of expression and prohibits censorship, which was reflected in the OSCE’s assessment.

Observers from the CIS acknowledged that the election was held freely, with a high turnout and in full accordance with the Constitution of Kazakhstan. The high turnout was also recognised by other international observers who noted that a large number of people voted.

Furthermore, experts of the mission and the International Institute for Monitoring of democracy, parliamentarianism and observance of electoral rights of CIS IPA concluded that the electoral legislation of Kazakhstan complies with the universally recognised norms of international law. Observers praised the transparent and open manner of these elections.

We are a young country and we know our political institutions are still developing. Election observers play an important role in helping our progress. We will, of course, be studying the international observers’ assessments and recommendations.

I am confident the results of the election accurately reflect the will of the people. Now, the new parliament can concentrate fully on navigating the country through the current challenges and towards prosperity and growth.

I would also like to thank the observers from all missions for their partnership, which helps to improve and develop the electoral system of the Republic of Kazakhstan.

The author is Foreign Minister of Kazakhstan.