By Kamila Zhumabayeva in Nation on 20 March 2016

ASTANA – Foreign observers from Austria, Italy, the UK, Serbia, Bulgaria and Lithuania all agreed that there were no breaches observed, voting sites were well arranged and people were “tuned” for voting during the nationwide poll in Kazakhstan on March 20. The presence of large numbers of young people was surprising for them. 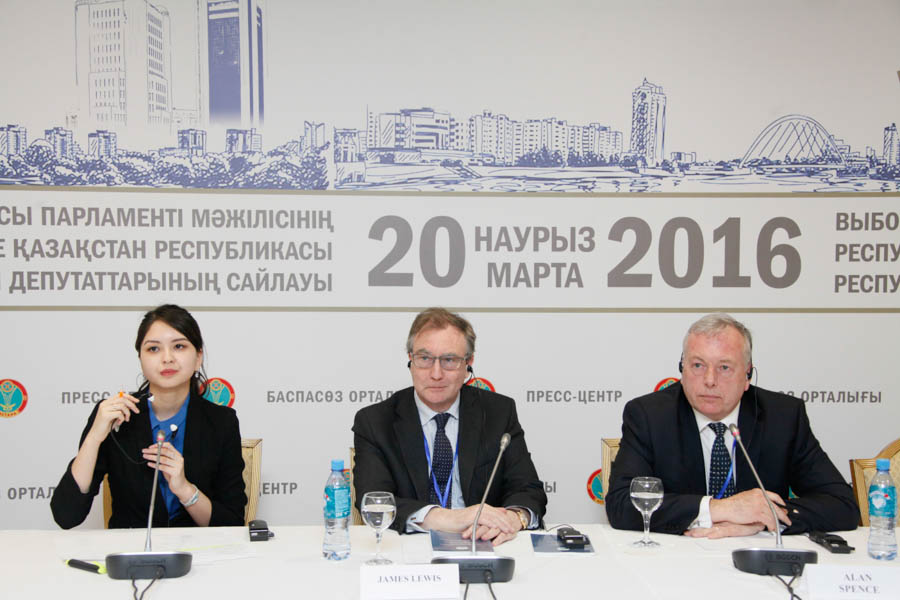 Observers from the United Kingdom Alan Spence and James Lewis

Walter Schwimmer, an observer from Austria and former Secretary General of the Council of Europe, expressed his hope these elections will contribute to a further democratic development in Kazakhstan.

“The EU is interested in the development of democratic processes in Kazakhstan. I see that Kazakhstan has already made a big step ahead since obtaining its independence 25 years ago,” Schwimmer  told journalists in Astana.

“Everything was very well prepared at polling stations, there were no breaches… Rules and regulations for conducting elections are being precisely and clearly abided… It is very important that the voting secrecy is also being obeyed,” he noted.

“Kazakh citizens participated in the electoral process from the very beginning of operations of polling stations,” stated Senator of the Italian Parliament and member of the Italian delegation to the NATO Parliamentary Assembly Franco Panizza. “This shows citizens’ interest in the election.”

The observer mentioned a high level of election arrangements, particularly at voting sites. According to Panizza, all conditions were made for voting of persons with disabilities, for example.

Observers from the United Kingdom, Alan Spence and James Lewis also said they had witnessed no cases of infringements during the voting in the current elections.

“People voted with high activity, and we have not noticed any irregularities. Everything is going well,” said Spence.

“We were at the voting procedure here and we monitored the electoral process when people gave their votes, and this process, as far as we have seen, corresponds to the legislation,” noted Lewis.

“I am impressed by the activity of the voting by Kazakh citizens. I saw how young people vote, as well as people of older age, and I was very impressed because we do not have such a high [voting] activity in Bulgaria,” former minister of regional development of Bulgaria, Desislava Terzieva said.

A lawyer by profession, Terzieva stressed the legal aspects.

“I have read your Constitution and the legal procedures under which the elections must be held. I have not seen any complaints and any tension at polling stations visited,” she stressed.

Deputy of the National Assembly of Serbia Dragomir Karićnoted that he was present at the elections as an observer many times. 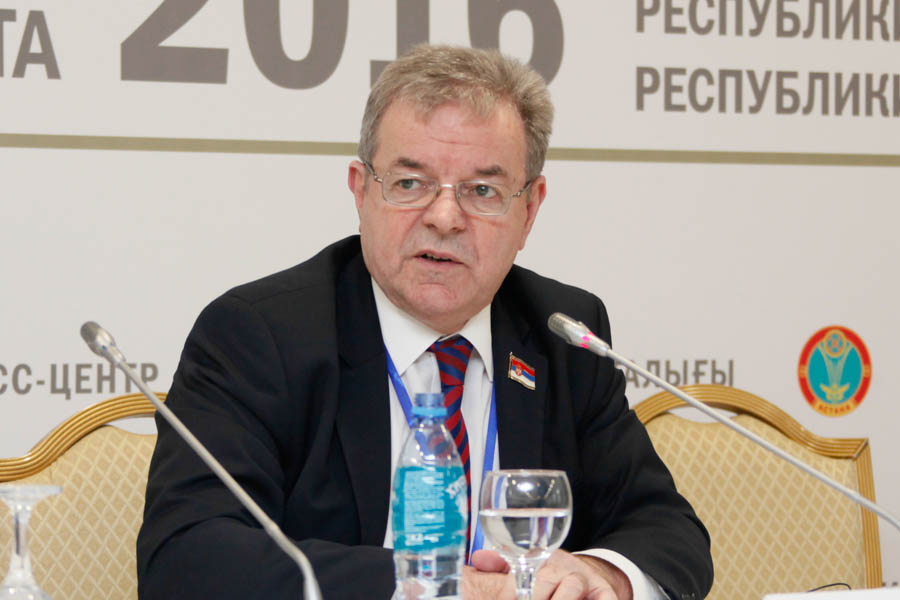 Deputy of the National Assembly of Serbia Dragomir Karićnoted

“I was talking to voters since morning. It surprises me that the elections here are like a celebration. Voters come with families and children,” said Karić.

“I have not noticed any breaches, surprised by how many people come to polling stations since the morning; this suggests that every citizen of Kazakhstan is ready to contribute to their future. I can declare the elections are held correctly and in a lawful manner,” he emphasised.

Former deputy of the Lithuanian Seimas Jonas Jagminas said that he visited a good number of polling stations during the day and looked closely at how people go to vote.

“I want to note that we did not see any breaches. We talked to people; they are in a kind mood. This surprised us in a very good way that people really see a prospect [for the future], a developing country,” he stated.

“Constructions of houses, schools, roads and different institutions, this shows that the country is developing at a strong and good speed,” Jagminas added.