ASTANA – President Nursultan Nazarbayev-led Nur Otan Party won 82 percent of the popular vote in the parliamentary election in Kazakhstan, according to exit poll results announced at midnight on March 21. 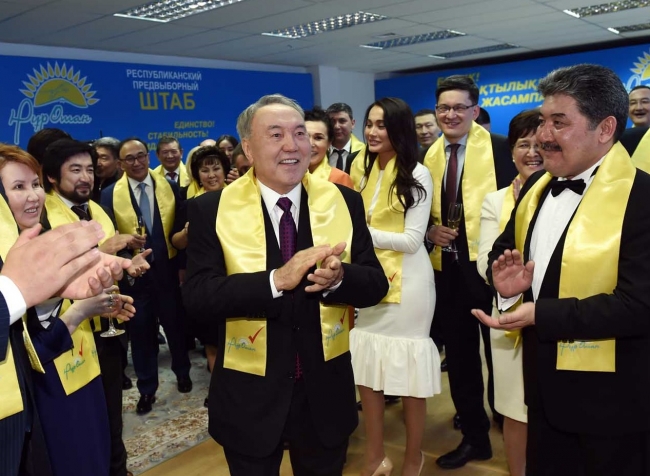 The survey also showed the ruling party will be opposed by the same parties in the new convocation of the Mazhilis (the national legislature’s lower chamber) as it was the pro-business Ak Zhol Democratic Party and leftist Communist People’s Party again barely crossed the seven-percent threshold and will again take small share from the 98 seats available for party nominees. Turnout reached 77.1 percent, the Central Election Commission announced earlier, less than two hours after the polling stations closed in the country’s west.

Yulia Kuchinskaya, head of the Astana-based Institute of Democracy sociological survey company, which held the survey at 750 polling stations across a sample of 75,000 people polled, announced the results during the press conference held immediately at midnight.

According to those results, the Ak Zhol Democratic Party won 7.22 percent of the popular vote and the communists gained 7.17 percent. The agrarian Auyl People’s Democratic Patriotic Party received 2.05 percent, while the Nationwide Social Democratic Party attracted votes of 1.21 percent and the newcomers, centrist greens Birlik (Unity) grabbed meager 0.35 percent. This outcome is basically a virtual repetition of the previous parliamentary election in January 2012, which ended with very similar results.

Turnout, however, proved stronger this time setting a new record in the country’s electoral history and beating the result from four years ago when 75.45 percent of registered voters showed up at the polls. 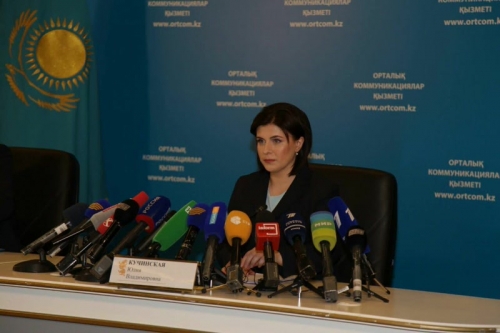 According to Kazakhstan’s Central Election Commission Chairman (CEC) Kuandyk Turgankulov, regionally, the highest turnout was registered in the Almaty Oblast with more than 90 percent of the registered voters casting their ballots during the day. Traditionally, the least active is the city of Almaty where turnout was only 34 percent, while the capital city of Astana had a slightly lower than average rate of 74.65 percent of attendance.

Initial official results are expected before noon at the CEC press conference in Astana. Results of elections to maslikhats (local councils) are predicted to take one or two days longer to confirm throughout the country.

Also on March 21, the Assembly of the People of Kazakhstan, a constitutional body designed to reflect interests of the country’s ethnic community associations will hold its session and elect nine more deputies and thus complete drafting the new composition of the Mazhilis of 107 members.