By Kamila Zhumabayeva in Culture on 8 February 2016

ASTANA – International Performing Arts Festival Otkrovenie (Revelation) showed seven vivid plays of the past year Feb. 1-7 in Almaty, according to a Jan. 27 news report by the Tengrinews agency. 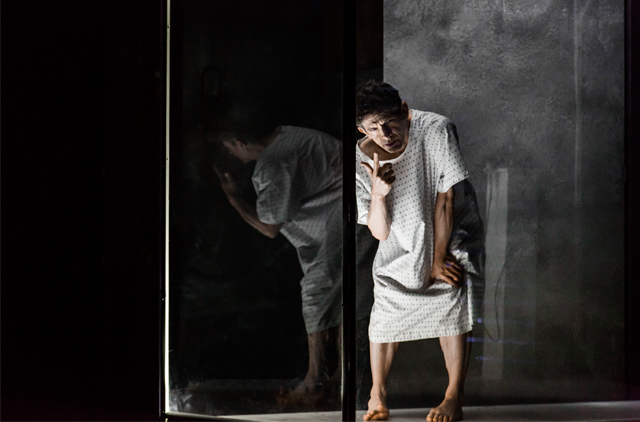 “A theatre is a living thing, not similar to any other type of art. It amazingly incorporates all the surrounding reality. ‘Revelation’ is that fragile dialogue which occurs between a viewer and an actor throughout the whole performance,” said Director of the festival and Theatrical Producer Olga Sultanova, according to the news agency.

This year’s festival was held without government support.

“It would be great if our society came to realise that financing culture is simply necessary; it could become a long term investment that could transform itself into an enormous educational and enlightening role,” stressed Sultanova in interview with Buro 24/7 internet project. “If we are to invest in it, our theatrical venues will become far better and competitive.”

According to her, without state support and considering the difficult economic situation, it was very difficult to make the festival this year.

“It helped us a lot that there are indeed socially responsible companies of the lovely Almaty. Thanks to this, the festival continues to live. We are continuing to support the development of contemporary theatre, which is the most important,” she noted, according Tengrinews agency.

Viewers could see the most interesting performances of independent and state theatres of Kazakhstan of the 2014-2015 season during the festival.

Sultanova said the arrival of award-winning and internationally-acclaimed physical theatre Gecko on tour to Kazakhstan means a lot for the country’s image.

“The arrival of Gecko to Kazakhstan is not only a compliment for the country, but also a tremendous exchange of experience for actors, directors and theatrical producers of Kazakhstan,” Sultanova mentioned, according to Buro 24/7.

According to her, the theatre’s “Institute” performance was not shown anywhere else except for London and Edinburgh and after its premiere in Almaty organised with support from British Council Kazakhstan, Gecko will go on tour to Georgia and begin performing there in March, the website reported.

Seminars, workshops and lectures of foreign experts and observers from Moscow, St. Petersburg, Armenia and Lithuania for practicing theatrical specialists will be held this year as part of the festival, Tengrinews reported.

International, festival and touring activity, theatrical producing, art management, working with an audience and all the new trends in contemporary theatre were among the topics for this year.

According to the agency, a series of performances by Kazakh artists in collaboration with actors dedicated to the artistic reflection of the city and thought about Almaty – the “Kal Kalai?” (How are you?) programme was also held as part of the Revelation festival.

“We decided to unite Kazakh artists and theatres. Artists use actors like ‘paint’ within the project,” said Director of the Arbatfest Festival Olga Veselova, Tengrinews wrote. “They [artists] become a bit of theatre directors and use actors in order to convey their thoughts and artistic statement. This translates into a performance genre.”

Otkrovenie is the only festival in Kazakhstan that engages in developing contemporary theatre as well as supporting independent theatres and theatrical projects in Almaty.

In 2016, the festival entered the international theatrical market, gained plenty of innovation and expanded its boundaries to all kinds of performing arts, according to the news agency. The main goal of the festival remained the same, which is forming and upbringing a younger generation of theatrical audiences.