By Staff Report in International on 9 February 2016

President of Kazakhstan Nursultan Nazarbayev and President of Russia Vladimir Putin discussed bilateral ties, the situation in Ukraine and the deterioration of Russian-Turkish relations in a Feb. 8 phone call. 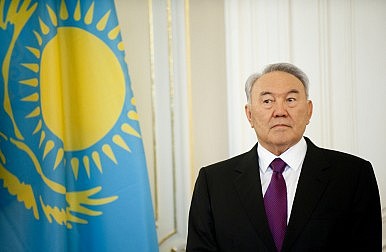 Putin reiterated that the current tense state of affairs is Turkey’s doing and it is Turkey who has to take steps to normalise the situation, the Akorda press service reported.

According to a TASS report, Nazarbayev earlier said the crisis had become “a big problem” for Kazakhstan. The Akorda report also noted that the two leaders agreed that bilateral cooperation between Kazakhstan and Russia during this complex period will continue to be built based on confidence, traditional friendship and good-neighborliness between the two nations.

The phone call with the Russian leader came on the heels of an official visit to Kazakhstan by Turkish Prime Minister Ahmet Davutoğlu on Feb. 6, during which talks focused on developing trade, energy and transport cooperation. Davutoğlu said Turkey and Kazakhstan were poised to be the “two central countries of Eurasia,” the Hurriyet Daily News and other sources reported.

Relations between Russia and Turkey have been strained since Turkey shot down a Russian military plane near the Syrian-Turkish border in late November, saying it violated Turkish airspace.