In December 2012, President of Kazakhstan Nursultan Nazarbayev presented his vision of Kazakhstan in 2050, which aims to enter the country in the top 30 most-developed countries. One of the priorities of this strategy is the formation of a professional state apparatus for which “serving the people and the state should be above all.” 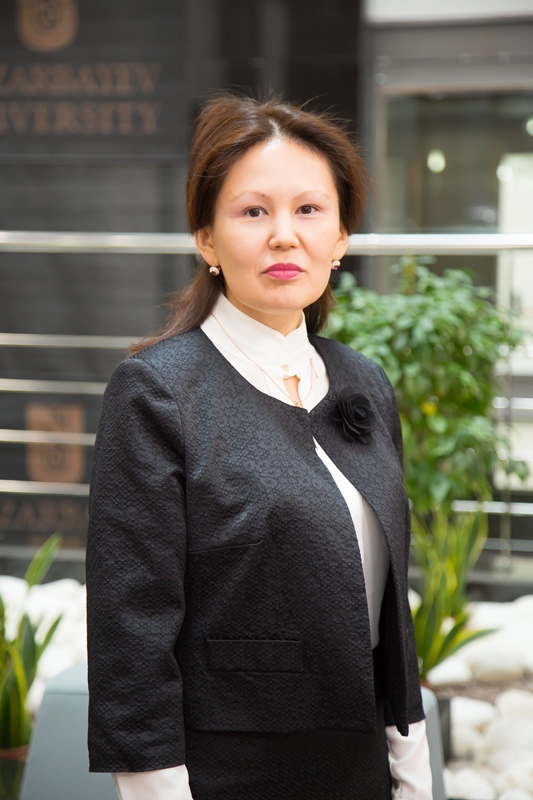 Civil service reform is not a new phenomenon for Kazakhstan, which has positioned itself as a leader among Commonwealth of Independent States (CIS) states in terms of improving the civil service system. However, despite the rapid socio-economic development of Kazakhstan until the fall of oil prices, the civil service system has experienced systemic problems such as bureaucracy, corruption and low ethics morale. In the context of financial crisis, when the President called on Kazakh citizens to “tighten their belts” and “learn to live within their means,” the role and professionalism of the state apparatus, its ability to respond to the modern external and internal challenges have become even more critical.

Kazakhstan has not been immune to the so-called New Public Management reforms, which encouraged many Western European countries to transfer business management tools to the public sector. In May 2015, the head of state announced the Plan of the Nation “100 concrete steps” to join the top 30 developed countries and further enhance the country’s competitiveness. The plan consists of five national institutional reforms, including the first, in order of priority, the reform of the formation of the modern (professional) state apparatus. In order to implement these reforms the National Commission for Modernisation of the country was established under Prime Minister Karim Massimov. The commission is composed of five working groups consisting of local and foreign experts. The law “On civil service” which was in force since 1999 has played an important historical role in the development of the civil service at the early stages of independence. However, it was unable to respond to the changing conditions and systemic problems in the government to a full extent, despite regular legislative amendments.

The new law “On Civil Service of the Republic of Kazakhstan” was adopted on Nov. 23, 2015, offering a number of new measures for the Kazakh civil service system. Prior to the adoption of a new law, the civil service system in Kazakhstan was characterised as a position providing talented employees the right to hold executive positions on a competitive basis, even in the absence of previous job experience in the civil service. The position system allowed the recruitment for managerial positions immediately without previous experience in the public sector, which has led to frequent cases of abuse of a position system.

The new law provides a shift from the position to the career model, where admission to the civil service for the first time is made only at the entry-career, low-level positions. For further promotion, a candidate will require specific expertise, work experience in the lower positions and continuous training. Some articles of the law apply now to the law enforcement agencies. Starting from January 2017, citizens who join the law enforcement system for the first time, except those who study at the educational organisations of law enforcement, will be tested in the authorised body of civil service, including assessment of their personal characteristics.

The new law has introduced a three-stage recruitment process: first – testing of knowledge of the law; the second stage – assessment of personal qualities; and final stage – an interview in state agencies for specialised (sectoral) knowledge. However, previous experience has shown that testing, interviewing and a probation period do not always guarantee a transparent, meritocratic selection process of the candidates. Serious concerns can be raised with regard to the possibility of assessing ethical values during an interview with the candidate. In order to eliminate protectionism at the recruitment stage, introduction of an additional stage of the selection process is not enough. Deep cultural changes are required to transform the way of thinking of government officials who should be interested in hiring decent, ethical and dynamic candidates, instead of searching for loopholes to hire “their” loyal person.

The main problems of Kazakh society that have been acknowledged by the political leadership and international experts are nepotism, corruption and the principle of “personal loyalty”. Kazakh civil service is characterised by “command movement” when the first head of the government body moves with the whole “team” of loyal people, thus forcing the re-shuffling of government officials. To reduce “command movement” during the new political appointments, the new law tries to minimise the potential for recruitment on the basis of transfer of candidates: transfer will be carried out only within government bodies, while transfer between government bodies will be conducted only on a competitive basis.

Another innovation of the new law is the introduction of the performance-based remuneration system for government officials which was recommended by the Organisation for Economic Cooperation and Development (OECD) Review of the Central Administration in Kazakhstan (2014). The new law introduced a differentiated system of payment depending on the nature, scope and results of the work performed. Every civil servant will be evaluated by the results of a year-long period of work, and productive employees will get bonuses. The experience of developed countries in implementing performance-based payment system suggests that this system should be implemented with great caution and on a step-by-step basis. In the Kazakh context distribution of undeserved bonuses and allowances may lead to demotivation of staff, poor working atmosphere in the organisation and even more corruption.

One of the most radical innovations of the law is a permit to work in the civil service for foreign managers following the example of Ukraine, where recently foreign managers started to be appointed to high government posts. This provision received mixed reactions from the experts. Some experts believe that recruitment of foreign consultants to manage state affairs is not desirable and express concerns from the perspective of national security and protection of specific national interests. However, the government claims that the appointment of foreign experts in some sectors where there is a shortage of local experts can be carried out applying specific requirements and the list of positions. The top managers of the government bodies will hold personal responsibility for hiring and performance of the foreign managers.

The new civil service law pays special attention to the moral principles of civil servants. In view of the changing values and attitudes in the society, a new Ethics Code was introduced on Dec. 29, 2015 which replaced the former Code of Honour of civil servants of Kazakhstan. The new Ethics Code extends the standards of conduct with situational examples of appropriate behaviour of civil servants, including the cases of conflict of interest with others. One of the mechanisms to support the Ethics Code is the introduction of a new position of “ethics commissioner” following U.S. and Canadian models. Civil servants and citizens should now consult with an ethics commissioner in case of problems of an ethical nature. To some extent, the functions of the ethics commissioner duplicate those of the executive secretary of the government bodies as both positions have been introduced to act as an ombudsman for government officials and protect their interests and rights. The Ethics Code needs to be supported by practical effective mechanisms such as the moral climate of the government apparatus and the personal example of leaders at all levels of the government, who should demonstrate the values of integrity and morality to the colleagues, citizens and family members, otherwise the code of ethics risks remaining on paper only.

An important aspect of administrative reform is the establishment of an effective training system of civil servants. As a consequence, the role of the Academy of Public Administration under the President of the Republic of Kazakhstan as a training centre will increase. There is a new player in the market of civil servants training, such as the Graduate School of Public Policy of Nazarbayev University (NU GSPP), which offers professional programmes in public policy and public administration at the Master’s level in English language as well as carrying out policy research studies. GSPP’s strategic partner is Lee Kuan Yew School of the National University of Singapore. It is recommended to distinguish the target group of civil servants between the two institutions and provide differentiation of training programmes in order to ensure more efficient use of budgetary funds.

The new Ministry of Civil Service headed by the former Deputy Head of the Presidential Administration of Kazakhstan Talgat Donakov was created in December 2015, replacing the Agency for Civil Service and Anti-Corruption in order to implement a new model of civil service in Kazakhstan. The National Bureau of Anti-Corruption, which was established within the structure of the new ministry, was assigned with the functions of prevention, detection, suppression and investigation of corruption offenses. Creation of a new ministry to coordinate civil service reform reflects the serious position of the government with regard to the importance of administrative reform. However, frequent reorganisations may not have a positive impact on the effectiveness of reform: moving employees from one structure to another, legislative changes, organisational issues require time, budget and efforts by the civil service managers who have to be distracted from the reform implementation. It is necessary to allow time for the new government body to achieve certain results, avoiding frequent reorganisations.

To “re-charge” the government and create mobile, transparent and cost-effective government apparatus, it is not enough to adopt the new law and establish the new ministry. There is a need for cultural shift in the government, change of moral and ethical values of civil servants and the establishment of relationships with citizens, business, and academia. We need a massive cultural shift in the direction of openness, public accountability, and ethics in favour of the provision of better-quality public services eliminating civil servants’ service for their own personal interests. It is important to build cooperation between researchers and civil servants: policy research should directly feed policy design, implementation and evaluation of government policies. When the cultural transformation of mindsets, attitudes and perceptions of the government officials is implemented, the civil service reform in Kazakhstan will be able to create a professional state apparatus to overcome the crisis and implement ambitious political plans to guide the country to join the top 30 developed countries by 2050.