By Aiman Turebekova in International on 5 February 2016

ASTANA – President Nursultan Nazarbayev placed great emphasis on strengthening the economic component in the work of Kazakhstan’s Foreign Ministry and its missions abroad at an extended board meeting on Feb. 3. 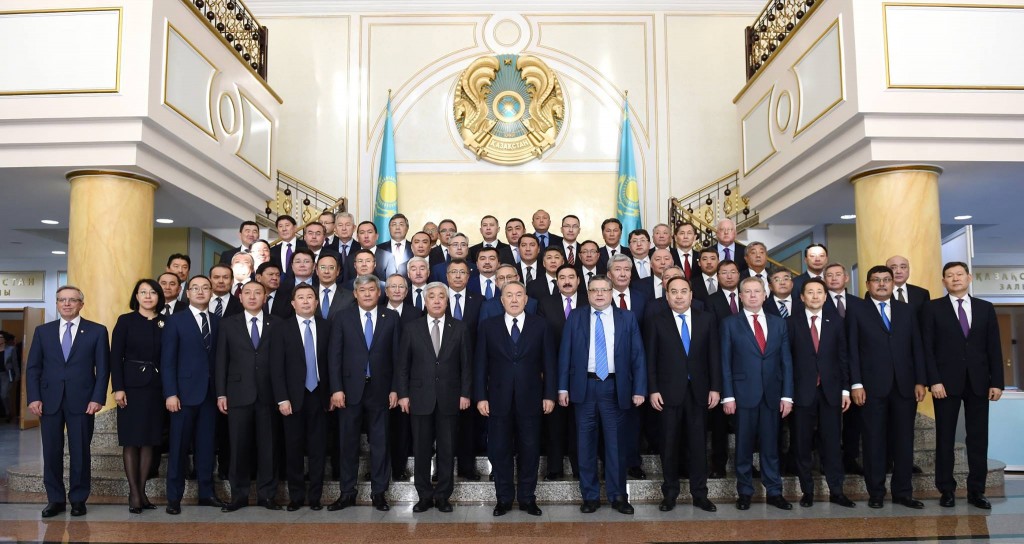 The head of state recalled that the ministry was created a quarter-century ago when the country was under difficult conditions. Nazarbayev highly appreciated the contribution of the diplomats and expressed gratitude for their work aimed at strengthening the independence of the state and developing the foreign policy of the country. 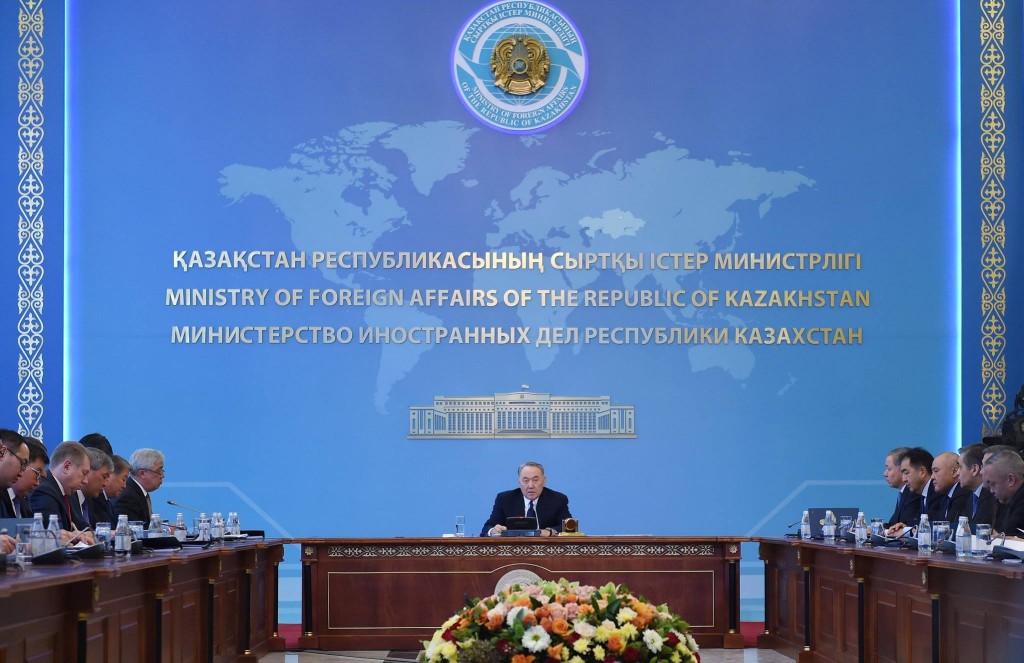 “Today, our country has diplomatic relations with 169 countries; there are 60 foreign embassies and diplomatic missions covering 94 countries, more than 50 diplomatic missions of other states and international organisations operate in Kazakhstan. Many foreign policy initiatives have been implemented due to our diplomacy. Kazakhstan for the first time seeks a seat as a non-permanent member of the UN Security Council. In this regard, we hope to get support from countries with which we have friendly relations,” said the President. 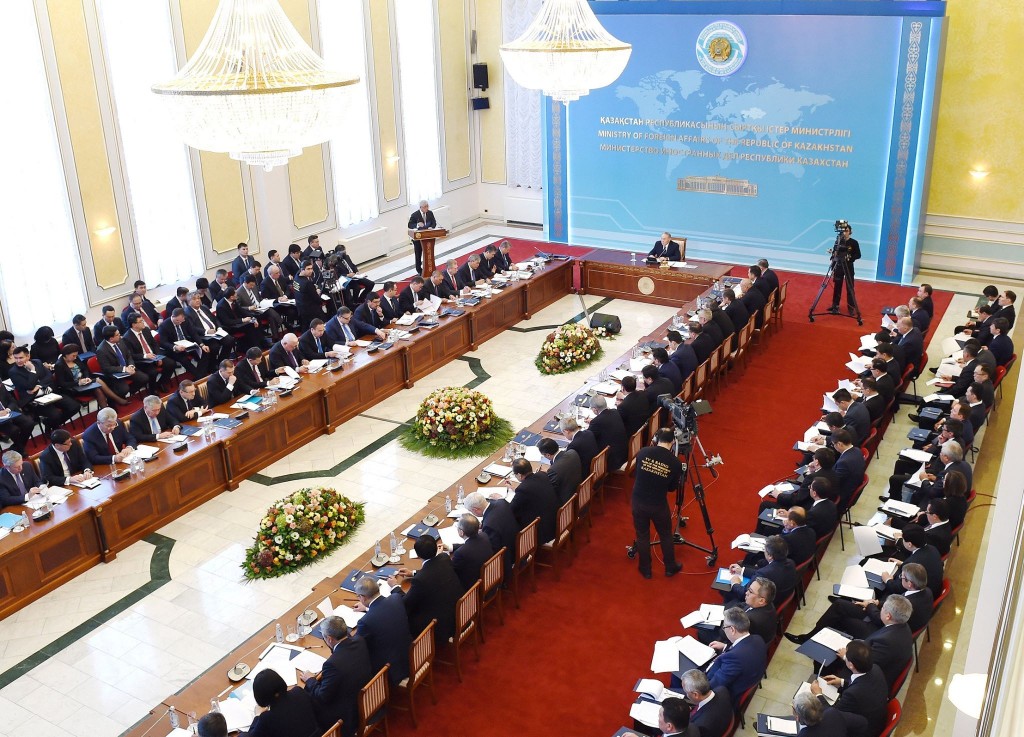 Furthermore, Nazarbayev stressed that Kazakhstan has initiated the creation of international organisations, such as the Commonwealth of Independent States (CIS), the Shanghai Cooperation Organisation (SCO), the Conference on Interaction and Confidence-Building Measures in Asia (CICA) and the Eurasian Economic Union (EAEU). In addition, he recalled that Kazakhstan hosted the Organisation for Security and Cooperation in Europe (OSCE) summit, which was held for the first time in this century, and the 38th Session of the Organisation of Islamic Conference Council of Foreign Ministers.

“All this had a positive effect. Carrying out these activities led to the sounding of the name of our country in the international arena. At the same time, the challenges ahead are no less important. Therefore, taking into account our achievements, today we have to think about the next steps,” the Kazakh President concluded.

During the meeting, Idrissov noted that the foreign ministry intends to continue to make every effort to promote the foreign policy and economic interests of the country, to further develop the international authority of Kazakhstan and to strengthen bilateral cooperation with foreign states.

“Nowadays, Kazakhstan has a high international prestige. Congratulations on the results of the last presidential elections [received] from more than 90 heads of states and governments have become a clear confirmation of that. All of them expressed their support for your ongoing course of political and economic reforms as well as policy of peace. The international community considers the Plan of the Nation ‘100 Concrete Steps to implement five institutional reforms’ as a serious political message of Kazakhstan’s commitment to evolutionary development and progressive integration into the system of global relations,” maintained the foreign minister.

He also emphasised that Kazakhstan has become a recognised leader in the field of nuclear disarmament and an active moderator in the dialogue of cultures, religions and civilisations.

“Implementation of Strategy 2050, the ideology of Mangilik El, a gradual achievement of the stated goal of joining 30 developed countries, creation of favourable external conditions for political, economic and social reforms inland and protection of national interests abroad remain the key priorities of the Kazakh Foreign Ministry,” said Idrissov.

He also added that the current economic situation in the world requires, above all, improvement of the methods and tools of expansion of “economic diplomacy.” According to Idrissov, a key focus of the foreign ministry is to attract foreign investment, facilitate implementation of industrial and innovative projects and the Nurly Zhol programme.

Moreover, further measures to ensure participation of foreign states in EXPO 2017 were also discussed at the meeting. Up to date, 70 countries have officially confirmed participation in the expo.