The Union of Kazakh Youth together with the Kazakh Embassy in Moscow organised a musical evening to commemorate the 170th anniversary of the birth of Kazakh poet Zhambyl Zhabayev on Feb.16. 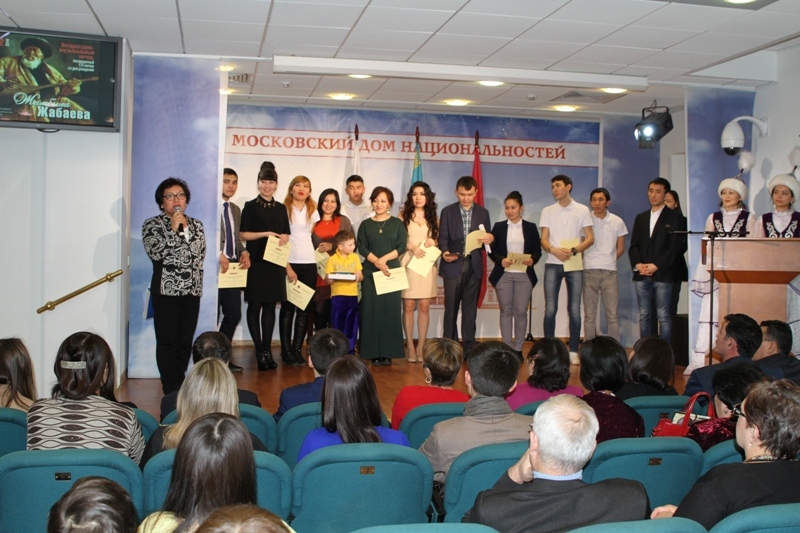 The event was held in the Moscow House of Nationalities, where best music pieces and poems created by Zhambyl Zhabayev were performed. Zhabayev’s poems uncover the life of the Kazakh people and the great deeds of batyrs (national heroes). The poet was also a master of musical improvisation. During the Great Patriotic War, his fiery verses inspired soldiers to continue fighting against the Nazis. Most of his creations are well-known among the Kazakh population.

“Zhambyl Zhabayev played a big role as a war poet, as he lit the hearts of men and brought hope during the siege of Leningrad and harsh fights in Stalingrad. Many Volgograd (the new name of Stalingrad) citizens still remember his works, which inspired them to liberate their home city,” said the head of the Russian Chamber of Literature Georgiy Bregman.