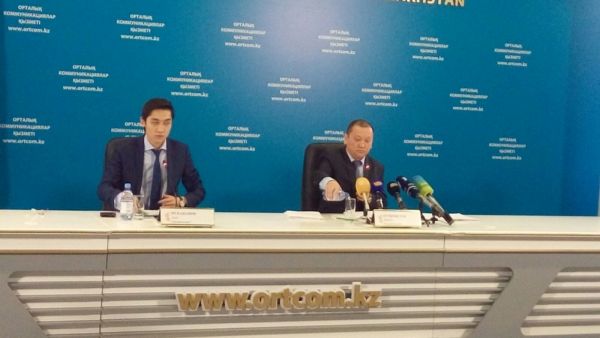 The employment road map consists of three areas: repair of social facilities and infrastructure, promotion of the self-employed population through microcredits and training for entrepreneurial business, and the creation of social jobs and relocation of people from areas with low economic potential.

Nurymbetov indicated 565 projects were carried out last year alone on repair of social facilities and infrastructure. With the start of the programme, 5,000 of the potential 8,600 projects were initiated.

“The maximum rate for borrowers was no more than 6 percent; as a result, the average size of microcredits was 2.36 million tenge (US$6,477). People who received microcredits through the programme last year created more than 6,000 jobs. In the preparation of microcredits, we provide learning the basics at the request of the borrower’s business absolutely free of charge,” said Nurymbetov.

“If the qualified candidate does not meet the requirements of the job, or if the applicant for some reason wants to change professions, we offer free training. In the past year, such training was offered to 14,000 people, including 12,500 people who began training in the past year. We have employed more than 80 percent”, said the deputy minister.

Social jobs are also available, where employment agencies coordinate with enterprises in the region to create special jobs for the unemployed. Part of the individual’s remuneration is borne by the state, offsetting the 35 percent of the salary paid by the company.

“This is temporary work provided for a period of one year. A total of 10,431 people were employed in social jobs last year; the average salary in these areas amounted to about 50,000 tenge (US$137), of which 74 percent of the people we have been able to employ further in permanent jobs,” said Nurymbetov.

He added the employment road map includes a youth practice to solve the employment problem for secondary and higher educational institution graduates.

“Most companies look for employees with experience, so youth practice is an excellent opportunity for graduates to earn experience and in addition to receive skills in six months for a small salary. Last year nearly 5,000 companies responded to it, for which we have employed 10,300 graduates by their specialties. After passing youth practice, we managed to employ 6,500 people for permanent workplaces. In total since 2011, 76,000 young graduates have benefited from this tool and it is noteworthy that 62 percent of them were working for the same companies where they passed the practice,” said Nurymbetov.

The measure of resettling citizens who want to work in another region currently only applies to those who live in settlements with low economic potential. For such individuals, the programme will fund building houses and dormitories in new places. In the last year, 1,185 people were relocated and 597 apartments, houses and dormitory rooms were completed. Since the beginning of the programme, 17,000 people have moved to other areas within the region, for whom 5,800 apartments were built.