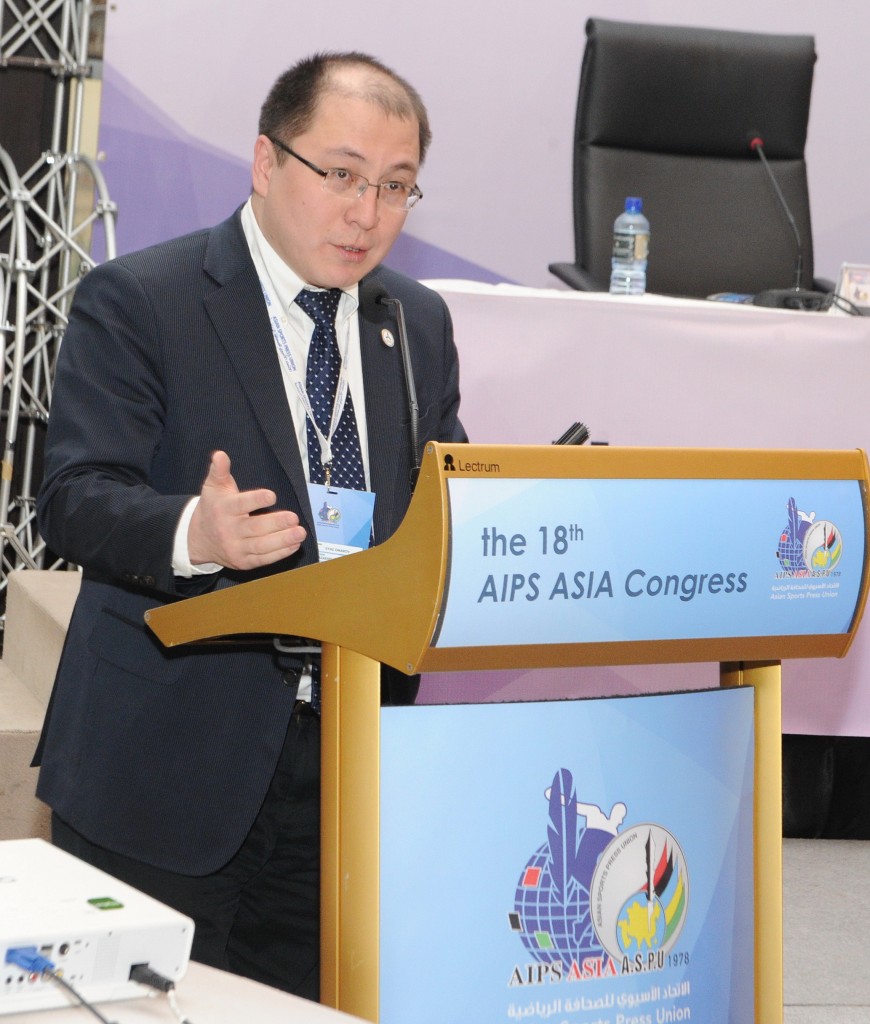 The participants discussed the most urgent problems of modern sports journalism, including security at major athletic events and further enhancing conditions for efficient media coverage, gender equality in the industry and various ethical aspects of sports reporting.

During the congress, the participants visited the Qatar Foundation and the city’s well-known Aspire Academy and became acquainted with construction of facilities for the FIFA World Cup to be held in the capital in 2022.

“Kazakhstan has made impressive progress, not only in political and economical spheres but also in sports, having at the same time a lot of potential for further development,” said AIPS President Giovanni Merlo, who added he hopes to visit the exposition in 2017. 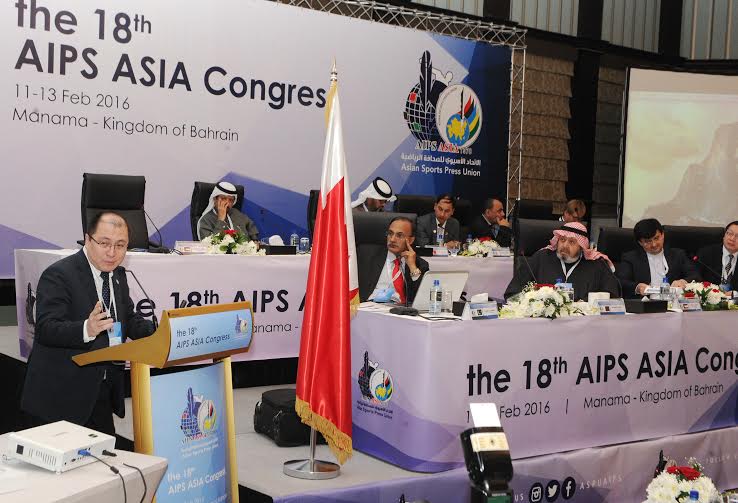 During the general meeting, Omarov made a presentation about the Universiade and expo. The delegates noted the events are valuable platforms to discuss relevant international issues and elaborate on practical solutions where each participant, including small developing nations, can contribute to the debate.

One of the important meeting moments was the election of new members to the ASPU executive committee for 2016-2020. Omarov garnered the most votes, along with representatives of United Arab Emirates, and became Central Asia’s first representative in the congress’ governing body.

Commenting on the results, Omarov noted the election of a Kazakh delegate reflected the Asian sports journalism community’s recognition of the country’s sports achievements and its role in the international sports movement.