By Aiman Turebekova in International on 9 February 2016

Kazakhstan is interested in expanding bilateral trade and economic relations with Iran. The issue was raised during the Kazakhstan-Iran business forum on Feb. 6-8 in Tehran. 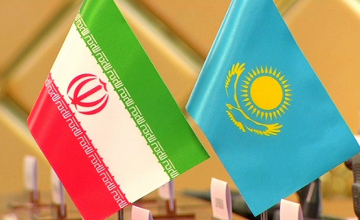 A delegation led by Minister for Investment and Development of Kazakhstan Asset Issekeshev also discussed “the opening of the Euro-Asian market” for both, where “Kazakhstan can be one step whereby the Iranians may enter that market and vice versa,” vice president for Kazakhstan’s Agency for Foreign Direct Investment Almas Aidarov told to EFE agency.

“We will provide Iranian companies with any permit they need to start business in Kazakhstan,” said Issekeshev during the forum. He also added that 900 Iranian companies are active in different fields, mostly in chemical industries. Moreover, Kazakhstan imports some fruit and vegetables, as well as other goods from Iran.

The Kazakh entrepreneurs are interested in different fields, such as chemical and petrochemical production, construction, agriculture, textile, electronics, transport as well as finance and banking.

Since the lifting of economic sanctions imposed on Tehran in 2005, there have been dozens of visits by authorities from other countries seeking to revive trade and political ties with Tehran.

“We’re here because we want to take advantage of opportunities for our companies. During the visit, we’ve spoken about how we’re all open and interested in expanding our capacities. We’re two relatively large economies in which there is still much room to develop,” emphasised Aidarov.

A special attention was paid to cooperation in the field of export of Kazakh products to Iran, such as steel, building materials, pellets, grains and others.

As a result of the forum, a memorandum of understanding between the Baiterek Holding and the National Development Fund of Iran was signed defining the priorities of the companies’ joint work in the fields of industrial and innovative development, informational technology and other industries.