Kazakhstan Getting Ready for Election

By Malika Orazgaliyeva in Nation on 1 February 2016

ASTANA – All political parties taking part in the March 20 early parliamentary elections will be required to pay a mandatory election fee for their candidates, according to Central Election Commission (CEC) Deputy Chairman Vladimir Foos. 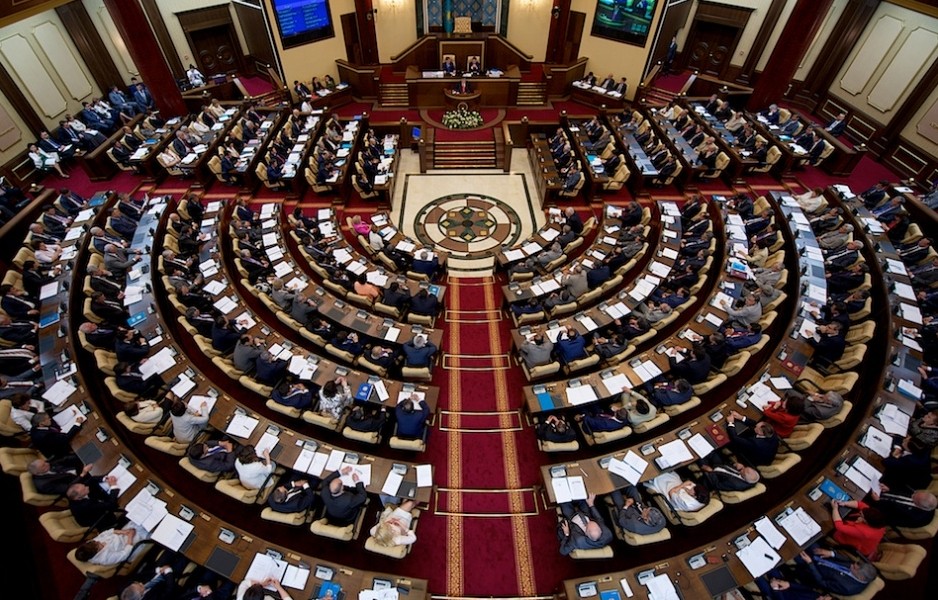 The election fee will be returned to the political party if it wins more than 7 percent of the vote, as well as in the case of the death of the party’s only candidate. In all other cases, the fee is non-refundable.

The future composition of the Mazhilis (lower house of Parliament) will be represented by more parties than in its previous composition, believes political scientist and director of the Alternative consultancy Andrey Chebotarev, according to a Jan. 28 report by Interfax.kz.

“The Auyl Social Democratic Party has certain chances in connection with its unification with the Party of Patriots of Kazakhstan,”he said during “Kazakhstan-Russia: beginning of a new political year,” an international roundtable held in Astana.“It is not clear about the Birlik (Unity) Party.They are working, but there is not much information.”

Chebotarev added the dissolution of the Mazhilis is linked to the fact that Kazakhstan is facing major changes, in particular the increased powers of the Parliament and government.

“During the last presidential election, President Nazarbayev carefully outlined that the state will focus on constitutional reform, which involves the transfer of power from the President to Parliament and government,” he said.“Holding an early parliamentary election is the first step on the way to build a new structure of the Mazhilis, with more parties represented. Apparently, the new composition of the Mazhilis will have to implement that transfer of powers in practice. This is my point of view.”