By Aiman Turebekova in International on 9 February 2016

ASTANA – The main directions of bilateral cooperation, such as strengthening political dialogue and a cultural exchange, development of relations in the field of transport, energy, tourism and infrastructure were discussed during Turkish Prime Minister Ahmet Davutoglu’s official visit to Kazakhstan on Feb. 6, the Akorda press office reported. 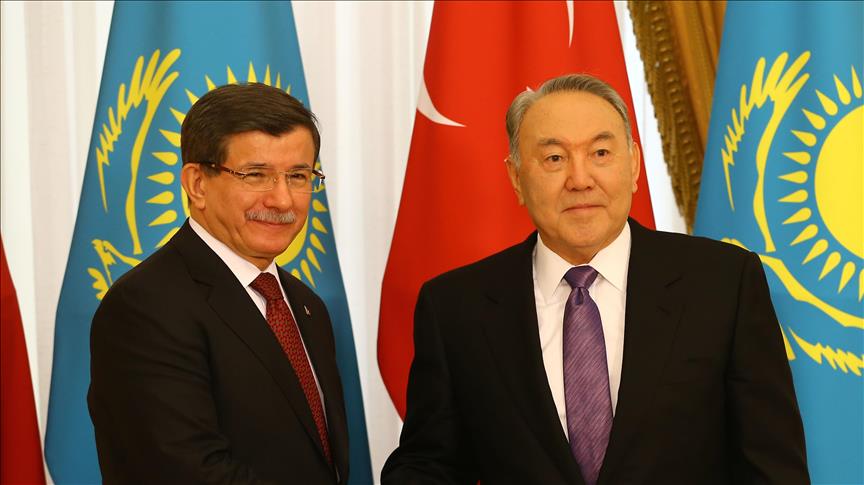 “This year, Kazakhstan will celebrate the 25th anniversary of its independence. From the first days of our sovereignty, we have been making every effort to bring closer our fraternal peoples. By working closely over the years with the leadership of your country, we have restored ties between Kazakhstan and Turkey. I became an initiator of the Cooperation Council of Turkic-Speaking States. There is a Turkic Academy in Astana, where scientists are exploring common culture and history of both countries. The value of Turkey is very large for Kazakhstan, and we will never give up our cooperation,” said Nazarbayev.

He also emphasised that growing geopolitical tensions around Turkey has an impact on Kazakhstan. “Today, it is necessary to continue the search for new ways out of the prevailing situation. Many of the causes of the events remain unclear. The conflicts in Syria and Iraq have shown a lack of unity among Muslims. We have become closer to a time of a conflict between Sunnis and Shiites, which was earlier predicted by the West. The crisis in relations between Turkey and Russia has become a big concern for Kazakhstan. The two countries are our important allies and partners,” highlighted the Kazakh President.

In turn, Davutoglu maintained that he always regards trips to Kazakhstan as coming to his home. He congratulated Kazakhstan on its 25th anniversary of independence and praised Nazarbayev for his contribution to the strengthening of bilateral relations.

“Relations between Kazakhstan and Turkey are intensively developing in all directions. We have implemented joint projects in transport, energy and other fields. And trade relations have been strengthening. If Turkey is a gateway for Kazakhstan to Europe, Kazakhstan for Turkey is the way to Eurasia,” Davutoglu said during his talks with Nazarbayev.