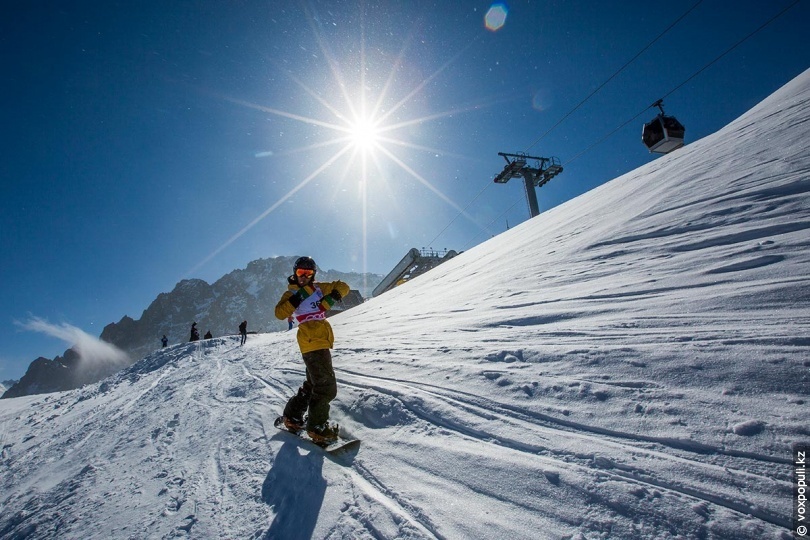 ASTANA – Snowboarding, one of the most fascinating and breath-taking winter sports, is relatively new in Kazakhstan but already very promising. President of the Almaty Federation of Freestyle and Snowboarding Askar Valiyev sees great prospects in developing the extreme activity and a bright future for the nation’s athletes.

“For Kazakhstan snowboarding is a very perspective sport, because the country has the tradition of winter sports. It is a young sport and I believe it has a big future. It is very interesting and trendy for the youth as well,” he said in a recent interview for this story.

Advanced in the United States in the 1960s, snowboarding became an Olympic sport in 1998. The trend came to Kazakhstan in the early 2000s, when the first commercial competitions took place at Shymbulak Resort in Almaty. 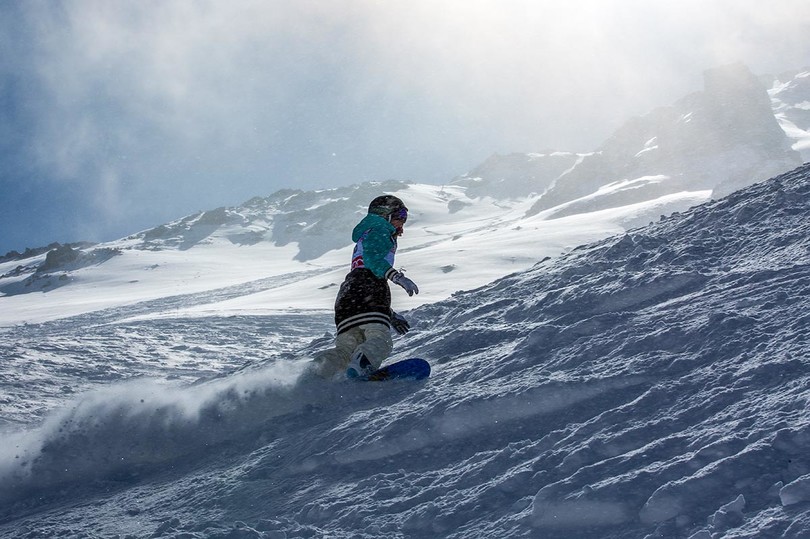 Snowboarding is only being promoted in East and South Kazakhstan, due to the presence of mountains and domination of steppe areas in the other territories. To date, the best result for the country’s snowboarding team was by Valeriya Tsoi, who won the license to the 2014 Sochi Winter Olympics. It was the first, but hopefully not the last Olympics for Kazakh athletes in the sport.

Valiyev has served in his post since the federation was founded in 2009. A former professional snowboarder, he represented the national team in the world championships and 2007 Universiade. Valiyev, who won the Almaty and national championships and worked as a member of the Sochi organising committee, noted the number of people who watched snowboarding on TV during the games exceeded those who viewed men’s hockey.

“Snowboarding is a very popular sport among youth. From all the winter sports, I would characterise it as the most Kazakh. I mean, Kazakh people have never skied. But they rode horses, so in some ways it can be compared to riding a horse when jumping on the bumps,” he said, smiling.

Shymbulak has a special club for children, where they can learn snowboarding basics. Sport School No. 7 in Almaty also has a snowboarding division.

“Unfortunately, after me and my friends used to be engaged in the sport actively, somehow the next generation was not formed. For now, we have only a few bright athletes who can take part in the championships at the international level. But everything can change in the next few years, because the next Universiade is coming and we have a group of young snowboarders that is actively preparing for it. Also, we need to send our team to the next Winter Olympics in Pyeongchang, South Korea. To achieve that, we have to work hard,” said Valiyev.

The sport is facing some difficulties in its expansion, he added.

“Snowboarding is a capital-intensive sport. It requires special courses for training, not like regular slopes in tourist resorts. Those courses require money. Also, there is a need for special equipment and uniforms. Athletes should take part in high-level competitions in order to develop their professional skills. The nearest training base is located in Russia, which also requires money to go,” he explained.

Valiyev suggested the possibility of initiating a public-private partnership which would bring social benefit and profit to its owners, such as the one proposed by Kazakh President Nursultan Nazarbayev.

“Here in Almaty we are missing a ski or snowboard venue where the Almaty team could train stably and which could host national and city championships or other continental contests with the participation of athletes from Uzbekistan, Kyrgyzstan, Russia, South Korea, Japan and China,” Valiyev noted.

“Existing resorts are not suitable, because they mainly were created for tourists, for comfort riding, not extreme sport. That might be a very attractive investment project – creation of the special facility for freestyle snowboard disciplines. There, people of different ages will be able to train and different events and parties could take place as well. During summer, it can be used for skateboarding and summer sports,” he said.

“It would be great if we had special snowboarding and freestyle venues with the facilities to compete in skiing and snowboarding,” said Valiyev.