By Malika Orazgaliyeva in International on 29 February 2016 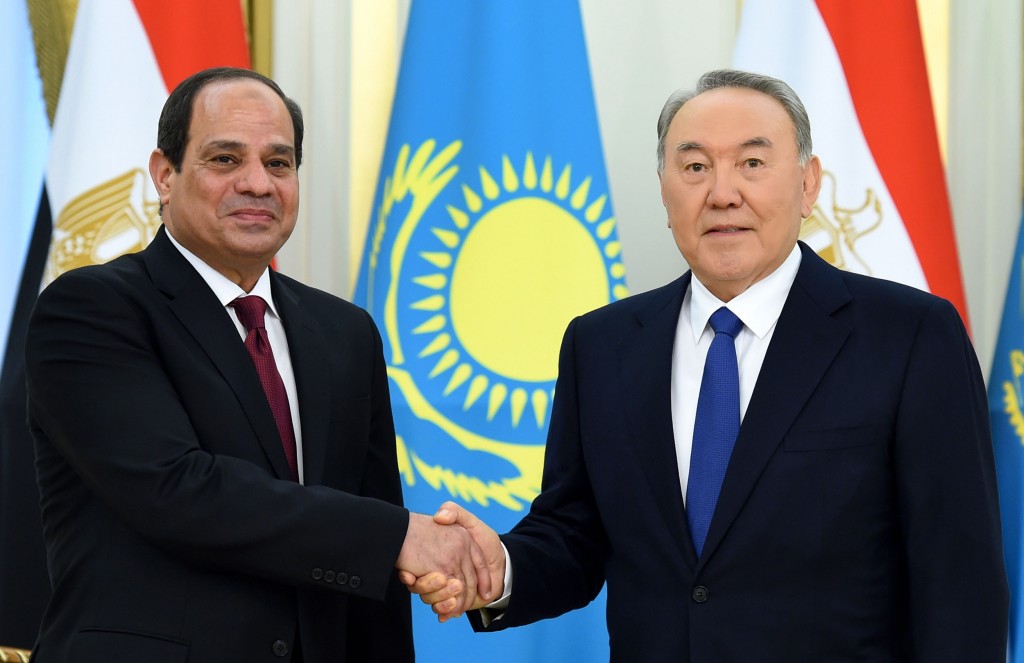 “We agreed to strengthen cooperation between Kazakhstan and Egypt in the framework of international organisations. We reached an understanding upon the raised issues, which demonstrates our similar points of view,” Nazarbayev said.

He noted that the first visit of el-Sisi to Kazakhstan will strengthen the partnership between the two countries.

“Our country is interested in the development of friendly and trustful relations with Egypt. This year, Kazakhstan will celebrate the 25th anniversary of its independence. We remember that in 1991 Egypt was among the first Arab states to recognise our independence. Since then, a lot has been done for the rapprochement of our peoples and countries. Over these years, I have visited Egypt many times,” Nazarbayev said.

He noted that Kazakhstan and Egypt, despite of the geographical distance, have great potential for the development of transport and transit links.

Nazarbayev stressed that el-Sisi became the President of Egypt in difficult times.

“We are very glad that in spite of the internal conflicts, bloodshed and revolutions of recent years, the people of Egypt expressed confidence to the new president. In your recent speech in the Parliament, you put forward new goals and objectives that we support. Egypt is one of the biggest countries in the Middle East and we want to continue our trustful dialogue on economic cooperation,” Nazarbayev noted.

“We support Cairo’s efforts to create a free trade zone with the Eurasian Economic Union (EAEU). Kazakhstan and Egypt are important players for the Chinese project of the Silk Road Economic Belt. The potential of our countries creates new opportunities for effective work in this direction,” Nazarbayev said.

The Kazakh President drew attention to the need of establishing long-term relations in the agricultural sector. According to Nazarbayev, Kazakhstan is one of the world’s leading grain exporters, whereas Egypt is the largest country that imports it. In the period of 2006-2010, Kazakhstan delivered more than one million tonnes of grain to Egypt. 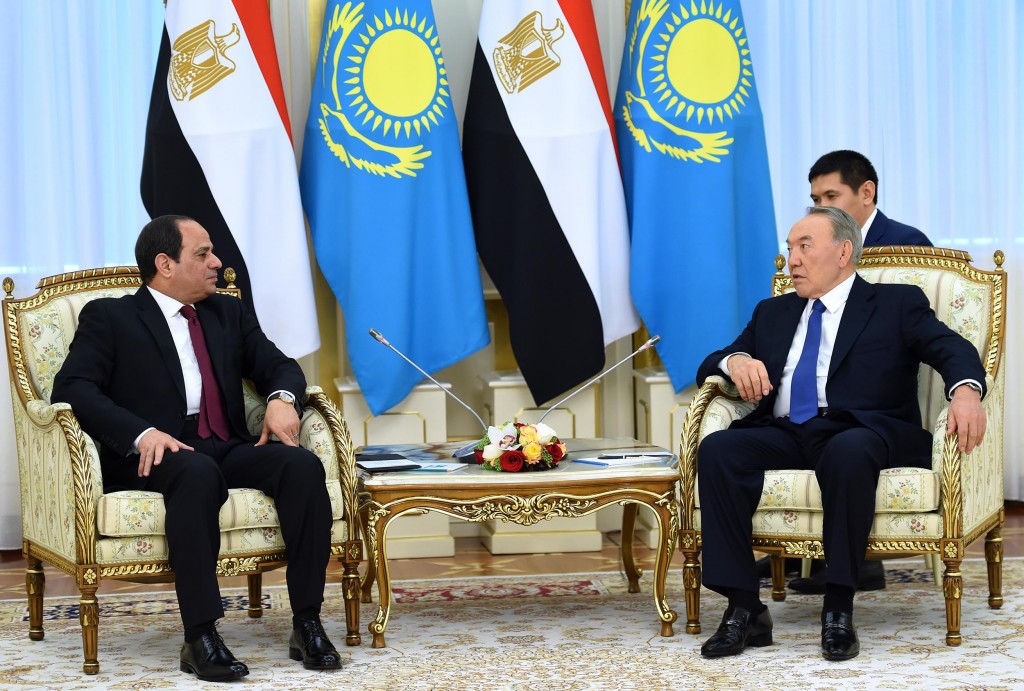 During the negotiations, it was noted that currently about 40 medical drugs and 30 medical products from Egypt are registered and sold in Kazakhstan. The Kazakh side proposed the Egyptians to open a joint venture for the production of medicine in Kazakhstan.

At a joint press conference after the talks, Nazarbayev informed that the sides plan to implement a number of investment projects, including the construction of resorts on the Caspian Sea. He also drew attention to the importance of cooperation in the space sector.

In the context of creation of an IAEA Low Enriched Uranium (LEU) Bank in Kazakhstan, the sides started considering the possibilities of cooperation in the atomic sphere.

Also, they expressed readiness to establish close cooperation in the fight against terrorism and extremism.

El-Sisi said that the Egyptians and the country’s leadership highly appreciate the level of bilateral relations between Astana and Cairo.

“We appreciate the support that Kazakhstan gave us in a difficult period for Egypt. The purpose of my visit is to further strengthen close ties between the two countries in all areas,” he noted.

Within the framework of El-Sisi’s visit, the parties adopted a joint statement by the heads of state and signed an agreement on Egypt’s participation in the international specialised exhibition EXPO 2017, as well as a charter of the Islamic Organisation for Food Security (IOFS). The IOFS, created under the auspices of the Organisation of Islamic Cooperation, is set to meet for its inaugural assembly on April 28 in Astana.

Following the meetings in Akorda, el-Sisi took part at the Kazakh-Egyptian Business Council with the participation of Prime Minister of Kazakhstan Karim Massimov. More than 100 business people from the two countries took part in the event and discussed possibilities for cooperation in pharmaceutics, tourism, trade, oil and gas, as well as transport logistics prospects.